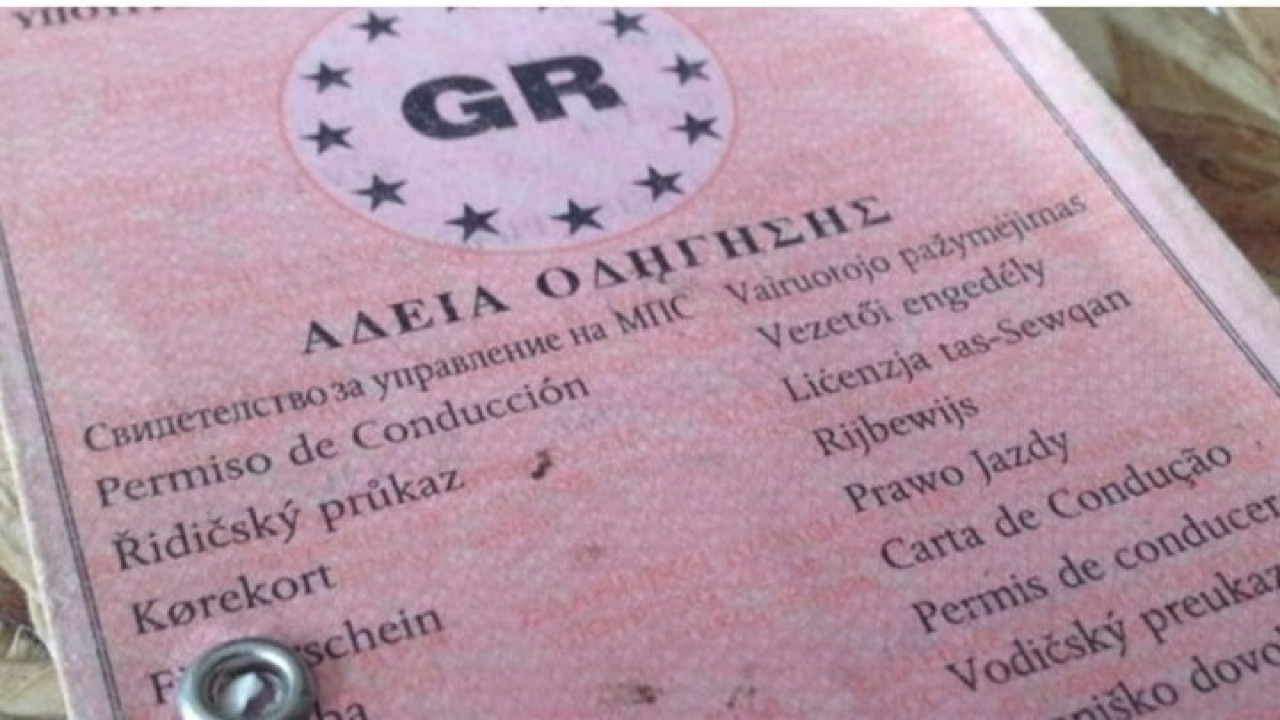 They issued 340 driving licenses making a profit of 680,000 euros. 13 arrests were made, of which eight are driving school owners

In dismantling a criminal organization who was active in publishing fake driver’s licenses and certificates of professional competence, the Directorate for Combating Organized Crime and Human Trafficking of the Security Directorate proceeded.

For the case were arrested on November 24, 2022 in Attica, 13 people, including 8 driving school owners and 4 employees of the Regional Unit of the Directorate of Transport and Communications of Athens.

In total, it is estimated that, at least since March 2022, members of the organization have illegally provided 340 driving licenses and Certificates of Professional Competence, yielding a benefit of 680,000 euros.

According to the Director of the Attica Security Directorate, Brigadier General Dimitrios Davalos, those arrested had drawn up a specific plan of action so that the candidates would pass the exams, making the most of the possibilities offered by modern technological equipment, such as earpieces, micro cameras and data relay devices internet (wifi modem).

According to the announcement of EL. AS the members of the organization they did not hesitate to use intimidation tactics, at the expense of specific officers of the service that conducted the exams, when they carried out intensive and surprise checks, resulting in the arrest of several examinees.

How did the circuit work?

Members of the organization sought out and contacted candidates who were unable to pass the exams, either because of ability or because they did not know the language. In this context, they were informed about the procedure, while the previous one of the exams they sent to the invigilators – employees, members of the organization, the photos and details of the examinees.

On the day of the exam, they placed audio-visual devices (louse-type headphones and a micro-camera) in appropriate places on the candidate’s body and clothes, while inside a backpack or bag, carried by the examinee, they hid a data relay device, so that they could have a live image.

In fact, they made sure to give special instructions about the clothes that the candidate had to wear, so that the devices would not be detected, while they also had shirts with pre-installed equipment, which they gave to the examinees. In several cases, however, the transmission of the image was achieved through “smart watch”, which carried a camera or placed it inside the protective mask against the coronavirus.

Then, during the exam, using this equipment, they directed the examinees and indicated the correct answers.

One of the characteristic elements of their action was that, in case the examinee was a foreigner and did not know Greek, xthey used an interpreterwhile when there were more candidates, the member of the organization who dictated the answers, alternately activated the “call waiting” function.

However, an important role in the success of the whole process was played by the supervisors, who, by failing to perform their duties, contributed decisively to the reduction of the chances of the subject being arrested.

As it turned out, before the examination, each candidate paid – on average – the sum of 2,000 euros, knowing that part of it, specifically 500 euros, was intended for an employee of the competent Directorate of Transport and Communications. The rest were divided according to the respective role (school owner, mediator, interpreter).

From the searches carried out in homes, vehicles, driving schools and employees’ offices, among others, the following were found and seized:

The arrested persons were taken to the Criminal Prosecutor of Athens, while the investigation continues, for the identification of other members of the organization as well as candidates who illegally obtained a driver’s license or Certificate of Professional Competence.