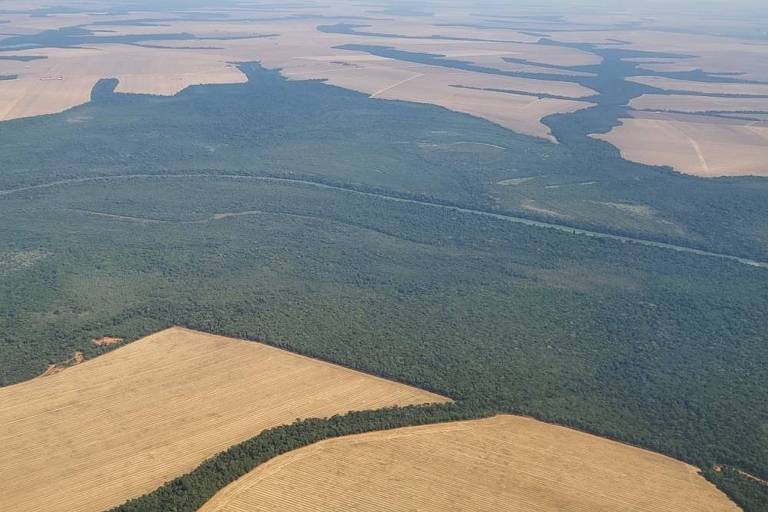 An article published in the journal Nature Ecology & Evolution this month found that the accumulation of hot spots in the Amazon in August and September 2022 was the highest since 2010. In addition to the record volume, exceeding 74,000 hot spots, the research group found that their cause did not result from extreme drought, as 12 years ago, but from recent human actions of deforestation.

“The idea for the publication came up when we analyzed data provided free of charge by the Inpe Queimadas Program”, says Guilherme Mataveli, a postdoctoral researcher at the Earth Observation and Geoinformatics Division of the National Institute for Space Research (Inpe) and a FAPESP fellow.

Generally, the occurrence of fire typically increases in these two months, which correspond to the period when meteorological conditions are more favorable for burning in about half of the Amazon. “But the high incidence of fires in 2010 was explained by an extreme drought event that occurred in a large part of the Amazon. In 2022, there was nothing similar, that is, the increase in hot spots was clearly related to other factors”, explains Mataveli, who studies – using remote sensing and modeling – the influence of land use and land cover on emissions of fine particulate matter from fires in the Amazon and Cerrado biomes.

When the group of scientists analyzed where the hot spots occurred, based on other data provided free of charge on Inpe’s TerraBrasilis portal, they observed that the majority (62%) had occurred in areas of recent deforestation. In addition, compared to the same two months of 2021, the occurrence of hot spots in areas of recent deforestation in August and September skyrocketed 71%; and the deforestation alerts issued by Inpe’s Deter System corroborated the analysis, indicating that the deforested area was 64% larger.

“Another analysis that presented worrying results was the location of these hot spots in relation to the land class, that is, whether they occurred on public land, smallholdings or small to large private properties”, says Mataveli.

The information is also available on Inpe’s TerraBrasilis portal and is based on the Rural Environmental Registry (CAR), an essentially self-declaratory instrument through which the owner of a rural property submits information about the environmental characteristics of his property to the responsible agency.

Of the hot spots detected in August and September 2022, 35% occurred on public lands where the CAR is not required, such as Conservation Units and Indigenous Lands. There was a 69% increase in hot spots in these areas without the CAR compared to the same two-month period in 2021. “In recent years, the Amazon has become more vulnerable to land grabbing and this significant increase in fires is one of the results of the process”, says the researcher.

The advance of fire, deforestation, forest degradation, illegal mining and land grabbing in the Amazon goes against the goals established internationally by Brazil to combat global warming, such as zeroing out illegal deforestation by 2028 and reducing it by 50% by 2030, when compared to levels of 2005, greenhouse gas emissions.

In addition to their negative impacts on biodiversity and the maintenance of essential ecosystem services for human life, such as climate regulation, uncontrolled deforestation and associated activities, they put the Brazilian economy at risk. Commodity buying markets, such as the European Union, are in the process of approving new regulations that prevent the purchase of goods produced in deforested or degraded areas.

“This article points to a systemic problem that must be seriously faced by society. The reversal of this situation involves punishing offenders, implementing efficient public policies, communicating with society and seeking alternative solutions, based on cutting-edge science, that are sustainable for the development of the region”, warns Luiz Aragão, co-author of the article.

“Identifying and holding accountable those who are illegally destroying the largest tropical forest in the world is one of the challenging tasks in the environmental agenda to be faced by the federal government that starts in 2023”, says the scientist, who signs the article alongside Luciana Vanni Gatti and Nathália Carvalho (from INPE), Liana Oighenstein Anderson (National Center for Natural Disaster Monitoring and Alerts), Gabriel de Oliveira (University of South Alabama), Celso HL Silva-Junior (University of California, California Institute of Technology and Federal University of Maranhão) and Scott C. Stark (Michigan State University).

Aragão, Anderson and Gatti are also financially supported in their research by FAPESP.

The article Record-breaking fires in the Brazilian Amazon associated with uncontrolled deforestation can be found at: www.nature.com/articles/s41559-022-01945-2. It is also available at: https://rdcu.be/cZT77.

Facebook
Twitter
Pinterest
WhatsApp
Previous article
Iran: Two of the Iranian actors arrested in protest video without hijab
Next article
La Niña: The destructive, climatic phenomenon – the opposite of El Niño – that brings famine and starvation