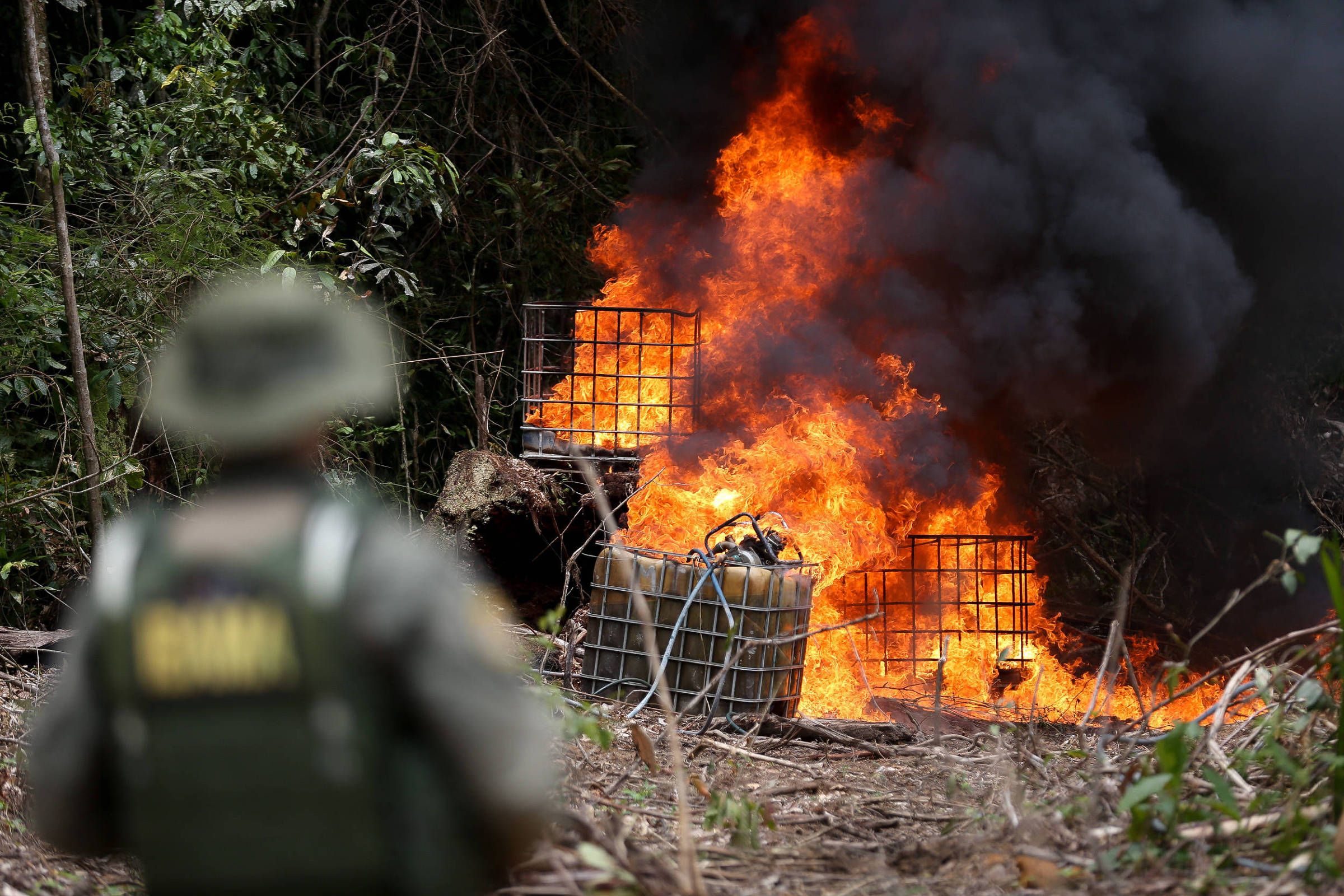 After the government of Jair Bolsonaro (PL) determined a blockade of BRL 90 million in the Ministry of the Environment, Ibama (Brazilian Institute for the Environment and Renewable Resources) runs the risk of a total stoppage of its activities in 2022.

The statement is made by the president of the body, Eduardo Bim, in a letter signed this Wednesday (30), to which the Sheet had access.

The freeze was carried out by the Ministry of Economy and the Civil House, through a Budget Execution Board directed to the Ministry of the Environment. Last Monday (28), the folder, in turn, determined that half of the total of R$ 90 million be blocked at Ibama.

The agency, in turn, responded that it would not be possible to paralyze that amount, but only R$ 12.6 million – according to people linked to the entity and heard by the report on condition of anonymity, this amount corresponds to everything in cash at the moment. .

THE Sheet questioned the Economy, the Environment and Ibama, through their respective press offices, but had no response so far.

In the document, Bim states that the blockade will affect the body’s functions already at the end of 2022, including for activities already carried out, but not yet paid.

In addition, Bim claims that Ibama will not be able to comply with any court decisions, “due to a total lack of resources”, it will have to cancel all its trips and hiring.

The document also shows that, as a response to this blockade, the agency is studying to completely suspend face-to-face activities, including field activities, moving the entire operation to remote work. The measure, if applied, may make, for example, inspection actions unfeasible.

“The non-continuity of the previously listed actions will directly impact the execution of the final activities of the final boards”, says the president, in the official letter.

Finally, Bim asks that the Economy and the Civil House reconsider the blockade, and that the Ministry of the Environment guide how the entity can avoid the “total paralysis of the body’s activities”.

“This blackout at Ibama is the password of this government opening the way for environmental crime and the immobilization of what was left of direct protection in Brazil”, says Denis Rivas, president of Ascema (National Association of Environmental Servants).

The blocking of funds comes shortly after a maneuver, spearheaded precisely by Bim, in favor of the prescription of environmental fines and which could reach 45 thousand processes, whose assessments to violators add up to R$ 18.8 billion —for the face value of the fines, no monetary update.

The amount “corresponds to about 75% of the total value of lawsuit liabilities”, says one of these documents.

On March 13, a report showed that a document from the agency itself pointed to the risk of prescription of more than 5,000 notices of environmental infraction drawn up in the Bolsonaro government, due to the inability to process the records for submission to trial.

On the 30th of the same month, another report revealed that an order signed by Bim annuls stages of environmental infringement processes and expands the possibilities of statute of limitations for fines.

Eduardo Fortunato Bim was nominated for the presidency of the body by Ricardo Salles (PL), then Minister of the Environment, currently a federal deputy elected by São Paulo.

Salles was dismissed from the ministry in June 2021, a month after the start of a PF (Federal Police) operation that investigated the former minister’s alleged participation in crimes of facilitating the smuggling of wood from the Amazon. Bim was even removed from office for 90 days by the STF (Federal Supreme Court), as part of the same operation – he returned to office afterwards.

The two give vent to President Jair Bolsonaro’s (PL) initiative to empty the environmental inspection bodies.

Bolsonaro defends that there are fewer fines and acted in this sense throughout his term. The promise was reinforced in the race for re-election.

Facebook
Twitter
Pinterest
WhatsApp
Previous article
Democrats in the US House will be led by black, woman and Latino
Next article
Blinken: Concern in NATO about Russia-China cooperation