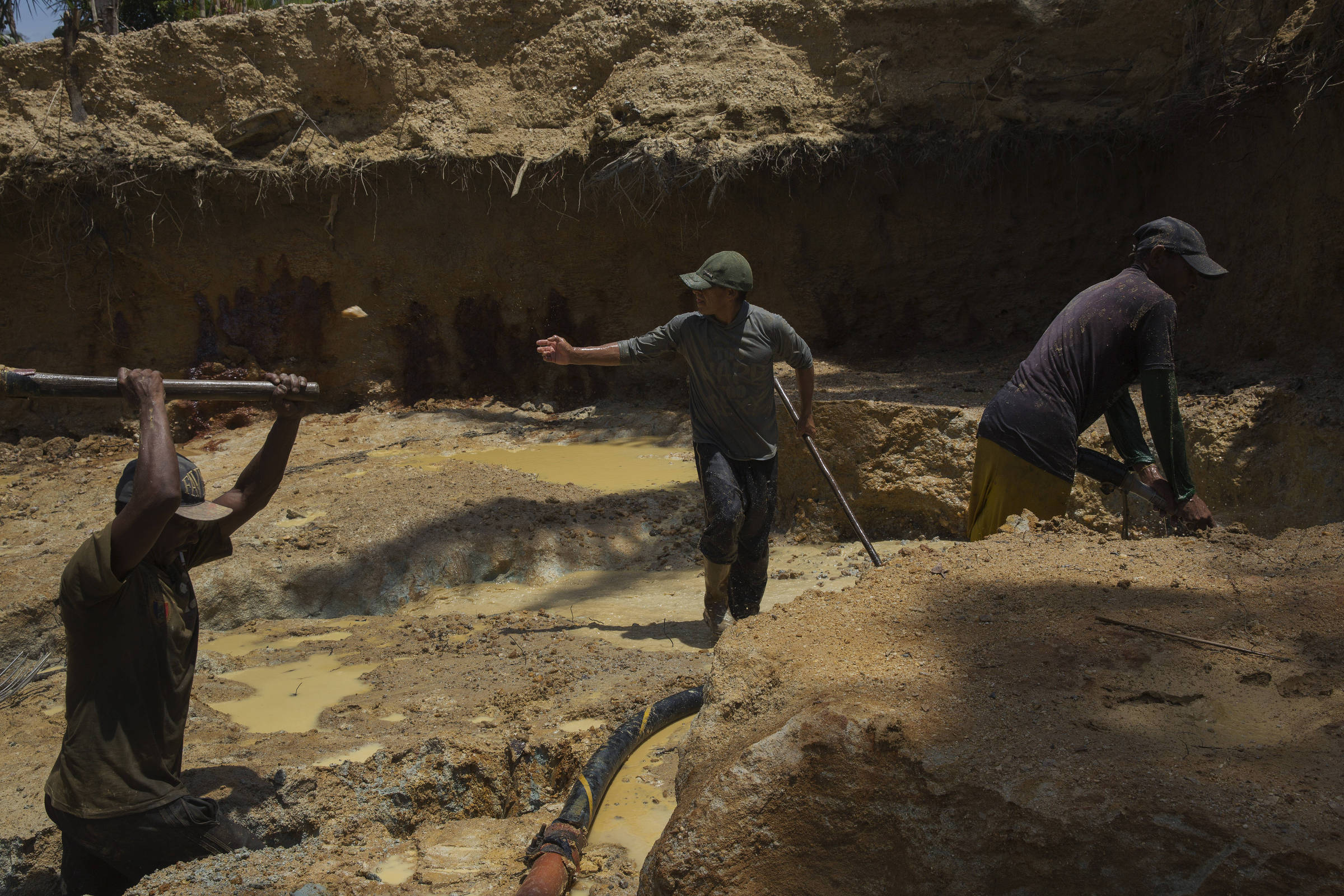 If implemented, the exploration of 242 mineral deposits in Renca (Reserva Nacional de Cobre e Associados), which covers parts of nine federal and state conservation units on the border of the states of Pará and Amapá, will imply the deforestation of 183 km² of Amazon forest for the installation of mines. Another 7,600 km², an area equivalent to seven cities the size of Belém, would be deforested with the construction of 1,463 km of roads to reach them.

Through analyzes of the history of land occupation in the north of the Amazon, researchers from the universities of São Paulo (USP) and Queensland, in Australia, concluded that the loss of native vegetation resulting from the construction of roads associated with mines could be 40 to 60 times greater than that caused by the mines themselves. The assessment of the environmental impacts caused by mining, therefore, should be expanded and include the analysis of damage resulting from the infrastructure necessary for its operation.

“Indirect impacts, which accumulate over time, are not usually evaluated in licensing and in the processes of opening new mines”, observes environmental engineer Juliana Siqueira-Gay, project manager at Instituto Escolhas and lead author of the study with these results published in July in the scientific journal Nature Sustainability🇧🇷

“The opening of new roads to serve the mines in the Amazon may also favor the illegal advance of mining, logging and land grabbing, in addition to uncontrolled urbanization.” She toured the Renca region in 2019 as part of her doctorate, completed in July 2021 at the USP Polytechnic School.

The region is under pressure to open up to mining. In August 2017, Decree No. 9,147 extinguished the reserve, which would facilitate research and mineral exploration in the region, but social pressure led to its revocation a month later.

“Since it is a decree, it can be suspended again at any time”, observes mining engineer and geographer Luis Enrique Sánchez, from USP, one of the authors of the article and advisor for Siqueira-Gay’s doctorate. “The federal and state governments need to analyze road projects, electricity transmission lines, in short, the entire infrastructure before suspending or approving projects of this nature”, reinforces the researcher.

The theme comes back to the fore: in 2019, Senator Lucas Barreto (AP) asked in plenary for the reissue of the decree that would end Renca. In the Chamber of Deputies, bill n° 191/2020 is being processed, which intends to authorize mining and other extractive activities in indigenous lands, and in the Senate the project of resolution n° 14/2022, with the objective of creating a parliamentary front to support mining in the Legal Amazon.

In the Amazon, mineral exploration can modify the forest within a radius of up to 70 km around mines, according to a 2017 study in Nature Communications, led by ecologist Laura Sonter of the University of Queensland, who co-supervised Siqueira’s research. -Gay and also signs this year’s article.

In other countries, the impact of similar economic activities is much smaller. According to a study published in July 2021 in the journal Conservation Science and Practice, a newly approved 88km road that will cut through the Harapan forest on the Indonesian island of Sumatra to transport coal production from a mine should cause a loss of 30 to 40 km² of forests🇧🇷

To assess the direct and indirect environmental damage from mining, Siqueira-Gay examined the transformations caused by mineral exploration in the vicinity of Renca, such as Pedra Branca do Amapari and Serra do Navio, both in Amapá, from 2004 to 2014.

“All the scenarios we elaborated based on this history of territorial occupation are bad, since deforestation advances through areas of high biological importance”, she says.

The engineer and her colleagues developed five scenarios to predict the environmental impact over the next 30 years, based on the greater or lesser opening of protected forest areas for mining. One of them provides for the exploitation of 170 mineral deposits in sustainable use conservation units, which would imply a loss of native vegetation of 131 km²; the roads between them would cause deforestation of 5,900 km². In another scenario, there would be 4,254 km² of indirect deforestation, 60 times more than direct, with the release of mining as a result of the exploitation of only eight mineral deposits in the indigenous lands of the Renca region.

When opened in the middle of the forest, a road creates many problems. One of them is that, when cutting the forest, the highway separates it into two areas, with consequences for biodiversity.

“The isolation of plant and animal populations in a portion of the forest increases the vulnerability of these species and may contribute to the local extinction of some species”, observes ecologist Jean Paul Metzger, from USP’s Institute of Biosciences, co-author of the study. “Furthermore, greater exposure of the edges of forest fragments to the sun and wind and to disturbances caused by human action can change the microclimate and the behavior of animals inside the forest.”

For Metzger, the environmentally less harmful alternative would be to open mines close to those already installed in the region, which would not need new roads, and far from areas of greater biological richness, the so-called hotspots🇧🇷 “It is also important, when necessary, to prohibit construction on the sides of the roads and to limit the time and speed of the vehicles that pass through them”, he suggests.

Like Metzger, geographer Carlos Souza Jr., from Imazon (Instituto do Homem e Meio Ambiente da Amazônia), who was not involved in the study, considers legal mining relevant for the country, but its expansion needs to be planned.

“Even in the most pessimistic scenario projected in this survey, the impacts must be underestimated, because for every new road opened legally, there are several unofficial ones, used for illegal purposes. And these new roads open up new fronts of deforestation, beyond the reach of the planned roads”, he observes. A study in which he participated, published in July in the journal Remote Sensing, identified 3 million kilometers of unofficial roads, out of a total of 3.46 million that cut through 40% of the areas with native vegetation in the Legal Amazon in 2020.

The USP researchers consider it important to draw up a plan that takes into account the regional —and not just local— effects of mining and values ​​areas of native vegetation that will be permanently protected, with no possibility of flexibility.

“The assessment of regional impacts is already being discussed in the mining sector”, says the sustainability manager at Ibram (Brazilian Mining Institute), Cláudia Salles. According to her, any changes depend on the “adherence of all actors, especially the public sector”.

Asked about the conclusions of the study, the ministries of the Environment and of Mines and Energy and the ANM (National Mining Agency) did not respond until the publication of this report.

Facebook
Twitter
Pinterest
WhatsApp
Previous article
Chip in the human brain: The first tests on humans by Elon Musk’s company are just around the corner
Next article
Gloria Estefan: I didn’t want my daughter to tell her grandmother she was gay

Hearts are breaking: Photos from the funeral of Major Marios – Michael Turoutsikas