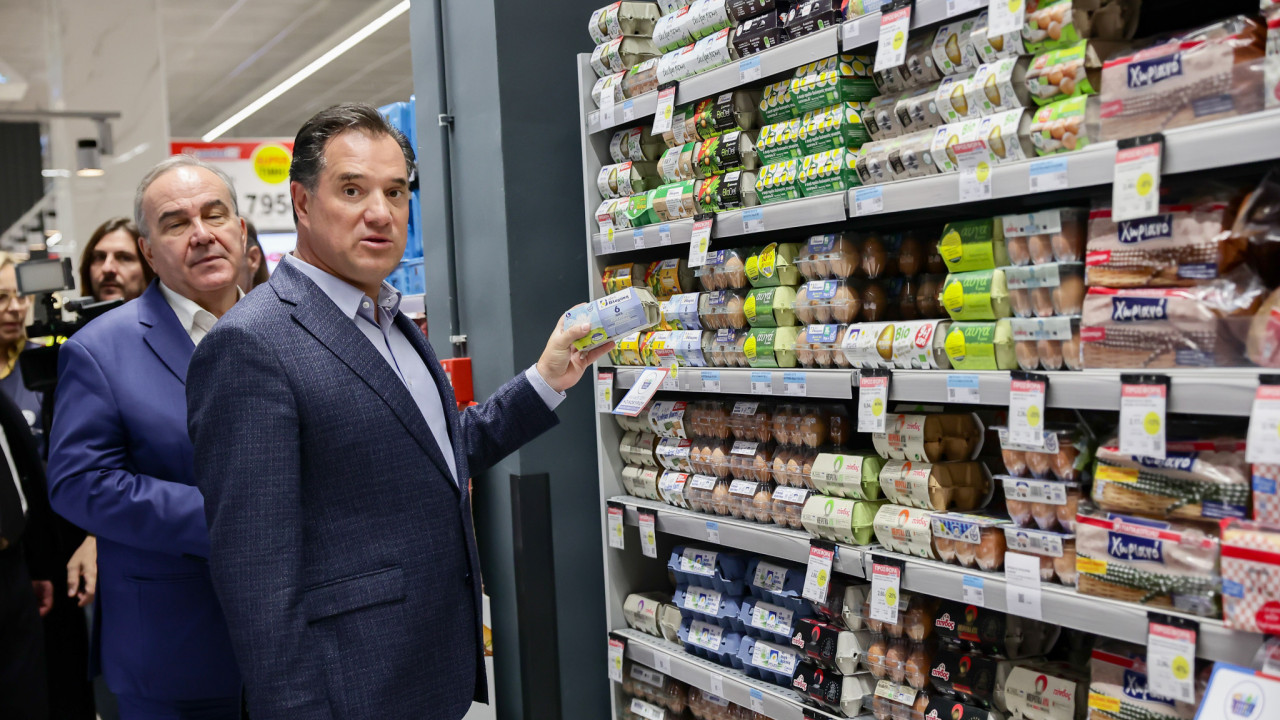 As every Thursday, the Minister of Development performed an autopsy in a supermarket, for the “household basket”, stressing that prices are falling

An autopsy in a supermarket for the “household basket” was also carried out today, Thursday, by the Minister of Development, Adonis Georgiadis, emphasizing that for the fifth week the prices are falling for many products, adding that every week the total value of the basket decreases.

The “basket” also keeps the prices of the products outside of it, noted Mr. Georgiadis, who also referred to the drop in inflation, stating that in the summer it was at 12% and now at 9%.

“Our goal is for the initiative to cover all Greek consumers. I am very happy and all the leadership of the Ministry of Development because two good events have happened. The first is that for the fifth week, prices on many products are falling and the total value of the baskets. We have succeeded to a very large extent in having prices remain stable at a time when inflation is running at 9%, but we have also succeeded in many products, over 200, in prices falling steadily from week to week,” Mr. Georgiadis emphasized. .

“The increases, the few you see, are in fresh produce. There they are greatly influenced by highly variable factors. All the chains have offered lower prices and this is something that gives us joy, because several thousand of our fellow citizens save a lot of money. And as I have said many times, the basket does not only work to hold prices inside the basket, but it also holds prices outside the basket” noted the minister and explained:

“We’re seeing non-in-the-basket industries over-bidding to attract customers and there’s been a general price hold. It is no coincidence that we had a drop in inflation in Greece for the second month in a row. We have a long way to go. We are not triumphant. The work will be long and many, but we are moving forward.”

As Mr. Georgiadis said, in the next few days, specifically from December 14, announcements about the holiday basket are expected, while there will also be surprises. “We will do everything so that our fellow citizens can find the festive table this year with a smaller increase compared to last year” concluded the minister.

Facebook
Twitter
Pinterest
WhatsApp
Previous article
Research: Overweight women are more at risk of long Covid-19
Next article
Beijing is putting water in its wine after the strong reactions to the harsh measures against COVID