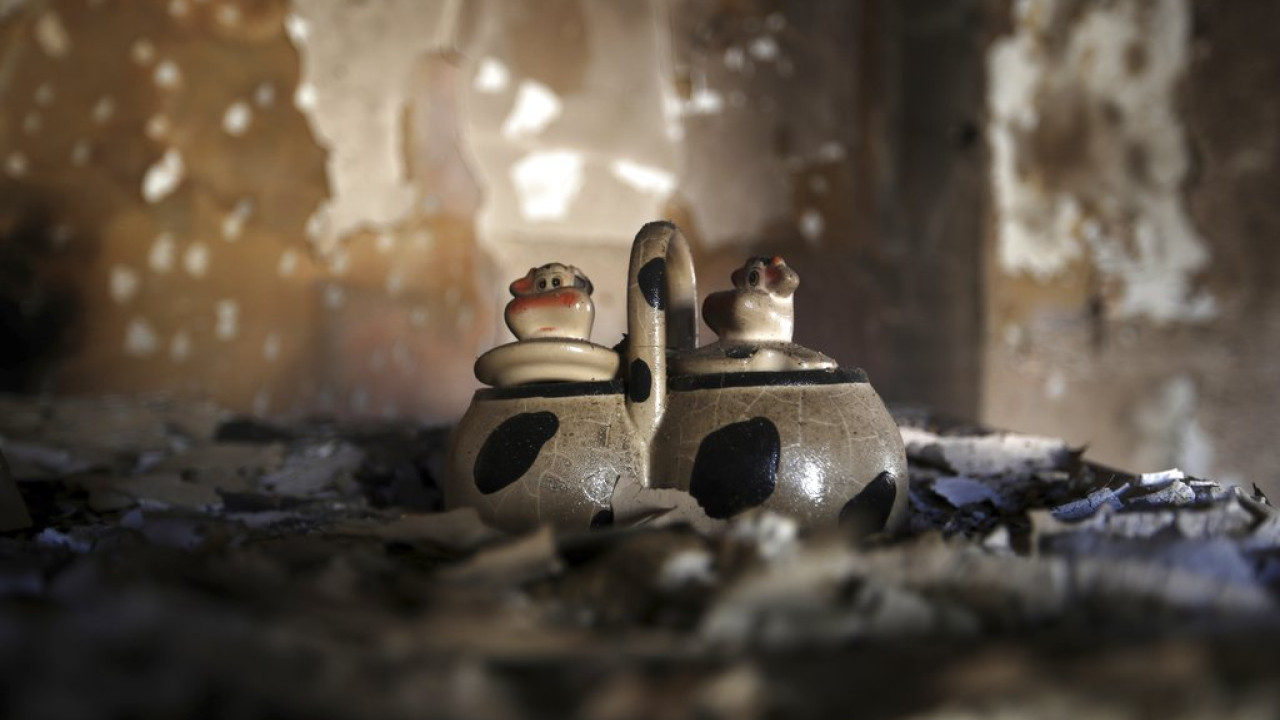 Trial for the Eye – Everyone was crying in the room: The heartbreaking testimony of Varvara Vakaki

“Today I’d like to be waiting for my kids to get home from school, not be here with you. Help the killings of our people in Mati be the last tragedy in this country.

For Evita, Andrea and Quick. They died in the fatal fire on July 23, 2018 by the criminal omissions and tragic mistakes of all the defendants. My husband and children were in Mati and I was going back and forth to Galatsi. I wish I wasn’t at work that afternoon. I wish I was with them. I was informed by the Internet that there is a fire at Daou Pentelis. I called my husband and he told me that I was worried for no reason. That he heard on TV that he is heading to Dionysus and we should be worried about our House in Drosia”.

During her testimony, sobs from all sides of the room were sobbed by the attendees, lawyers, citizens, everyone, while she described minute by minute the hell she lived through.

“I insisted, I kept calling. He went out to Marathon Avenue to see what was happening. Around six o’clock he went out to see. He called me and he was a different person. He was terrified because the fire was approaching menacingly. He would leave the house to find a safe place with the children. As soon as I heard this, I left the office. When I managed to find myself on Marathonios Avenue at the exit to Rafina, what I saw was terrifying. Motorized cars. They didn’t understand why they stopped. I was taking Quick, the kids were on their cell phones, they weren’t picking it up.”

At some point her son picked up his father’s phone. “The child was terrified. He told me that he is in the port of Matiou, that there were explosions and it was a chaotic situation. “I’m scared, mom!” told me. I told him I was trying to come find them. He tells me “you don’t come, we will come”. He was scared and I wasn’t there. To hold his hand and tell him that everything will be fine.”

In her attempt to reach Mati, a motorcycle shouted at her “Go back, you will burn, everything is burning”, but she did not stop. “I was taking Grigoris. Sometime around 6:30 p.m., when she answered the phone, she was screaming. “We’re on fire! You don’t get it! Where can you come to find us!”. My Grigoris did everything possible to save our children. It couldn’t have been mine. Not my children, not my husband. Not like that.” Barbara Voukaki burst out.

The woman described finding her boyfriend, Taki Balaska, and helping her find her family. “I told him to go to the house in Mati and see if he can find them. He takes me and tells me “there is no one at home” and that a part of the house was on fire and he was trying to put it out himself. Shall I say that again? Absence of state apparatus. I started to go to Mati loaded with all the things that I thought might be needed by people who have been through fire. Before reaching Agia Marina, I saw two police cars stopped and blocking the road. “Where are you going my lady? are you crazy Everything was burnt down” they told me and I replied “I’ll pass now, I’m looking for my daughter, my husband and my son”. Which Eye? Which area; There was nothing. Smell of burning, darkness, dead silence! There was nothing left alive. Just some people like us.”

Arriving at her home she saw an image of abandonment. “I understood that Grigoris was running to save himself. I pictured the moment I was talking to Quick and he was yelling at the kids to leave too evita would say “daddy let me put on my shoes” and call them “come with the flip flops”. I wanted to look for a way a way. We were going down the coastal road of Matiou. Abandonment. Burned. People who were looking for their own. I don’t know if you can step into our eyes and experience what we experienced. In what words? What strokes to paint that black picture?’

“We got to the point where the cars were on top of each other. Loss. It had charred people in it. Where were my people? Would I find them like this? I see my husband’s car abandoned. I say no here my husband and my children! Why is the car left unlocked? What compelled him? I did not know. I was calling their names. Who to answer? What should he answer?’ he reported.

He then headed to the port of Rafina. “I gave names and details. I went downstairs. The boats arrived, faces blackened, blankets, in a miserable condition. Panicked. Every time a boat came we ran. And when the boat left and none of our people got off, disappointment” he said and added:

“One of the times I’m at the Port Authority, an officer approached me and told me they found a little girl. From the photos I had given them…. She had a photo on her cell phone. He asked if he could show it to me. I told her yes. I thought it won’t be my child. And I saw the picture and it was no mistake and it was my Evita. With her pink t-shirt as she had sent me a video a few hours earlier. She was singing and I was laughing. Now he had no life. I had to go on. My life was over, but I had another child and a wife. I had to stand on my own two feet. To go down to the boats again to find them. The boats were coming and my people wouldn’t get off.”

The plot with death.

Without mental strength after the news of the death of her daughter, Evita, Varvara Voukaki continued the effort to find her husband and son. “At some point we learned that there was a plot of land, the Fragou plot. Where is this plot I ask. From the description of the point I collapsed. It was very close to where the car was found. I had passed out! I shouted, who can tell me that when I passed outside at night that in that plot I, the mother, had lost my child and my husband”.

“I want to go inside. Some policemen closed the barred gate. I tell them if you don’t let me in, you come in, my husband has a tattoo of the children’s names. A little later I saw the EMAK people coming. I begged them to come inside. I told us to recognize our people in Schistos and Mortar. Takis found some of his people and gave them information about my husband and my child. Then my service journey began. I can’t believe that from a fire, the non-existence of the state, without fire brigades, without air, you end up losing your own and going from one service to another. Not us, our people. To be dragged and run over and not one to know if your people are here.”

“I myself went to the refrigerators to see since you cannot give me an answer. At some point I was notified by the forensic service to provide dna to make the official identification for Evita. I asked to see. They allowed me to. Her little hands, her little fingers. I knew about my husband, but I wished for my Andrea. Until the last moment I was still hoping. They informed me that my Andreas was also identified and followed the path opened by my Grigoris and my Evita. My family is gone…”

Facebook
Twitter
Pinterest
WhatsApp
Previous article
A taxi driver threatened Yannis Stankoglou with a gun
Next article
Thessaloniki: Feverish preparations for the lighting of the tree – The market, decorations and actions

Car: How to remove ice from car windows