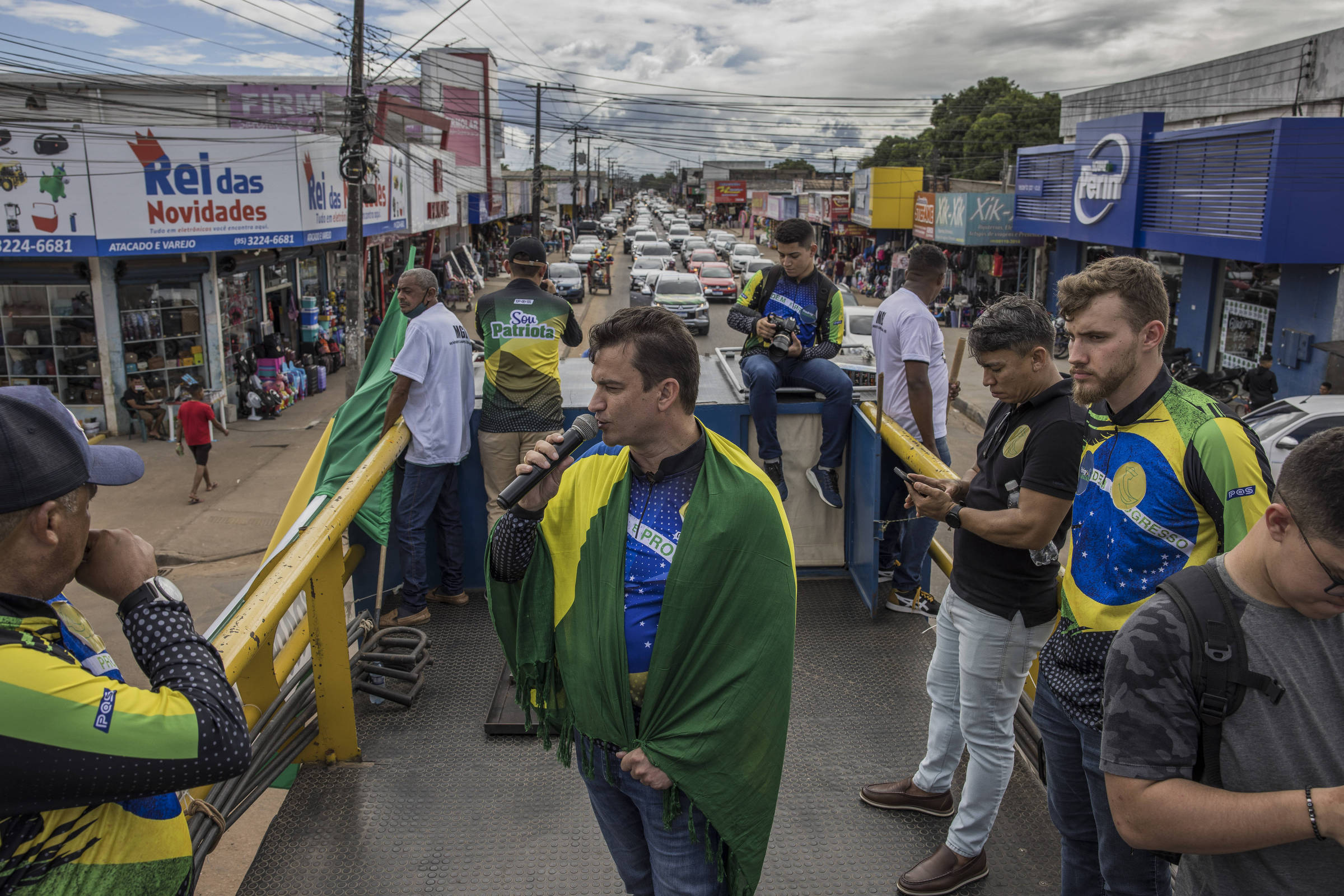 Known as Rodrigo Cataratas, the businessman leads a pro-mining movement in the state and was a candidate for federal deputy for the PL, President Jair Bolsonaro’s party. He was defeated.

In the complaint, the MPF states that the accused must pay a minimum compensation of R$ 36.8 million, and the money must be reverted in favor of the Yanomami people, as a way of repairing the damage. In a note, the defense of the accused stated that they have not yet been cited on the complaint.

The criminal group, according to the prosecution’s accusation, is a sister and a son of Mello. Two other people were denounced, another company of the group.

The prosecution piece has one hundred pages and was filed on November 8, in a process that is kept confidential in court.

The investigations mapped the existence of 23 aircraft at the service of the alleged criminal organization. The group, according to the MPF, acted as a “powerful logistical and economic gear” in mining in Yanomami land, both directly in the exploration of minerals and in the provision of infrastructure to other groups.

Mello even flew one of these aircraft to an event held on September 7 in the center of Boa Vista, in an act in favor of Bolsonaro.

The aircraft was stylized with colors and elements of the Brazilian flag and was placed at a central point of the demonstration. Bolsonaristas took photos and selfies with the helicopter in the background.

The Yanomami land has 20,000 invading miners, according to estimates by indigenous associations. Garimpos exploded in indigenous lands in the Bolsonaro government. The president is in favor of the activity and has encouraged it throughout the four years of his mandate. The president-elect, Luiz Inácio Lula da Silva (PT), promised the withdrawal of invaders from traditional territories.

“It completely escapes reality to want to relate the facts investigated to the President of the Republic simply because the client enveloped a helicopter with the colors of the Brazilian flag, when he was in an election campaign, as a candidate for federal deputy for the PL”, said the lawyer.

According to the defense, Mello has already proved that he is a miner, that he is the only person in Roraima with permission to regularly mine and that he still works in Pará and Rondônia.

Investigations also point out that a helicopter released to the group after appeal to the TRF (Federal Regional Court) of the 1st Region was used irregularly and suffered an accident that resulted in the death of two people.

The TRF decision returned the helicopter to Celso Rodrigo de Mello, the businessman’s son. Celso was arrested by decision of the Federal Court and has since been released.

The young man stated that he sold the aircraft and, therefore, would not be responsible for the accident. The MPF claims, however, that the sales receipt does not have the signature of witnesses. The notarization of the signatures of those involved in the business only occurred the day after the accident, according to the Attorney General’s Office. The last job of the alleged buyer was as a construction worker, according to the MPF.

The prosecution says that the scheme moved dozens of pilots and 3 million liters of fuel in just a year and a half. A single pilot made 13 trips in one day.

There is evidence, according to the MPF, that this apparatus was used in activities related to mining on Yanomami land, in addition to any legal activities by Mello.

In diligences at the headquarters of Mello companies, police found a deposit of banks removed from aircraft. The removal is carried out to free up space on the helicopters, so that they can mainly transport fuel to the mining areas in the indigenous land.

Mello is the one who “defines the direction of the activity, controls and manages the actions, including delegating tasks to several of his subordinates”, says the MPF. He was accused of usurpation of Union assets, extraction of mineral resources without authorization, formation of a criminal organization and other crimes.

The Federal Police suspect that the group moved more than R$ 200 million in two years.

“Regarding the use of fuel, Rodrigo has authorization from the ANP [Agência Nacional do Petróleo, Gás Natural e Biocombustíveis] to have tanks and storage of the substance”, said the businessman’s defense.

“With regard to the air accident with the HQU prefix helicopter, it cannot be said that the aircraft was involved in the accident, and even if it was, the helicopter belongs to a third party who acquired it many months before the accident”, he said.

Regarding the other details of the complaint, the accused will defend themselves in the case file as soon as they are cited, according to the lawyer. “The chance to defend oneself in the court documents becomes a relief in a country where a large part of the media has been lending itself to propagating lies”, stated Cruz.

Facebook
Twitter
Pinterest
WhatsApp
Previous article
For the first time since 1998, the World Cup group stage ends with no country having won three
Next article
Opinion – PVC: The only way to select Tite is to play well