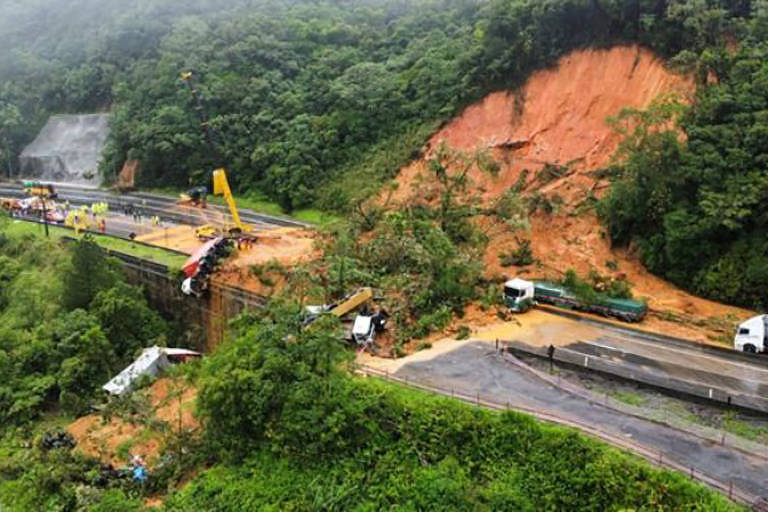 Storms that cause landslides, floods, knock down trees, poles and interrupt the power supply of entire neighborhoods. Sandstorms, snow and the coldest temperatures in decades.

The month of November 2022 was marked by above-average rainfall, unusual phenomena for the time and was described as “exceptional” by Climatempo meteorologist Josélia Pegorim.

“It was an exceptional month because we had unusual events, starting with the cold wave that swept the country in the first week, when we broke record low temperatures in decades. In the city of São Paulo, the minimum temperature reached 9.4ºC in the November 4th, according to Inmet [Instituto Nacional de Meteorologia]🇧🇷 It was the lowest for a day in November since 1974, when it reached 6ºC on the 1st”, said the meteorologist.

The Climatempo forecast is that December will see heavy rains in the same regions that were hit by storms in November.

Josélia Pegorim, who has been working in the area of ​​weather, climate and content monitoring for over 30 years, said that November was an atypical month in all regions of the country.

“We had extremely heavy rains, including in the entire northeast region, most of the north, Minas Gerais, Espírito Santo, Rio de Janeiro, east of São Paulo, Paraná and Santa Catarina. In Rio Branco, for example, the minimum temperature varied between 14°C and 16°C, when the average for the month, according to Inmet, is 22.6°C”, said the meteorologist.

She says that, during the first week of November, snow formation was recorded in the highest areas of the Santa Catarina mountain range, “which is unprecedented”, according to Josélia.

“The year 2022 has already entered my notebook of unforgettable meteorological situations. The cold of the first week of November, the snow, will not be forgotten. The 40°C in England and all the heat in Europe during the their summer changed the weather there,” he said.

But what caused this climate “confusion” in Brazil in November?

A set of factors

The Climatempo meteorologist explains that a series of factors caused these unexpected phenomena for November. One of them was the arrival of a very strong cold front coming from Antarctica that brought a cold wave to the country in an unprecedented way.

This cold front was so strong, she explains, that it would already be considered very strong even in winter. However, it was recorded one month before the beginning of summer, which will take place on December 21st.

“This mass was responsible for the heavy rain showers in all regions of the country. At the end of the first half of November, there were many occurrences of hail that devastated plantations in the south of Minas, São Paulo and Goiás. We also had dust storms in Morro Agudo, in the interior of São Paulo, on November 11. São Joaquim, in Santa Catarina, recorded frost on November 25,” said the meteorologist.

According to her, intense and resistant marine winds taken from the ocean to the continent also helped to cause heavy rain on the coast of Paraná, Santa Catarina and in the south of SP, which caused landslides and road closures.

One of these landslides dragged several vehicles and blocked the BR-347, in the region of Guaratuba, Paraná, on Monday night (28). This Friday (2), the Fire Department was still working in the region of the accident and estimates that 30 people could still be under the mud.

In the previous month, also in Paraná, the Iguaçu Falls recorded a flow of more than 16.5 million liters of water per second. This is the second highest record in history since 1997, when the measurement began.

The city of Cabrobó, in the hinterland of Pernambuco, for example, accumulated around 269 milliliters of rain in November, according to Inmet. That’s nearly six times normal for this time of year.

Another determining factor for the unusual weather events, according to Josélia, was the formation of the South Atlantic Convergence Zone, which was concentrated in the State of São Paulo. It is an area of ​​instability system that is stopped for a few days and affects some regions of the country.

“The influence of this system was felt in parts of the South, Southeast, Midwest and even in the North and Northeast. It collaborated for the formation of thunderclouds, which caused storms and more hail. The south is receiving a lot of sunshine because we are just a few weeks away from summer. This means that the atmosphere in Brazil is getting hotter and warmer and facilitates this formation of rain”, explains the expert.

Josélia also says that the La Niña phenomenon is also influencing the global climate for the third consecutive year. One of the effects caused by it is to collaborate for the organization of humidity corridors that can generate South Atlantic convergence zones, registered in the country in November.

“It facilitates the concentration of humid air in certain regions, helping to form many rain clouds. We cannot make an immediate correlation with climate change. But the year 2022 is completely exceptional. There were exceptional events in many areas of the world and several of them are examples of climate change. The biggest one is the heat wave that Europe experienced in the summer”, said the meteorologist.

Also in November, Epagri (Company for Agricultural Research and Rural Extension of Santa Catarina) recorded 686 mm of rainfall in the city of Schroeder, in the Itajaí Valley. This was the highest amount of rain ever recorded in the region.

To get an idea, this amount of rain is greater than that recorded throughout the year in cities in the Northeast. The average rainfall for a year in Petrolina, Pernambuco, is 419, according to Inmet.

The Climatempo forecast for the month of December is that storms will be recorded in the same regions where it rained above average in November. “It’s almost a repetition of what we had last month, like Espírito Santo, north of Rio de Janeiro and east of Minas Gerais”, says meteorologist Josélia Pegorim.

Takis Theodorikakos: “The despicable and unprecedented attack collapsed and has now taken the path of Justice”