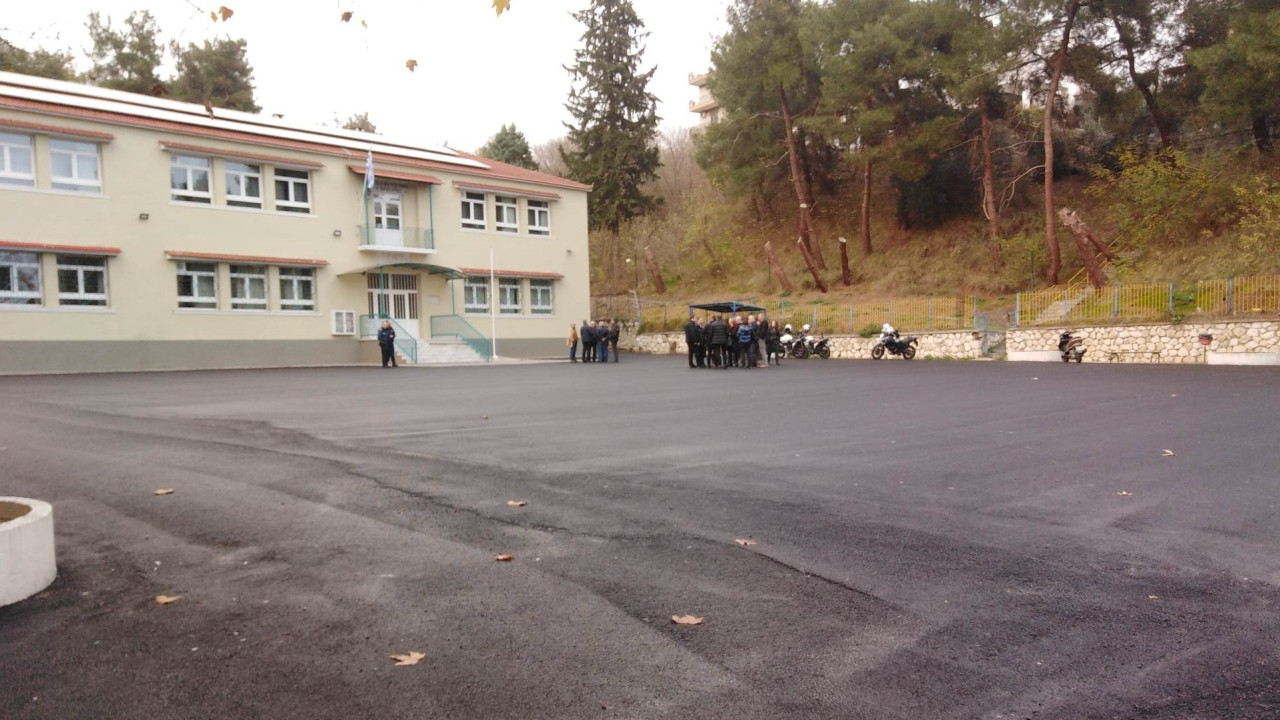 Serres: At 4 pm the funeral of the 11-year-old – “Balaki” the responsibilities between the municipality and the school

All schools in Serres are closed today, as a sign of mourning, for the young student who lost his life so unexpectedly

At 4 in the afternoon, the 11-year-old student of the 9th Primary School of Serres, who lost his life in a tragic way, yesterday afternoon, from an explosion in the boiler room which caused a door to fly out and crush him, is being buried.

All the Primary and Secondary schools in Serres are, today, closed in mourning for the young student who lost his life so unexpectedly, while the 9th Primary, where he also studied, will remain closed until further notice as they must be completed the investigations in the school unit.

Already, this morning, a special expert was appointed, who will investigate the exact causes of the boiler room explosion in order to then issue the relevant conclusion.

The climate is particularly heavy throughout the society of Serres for the young student and messages of support they arrive from everywhere for his family, who settled from Athens in Serres, the mother’s place of origin, a few years ago, in search of a better quality of life.

The board of directors of the teachers’ association of the Serres Regional Unit, with a particularly moving announcement, expresses its condolences for the loss of little Vassilis and bids him farewell with lyrics by Kostis Palamas: “Today it got dark early in our town. The same in our hearts. In a space that is intertwined with joy and creation, the act of drama unfolded that led us to absolute mourning. We are shocked and devastated. A “why” is drowned out by our uncontrollable sobbing. It is unfair. It is beyond our limits. Our thoughts go to the parents of little Vassilis. We sympathize and mourn his untimely loss. Words cannot convey what we feel. Our good child/ On the journey that the black horseman is taking you/ beg from his hand/ not to take anything”.

The mayor assigns responsibilities to the manager and contractor

The mayor of Serres, Alexandros Chrysafis, blames the director of the 9th primary school as well as the project contractor for the tragic incident. As he notes, since yesterday at noon he gave an order for urgent investigation in order to identify errors or omissions of all involved.

It is recalled that the director of the school Nikolaos Tsiotsios claimed that he never received any documents regarding the execution planning of the project and that he himself had refused from the beginning the energy upgrade of the school group. He also said that he had asked for any technical work to be done on Saturday and not during school hours, however, as he pointed out, he was not listened to by anyone involved. He also mentioned that the geothermal upgrade project in question presented many problems and was late to be completed.

The mayor of Serres states that the safety of the project was ensured by the Municipality: “in the project contract with the contractor it is expressly and unequivocally emphasized that any technical work will not be done during the school unit’s operating hours or if they will be done then the consent of either the manager or the municipality is required”. This, however, as he points out, did not happen as “we did not give any permission and were even unaware that the technical crew would visit the school”.

In fact, he brings as an example the 12th primary school where similar work is being carried out there as well, noting characteristically that “the contractor’s technical crew shortly after the completion of the work at the 9th primary school and long before the explosion, also visited the 12th primary school. There the manager did not allow him to enter. He told the technicians to come on Saturday to make the arrangements, as stipulated in their contract.” He also claims that he had no information that the principal of the 9th grade accepted for the crew to enter the school premises and carry out work.

Mr. Chrysafis also claims that the director of the school unit, where the explosion occurred, has not sent no document to him, nor to the technical service, nor to the school committee, expressing his opposition to the execution of the energy upgrade project and notes that the project in question in both schools (9th and 12th grade), through NSRA, it started in April 2021, however due to funding delays it got an extension and has now been completed.

Facebook
Twitter
Pinterest
WhatsApp
Previous article
Mitsotakis: Progress has been recorded on the issue of EEZ delimitation with Albania
Next article
Ukraine launches new attack on Russian air base