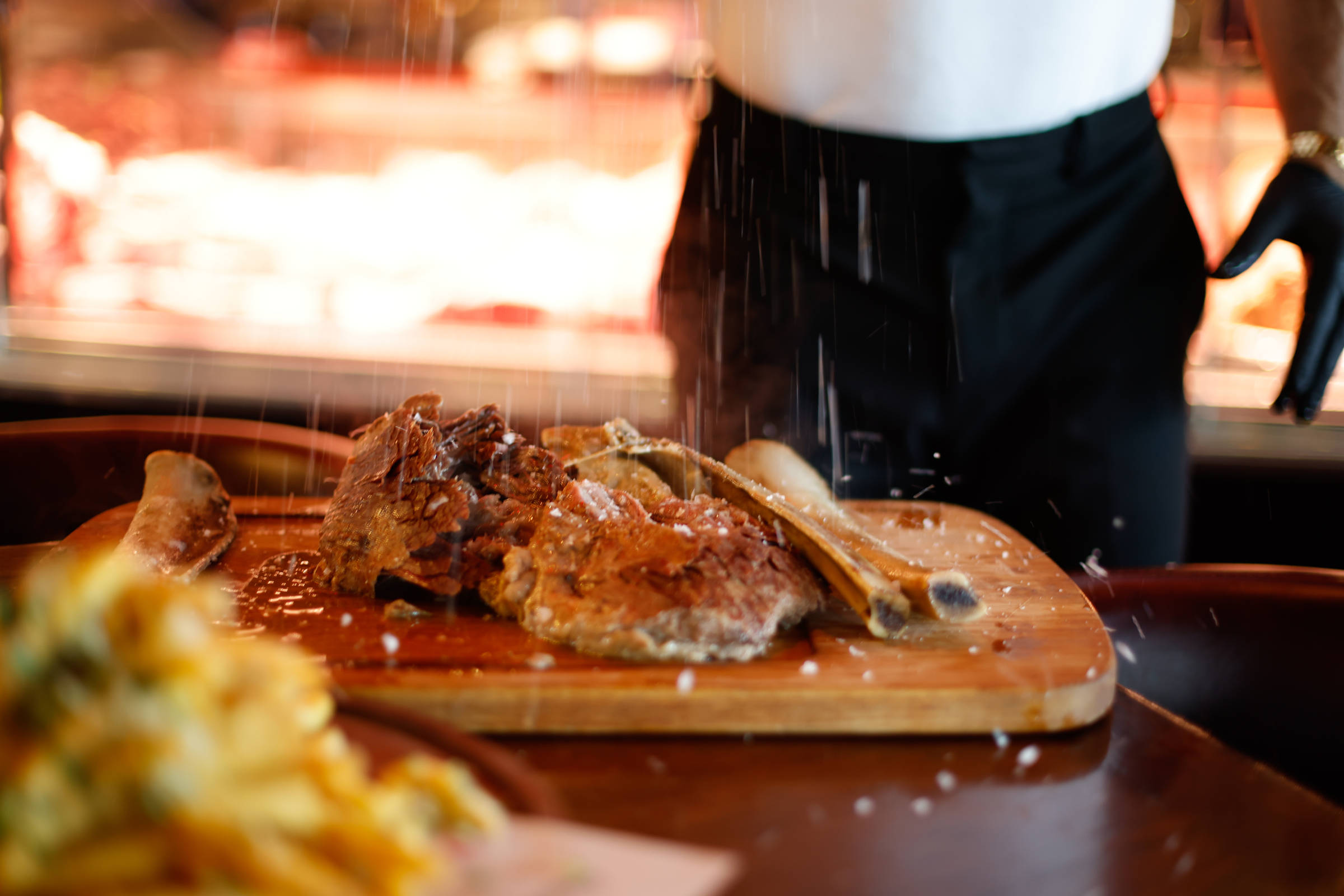 Opinion – Ivan Ralston: Players beat the universe that conspires against them and deserve to eat whatever steak they want

They asked for my opinion on the case of the golden steak, a subject that has been addressed by several journalists, sociologists and historians — some I admire, but with whom I don’t always agree. I believe that revolt is very selective and is part of the structural racism of our society.

Food adorned with gold is something very common in the daily lives of wealthy Brazilians. It never attracted me. I’ve never used it and never understood who uses it, but I don’t judge anyone who does either.

They asked if I would go to a restaurant and spend R$9,000 on a steak with gold leaf. No, not at all, even more so because I don’t consider the work of the restaurant in question serious. It’s a “see and be seen” type of restaurant—not for me.

To the super rich who want to spend their money better I recommend eating at Asador Etxebarri in the Basque Country. The steak will not have gold leaf, but will be from an old ruby ​​cow aged between six and ten years. They will certainly eat the best meat there is, and it will cost more or less R$ 2,000 per person, including alcoholic beverages.

If you want to spend less, I recommend Ultramarinos Marin, in Barcelona —the meat there is of equivalent quality, for a much friendlier price. A meal with everything you’re entitled to costs around R$300, and the meat will be of the same standard.

In Brazil, Cepa restaurant has been serving meat well above average. The chef there is always looking for the best in Brazil, super attentive to slaughter. However, being realistic, we still don’t have a meat at the level of the Spanish one. We have good wagyu, but for me this is inferior meat to the above, mainly because it is more cloying.

Returning to gold leaf: it is out there, in desserts, meat, roe, in the daily lives of the elite who frequent expensive restaurants in this country. Interestingly, I never saw any of these journalists, sociologists and historians speak ill of it.

Those who know me know that I hate this kind of thing and have been talking about it for a long time: gold, that barbaric relic that has long attracted human beings, but which, in my opinion, has no practical functionality in human life. . Neither in food, nor in rings, necklaces, or even in the baroque churches of Minas Gerais.

The World Cup has opened up the structural racism of our society. There were many articles in this coverage that I read that bothered me. One of them spoke about the value of players’ watches, in a very critical tone.

I strongly suggest that these journalists, sociologists and historians study some of the American hip hop culture. Like Brazil, the US also faces racism, however, at a much more advanced stage of development and integration than ours.

Over there, there is a cult of conquest and wealth, with the aim of showing what has been achieved through work —and, yes, this is a provocation to the white racist who is bothered when he sees a black person achieve what, in his opinion, see, it would be your privilege alone.

When a black wears an expensive watch, drives a luxury car or eats at a starred restaurant, it is up to all of us to see everything with the same normality with which the customs of the white elite are treated.

I read comments like “But, look at Mané from Senegal, he donates all his money and helps a lot of people, he is an example”. Yes, he is a very nice guy, who I admire, but that doesn’t mean that all black people have to be like him.

It’s time to reflect on the reasons that lead to this type of thinking. Most very rich whites use imported cars, expensive watches, live in gigantic houses, wear jewelry — why is it that when black people do the same he becomes news in the newspaper?

Let the national team eat what they want, use the car they choose and the watch they prefer. Accept it, get used to it. They are winners in a universe that conspired against them.

Listen to Racionais and become familiar with “Nego Drama”.

Facebook
Twitter
Pinterest
WhatsApp
Previous article
After being substituted in the anthem, Moroccan goalkeeper turns around and becomes a hero against Spain
Next article
Holland confronts past: King William-Alexander orders inquiry into colonialism