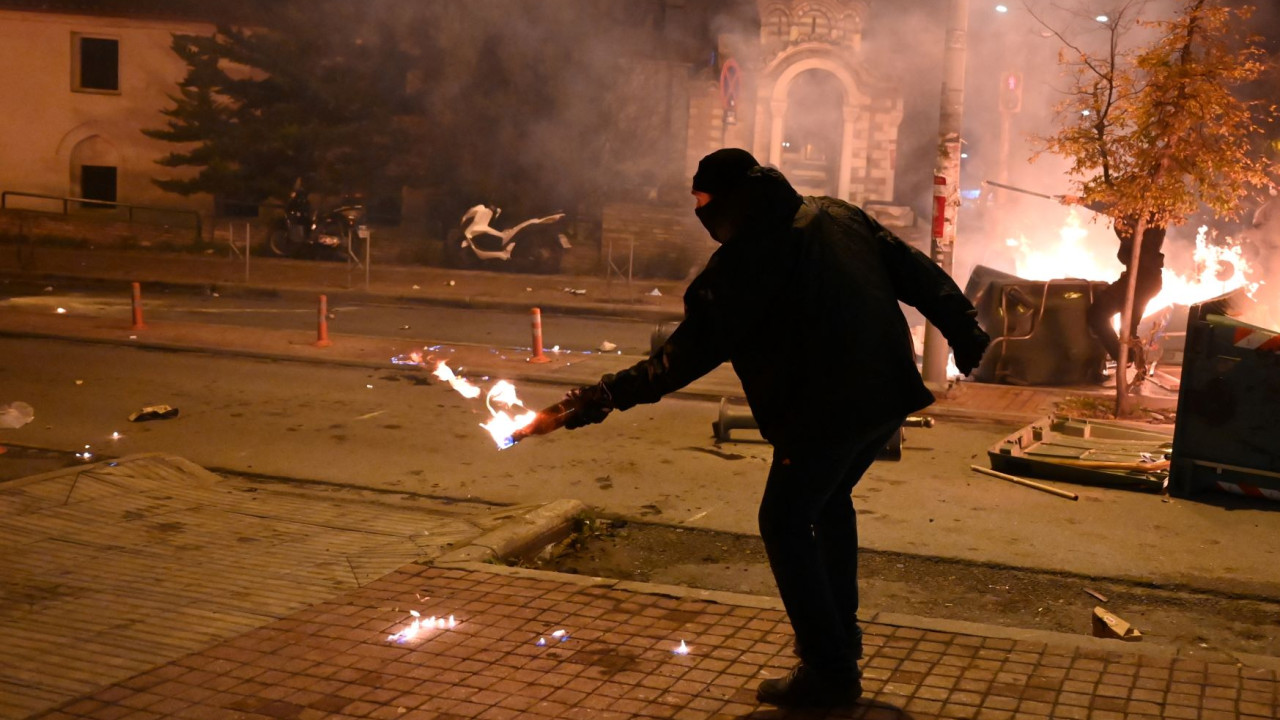 Serious incidents occurred in Athens and Thessaloniki after the memorial marches for the murder of Alexis Grigoropoulos.

In the area of ​​Exarchia after the end of the march, unknown people set up barricades and set fire to bins in Akadimias and Benaki, with the police responding with chemicals and flash bangs.

A manhunt followed in the narrow streets with the police using tear gas.

Incidents also occurred around Omonia where young people set up barricades and burned garbage bins. At the same time, damage was also noted to the validation machines at the “Omonoia” metro station.

Shortly before the start of the march in Athens, the police made six arrests.

Molotov cocktails, tear gas and fires in the center of Thessaloniki

Hooded men outside the Turkish consulate, on Apostolou Pavlou Street, threw hundreds of Molotov cocktails, flares and stones at the police forces, who responded with the use of chemicals. Afterwards, the scene of the tension was moved to Olympiados Street. Buckets were engulfed in flames.

Facebook
Twitter
Pinterest
WhatsApp
Previous article
Moroccan players pose with the Palestinian flag after qualifying for the quarterfinals of the World Cup
Next article
Previously feared rival, Spain leaves the Cup with a victory