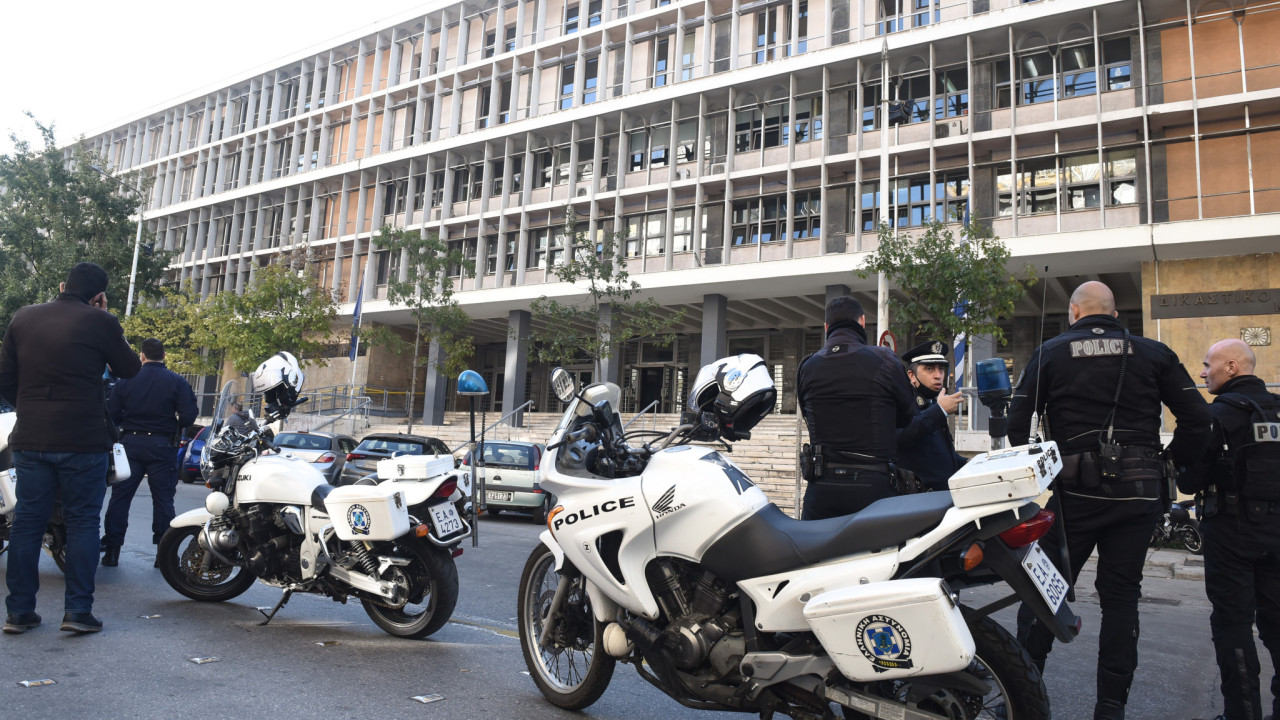 At this time, the 34-year-old DIAS police officer who shot the 16-year-old Roma in the head after a chase early on Monday is apologizing to the investigator at the Thessaloniki Courthouse.

According to information from SKAI, the police officer entered the Thessaloniki Courthouse from another entrance.

After the incidents that unfolded outside the Palace on Tuesday between gathered Roma protestors and MAT police officers, today strong police forces will attend the courts from early morning in order to avoid further incidents.

“Headache” for the police have sparked online calls made via social media both by Roma in northern Greece and by supporters calling for a protest rally outside the courts at the time the accused police officer arrives.

The 34-year-old, who is accused of attempted murder with possible malice, is expected to plead not guilty as he argued in his first deposit so even today he will maintain that he had no intention of injuring anyone.

In his testimony he specifically stated:

“I was shocked because frankly I didn’t mark either the driver or the cab of the farmer. I aimed as low as I could on the vehicle and never towards the driver or passenger side. Right now I can’t think how my shot ended up in the driver. I am truly sorry for what happened, because in no way did I aim and do not want to injure anyone».

The 34-year-old will describe in every detail what happened from the moment the employee of the gas station informed them that the driver of an agricultural vehicle put in fuel worth 20 euros and left without paying, until the moment he armed his gun and shot twice .

In his initial slash he had stated:

“While we were approaching at a lower speed behind them, as soon as I saw that the rural was going for the 3rd time to ram and run over my colleagues, I drew my gun and fired twice over the moving machine. Once in the air and once towards the farm vehicle down low. I couldn’t aim accurately because I was holding the gun with one hand. When I fired I was at least 10 meters away from the farm and I was about at the height of the lines. At this point the road has a small downhill slope and is a bit uneven, because large trucks pass through there and thus irregularities have been created on the road surface. As soon as I fired, I saw the rural vehicle deviate from its course and ended up on the wall of an adjacent hotel, a few meters later. Then my colleagues and I got off our motorbikes, took cover around us and radioed for reinforcements. After 3-4 minutes an OPKE team arrived at the scene and then we approached the agricultural vehicle. Once we got closer then we found that the driver of the vehicle had suffered a head injury. As soon as I saw the driver, I saw that he had a wound to the back of the head and there was a hole in the back window of the rural back in the headrest. Then I realized that the 2nd shot I fired hit the driver of the farm in the head».

In the documentary photos that saw the light of day yesterday, the dramatic moments are captured a few minutes after the 16-year-old was seriously injured by the defendant’s weapon.

In addition to the damaged van after the shots from the impact on the wall of an adjacent hotel, the hole from the bullet in the rear window of the rural car that hit the young man in the head is captured, as well as the policemen of the DIAS and OPKE team who arrived at the point of retrieving the young man from the vehicle in order to give him first aid.

In his testimony, the 34-year-old had mentioned about the critical minutes after the impact of the vehicle:

“After 3-4 minutes an OPKE team (they had requested reinforcements) arrived at the scene and then we approached the agricultural vehicle. Once we got closer then we found that the driver of the vehicle had suffered a head injury. After we established that the man was injured in the head, I took out a bandage and together with OPKE colleagues we tied the wound on his head. We immediately called EKAB, which arrived at the scene after about 15 minutes. As soon as he came, he picked up the injured man and took him to the hospital».

At the same time, the 16-year-old is being treated with severe head injuries at the Hippocrates hospital and is fighting to stay alive.

Facebook
Twitter
Pinterest
WhatsApp
Previous article
Sofia Vergara Is A Good Housewife – Cleaning In Her Sexy Bikini On Vacation
Next article
Volos: A 13-year-old who reported her father for beating her lived in a “crooked” house