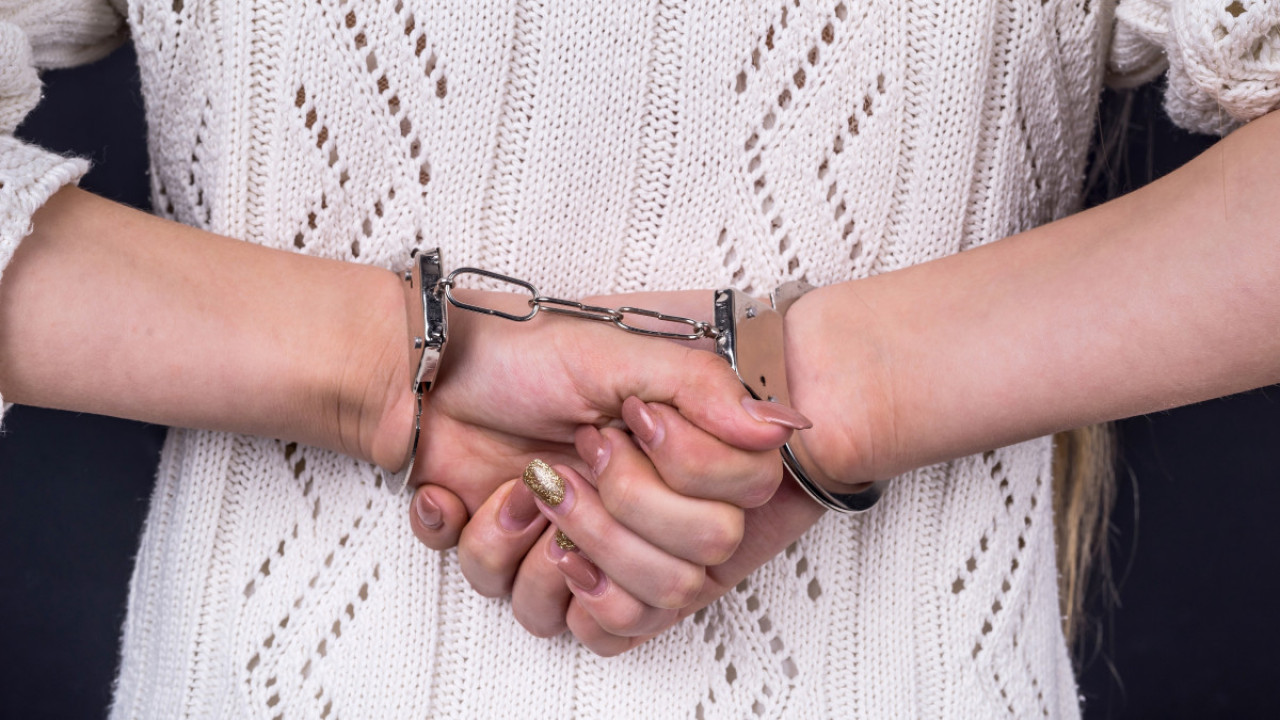 She was finally “stepped” by a Nafpaktos taxi driver 36 year old beauty from Ljubljana, Slovenia who defrauded the “Byzantino” hotel and a mini market on Bukauri Street in Patras during her 4-day stay in order to offer “pink services”.

After Patras she went to Nafpaktos, took a taxi there and of course as usual assured the taxi driver that she would pay for the ride by card making an electronic deposit to his bank account.

The professional just found out that the beauty him he cheated, went to Nafpaktos Security and reported the incident. So men of the Aetolian Security handcuffed her at the hotel in Corinth.

Police circles estimate that behind her stay in the hotels, and given the information that the persons who accompanied her changed, it is possible that she made “pink” appointments via the Internet!

There is information that an international warrant had been issued against her and she was on the wanted lists since September 2, 2021.

The Chronicle of Fraud

According to the police announcement, the woman was “arrested, the day before yesterday afternoon, by police officers of the Corinth Security Department, against whom a case file was filed for committing fraud.

At the same time, at the expense of the arrested a European arrest warrant was pending Slovak Authorities, for fraud cases.

Arriving at her destination, the defendant, under the pretext that she was unable to pay the monetary consideration in cash or by card, sent a virtual document to the mobile phone of the driver’s son, convincing him that the amount of (250) euros had been transferred.

As part of a complaint by the victim to the Nafpaktia Police Department and in cooperation with the police officers of the Corinth Security Department, the foreigner was located by the police the day before yesterday in Corinth and
was arrested.

From the preliminary investigation carried out by the officers of the Nafpaktia Police Department, it emerged that the foreigner had committed three more cases of fraud in hotels and mini markets as follows:

From 30/11/2022 until 5/12/2022, in Nafpaktos, the defendant stayed in a hotel under the pretext that her partner would pay and subsequently advance payment of the money via e-bankingsent via email, virtual proof that the amount of six hundred (600) euros has been transferred to his account
hotel.

From 26-11-2022 until 30-11-2022, in Patras, the accused defrauded hotel employees in the same manner, to whom she sent fictitious and false proofs and she did not pay the price for her overnight stays and the additional hotel services that had been provided to her.

On 01-12-2022 in Patras, the defendant ordered products worth 150 euros from a mini-market in Patras, which she received, deceiving the store managers and without paying the relevant price.

From a dactyloscopic examination of the arrested woman, it emerged that she has been in trouble with the authorities in the past, declaring different identity details, while the restrictive conditions of the guarantee of 10,000 euros, the appearance at the Police Department of her place of residence and the ban on exiting the Country were pending against her. for affairs
committing fraud repeatedly.

In addition, a European arrest warrant was pending against the arrested woman for fraud cases, which she had committed in Slovakia.