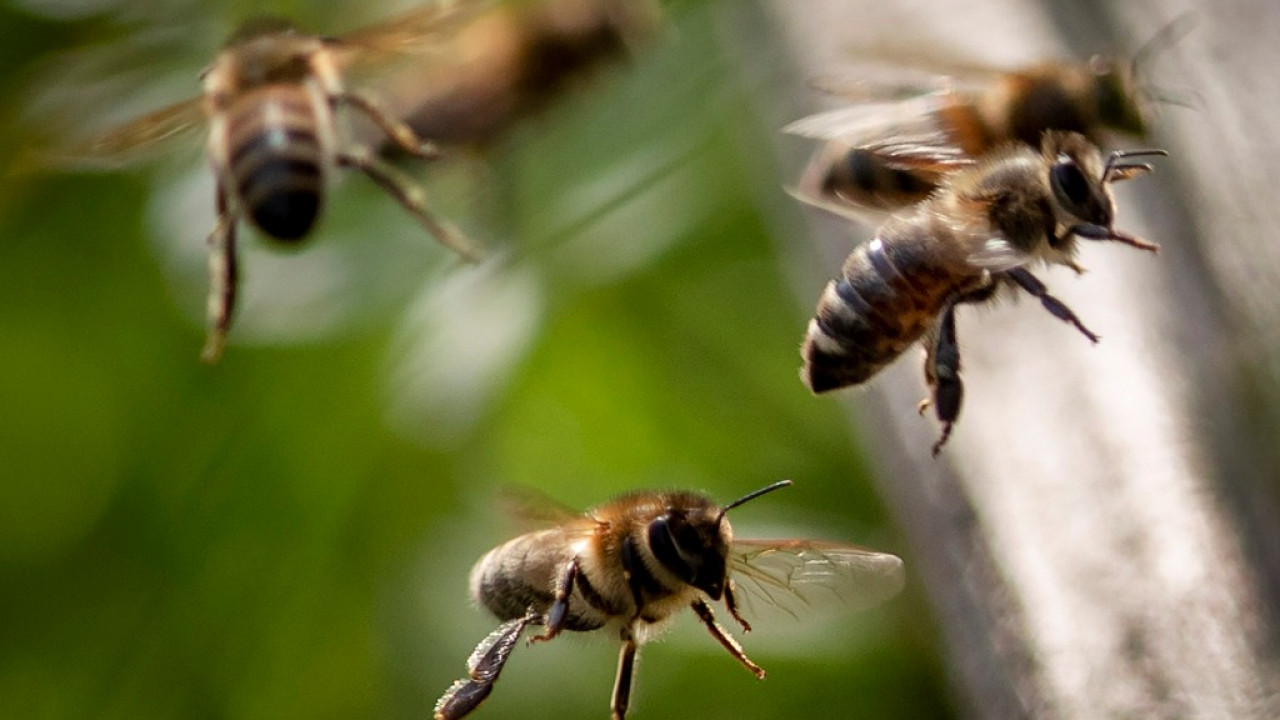 The reduction in pine honey production in Crete is dramatic – What producers fear, what scientists say and how climate change affects

The beekeepers of Crete are sounding the alarm against the backdrop of rapid decline in pine honey production on the island, which exceeds 60%.

Speaking to APE-MPE, the president of the Beekeeping Association of Eastern Crete and vice-president of the Federation of Beekeeping Associations of Greece, Kostas Leontarakis, said that the problem has been strongly identified in the last decade, but especially in the last two or three years, the limitation of production creates anxiety for the future.

“The pine harvest as a whole throughout the summer, in all honey secretions – because it has two to three stages of honey secretion of the pine tree – was around 20 to 25 kg per hive and now it is almost zero” said Mr. Leontarakis who added that given that pine honey was the one that prevailed in Crete as the “champion” variety and on the other hand, the increase in production costs, create an extremely worrying situation.

“Is very disturbing, if you imagine that production costs have skyrocketed. For example, we used to get sugar for 55 cents and now we get it for 1.40 euros. When we don’t even get honeydew, you understand that we have a problem not of survival, but of existence,” Mr. Leontarakis told APE-MPE.

In order to deal with the problem, the presidencies of the beekeeping associations of Crete, and the researcher-representative of ELGO DIMITRA Sofia Gounari, visited the regional governor of Crete, Stavros Arnautakis, where they discussed the intention of signing a program contract between the Region of Crete and ELGO DIMITRA for the creation of a network for monitoring and informing beekeepers about the honey secretions of the Cretan pine, in order to scientifically search for the cause of the problem and how it can be effectively treated in the island’s pine forests.

The action of the network, as Ms. Gounari reported to APE-MPE, will concern the entire island.

“Without exact data, we could say that pine honey may have constituted up to 60% of the annual honey production in Crete and let’s not forget pine thyme honey, the PDO honey that Crete now has, which at this time and this is affected dramatically” said Mrs. Gounari, who added that the issue may be linked to climate change, however it is multifactorial.

“It cannot be due to a single factor and that is why it must be investigated. The pines and the honeydews need to be monitored to see what the critical factors are.

Probably a large percentage of the responsibility lies with the change of climate and the scarcity of water that affects the island for many months and the high temperatures, but this is a factor” explained Ms. Gounari, who also explained that the pine as a system, it has elements, which are connected to the well-being of the tree, the honey-producing insect, the bee, the bee that takes the honey secretion, but also the beekeeper himself with his manipulations.

“The dominant factor is the weather, but the goal is to monitor for at least three years in order to draw conclusions, as for this to happen, we need to have years of data in order to do statistical processing and arrive at which of these factors consistently affect the honey production” added the Director of Research at ELGO DIMITRA’s Institute of Mediterranean Forest Ecosystems.

However, targeting beyond the observation that will bring answers about the conditions and the reasons that brought about this reduction in production, it is necessary, as stated by Mrs. Gounari, “to continue monitoring because these things are not stable” and how ” the main goal is for all this work to pass to one body so that at some point we may be able to reach a system for predicting the situation that we will have to deal with every year.”

Facebook
Twitter
Pinterest
WhatsApp
Previous article
Serres: Archaeocapilos hid coins from Hellenistic, Roman and Ottoman times in his house
Next article
Grandfather of 16-year-old Roma to SKAI: If the policeman is not tried, we will take the law into our own hands