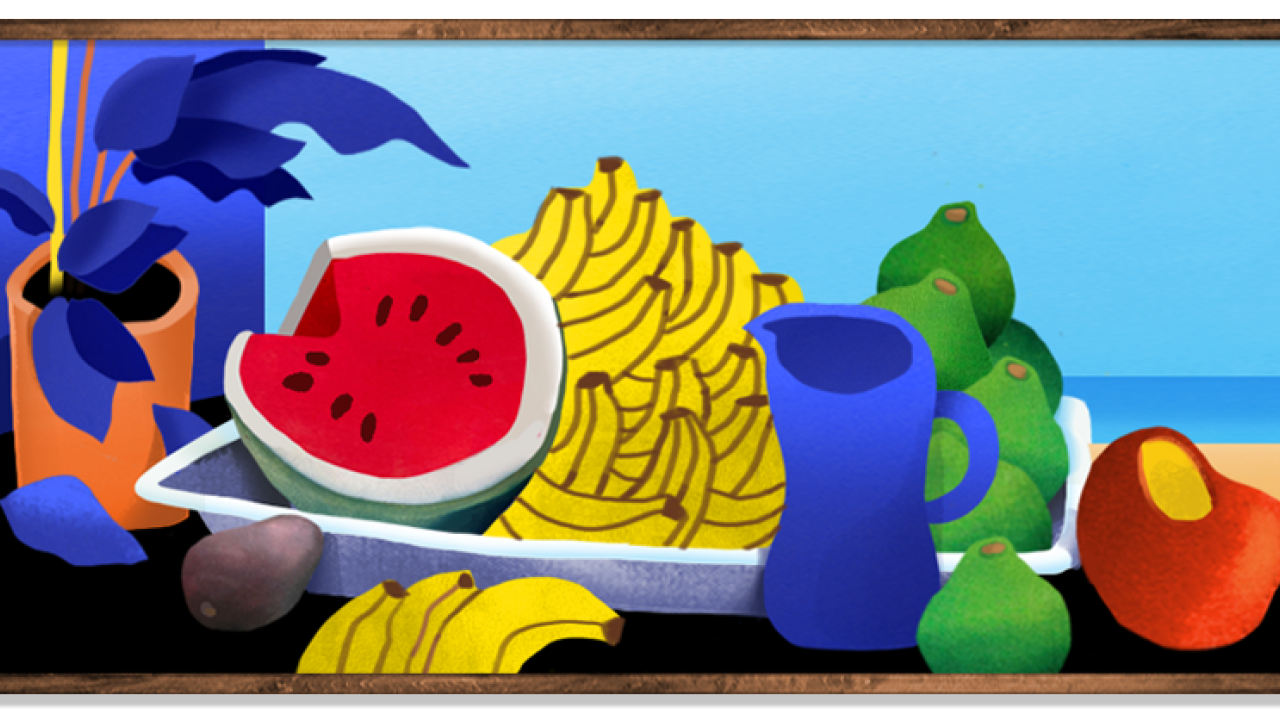 Today’s Doodle honors Ana Mercedes Hoyos, a distinguished Colombian artist. She was an award-winning painter and sculptor who won over seventeen national and international awards.

Born into a family of architects in Bogotá, Colombia on September 29, 1942, Ana Mercedes Hoyos was encouraged to study art history from an early age. He attended Colegia Marymount before studying visual arts at the University of the Andes.

She initially explored more minimalist and abstract styles, which led to her first Ventanas (Windows) series. Many consider this collection the turning point of her career, as she won the Caracas National Salon of Artists Award in Colombia.

In the following decades, Hogios ventured into new spheres. In the mid-1970s, he launched Atmósferas (Atmospheres), a series exploring the parameters of light that gained international recognition. He then created works with flora and fruit commonly found in Carthage, where he lived in the 1980s.

These still lifes combined exaggerated light with explosive tropical colors to capture the rich cultures and landscapes of the Caribbean. Hoyos’ paintings depicted Afro-Colombian heritage in a magical, enchanting way.

What are Google Doodles?

Google doodles are created by Google to celebrate events, anniversaries and birthdays of artists, scientists, musicians and other special personalities.

Google’s team of doodle engineers and designers (known as doodlers) are always looking for new and interesting ideas.

The first doodle was created in 1998, when Google founders Larry Page and Sergey Brin, in order to inform users that they would be away (they wanted to go to a festival in the Nevada desert), placed the drawing of a stick figure behind the second “o” of the company logo, thus informing users that they are out of the office.

The idea was liked and since then it has been established and enriched.

Facebook
Twitter
Pinterest
WhatsApp
Previous article
Budget 2023: Voted today in Parliament – The new relief measures for households and businesses
Next article
Elon Musk: He will reinstate the accounts of the journalists he suspended on Twitter