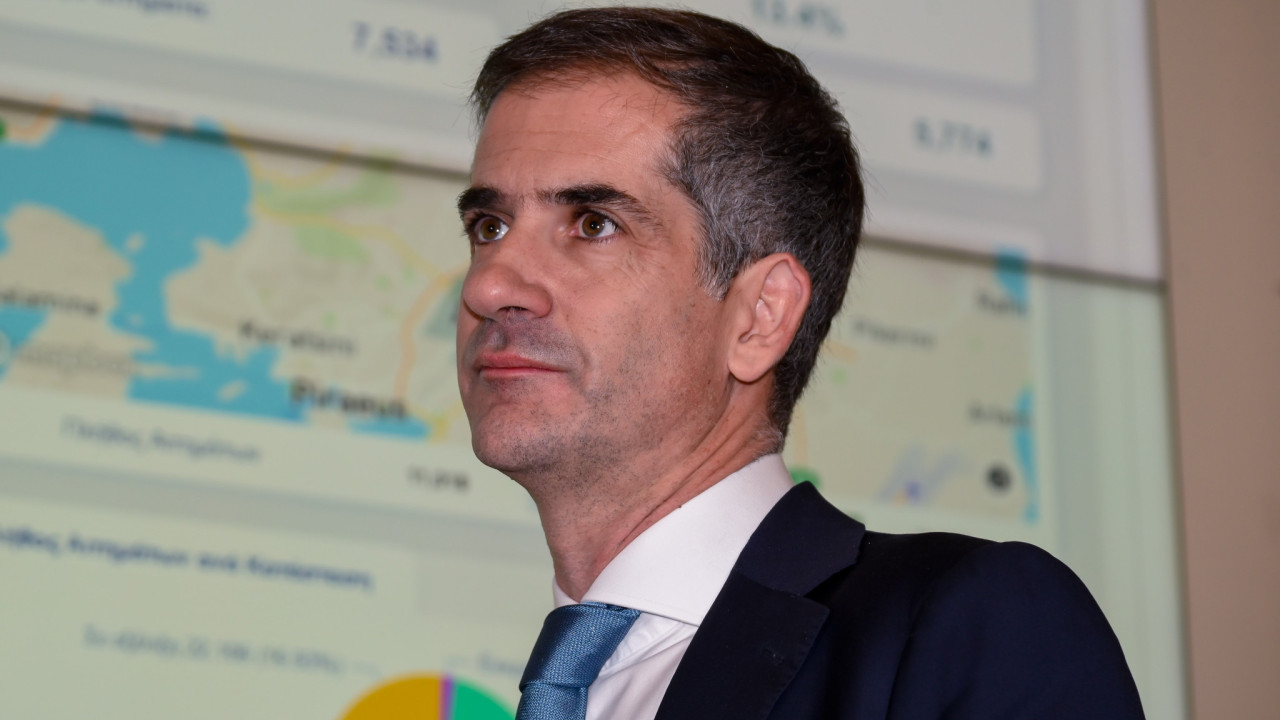 Bakoyiannis to SKAI: “We are running a marathon at a sprint pace – A precious decade was lost, but Athens is coming back”

What the mayor of Athens said about the projects in the city, Christmas events, New Year’s Eve and the Christmas Market in Omonia

The mayor of Athens, Kostas Bakoyannis, who was a guest on the SKAI show “Dekatianoi” and the journalists Yiannis Pittaras and Giorgos Grigoriadis, spoke about the projects in the capital, the festive events, but also the case of Imamoglu’s conviction.

Commenting on the decision of the Turkish court which imposed last Wednesday on the mayor of Istanbul Ekrem Imamoglu a prison sentence of 2 years and 7 months and deprivation of his political rights accused of insulting public officials in a speech in 2019, the mayor of Athens said: “Erdoğan is doing to Imamoglou what they did to him when he was Mayor of Constantinople. And I believe it will have exactly the same effect. Because Imamoglu has now emerged as the person who can beat Erdogan. Beyond and above parties and ideologies, peoples and societies have some “red lines”. Just as Erdogan’s opponents crossed the “red lines” then with him, so Erdogan crosses them today with Imamoglu.”

Mr. Bakoyiannis mentioned that he immediately contacted his Turkish counterpart as a sign of support, while he announced that he is invited to Athens next month. “I contacted my friend Ekrem Imamoglu a few days ago, as soon as I heard the news. I expect him to come to Athens again in January, because we are organizing the very big conference of the Balkan cities. We have jointly created a network to bring our cities closer”, said the Mayor of Athens.

Mr. Bakoyiannis, commenting on the dynamics currently presented by Athens, emphasized that the city is gradually recovering, after a difficult decade. “For a decade due to the financial crisis we were frozen. We have lost not just precious time, we have lost almost half a generation. Now we have a long way to go and we are running a marathon at a sprint pace: From the smallest things such as sidewalks, lights, cleanliness, all those small things that of course make the big ones, up to our emblematic interventions, such as the Double Redevelopment or our projects in the National Garden, Filopappos and Lycabettus”.

The Mayor of Athens emphasized that all projects are implemented with the resident in mind first: “Through the eyes of the permanent resident, we must see the city. That’s why we insist so much on sidewalks: We’ve already reconstructed 52 sidewalks across the city. Today, we have four open fronts that we are working on simultaneously. At the same time, we have asphalted 800 roads. We are currently upgrading the lighting as we speak. It is about 43,000 LED electric lights, which offer economy, but also much better light. If you go to Akadimias or Patision for example, you will see a very big difference”.

Christmas in Athens – The Christmas Market in Omonia Square

Referring to the rich festive program of the following days, Mr. Bakoyannis emphasized that this year, a great effort is being made on the part of the municipality so that everyone – and especially the children -, after being locked up due to the pandemic, can go out again and have fun Christmas Athens. The Mayor of Athens also spoke about the Omonoia Christmas Market, the big Christmas market that opens tomorrow afternoon in Omonoia Square, while he spoke about the great development that the surrounding area has shown in recent years.

“If a few years ago, someone told you “come down to Omonia, we will have a Christmas market for children, with food, with sweets, with activities, with music”, what would you say? You would say that these do not happen. And yet, today, Omonia is a square again. As you know it has been completed and with the fountain it has changed its appearance. It is important that the area attracts investment. More than 25 new hotels have opened around Omonia”, he said, adding the importance of the “curtain” of Mignon in the next year: “Mignon will reopen its doors by the end of 2023. It will be a another Minion, of course, with other uses. But just that the lights are back on, it’s a very big deal.”

For New Year’s Eve at the Constitution

Mr. Bakoyiannis referred to the great celebration that will take place on New Year’s Eve in Syntagma Square and invited the Athenians, the Athenians, and the visitors to be there.

“Everyone come to the Constitution, because it is the great return of the Constitution. We will have a very nice time change this year, with a lot of people, with Marios Fragoulis and George Perris. With this celebration, we want to signal that Athens is not just proud of its ancient greatness. We are just as proud of our modern selves. We are a dynamic metropolis”.

“Athens cannot be the capital of “whatever” – rules are needed”

Mr. Bakoyiannis also referred to the decision to change the loading and unloading hours in the city, which, after its adoption by the Regional Council, will take effect from the new year.

“Athens cannot be the capital of anything. We need rules, we need a framework. And if we need to let loose a little, let’s all do it. We have proposed a very clean and very functional solution, which has also been adopted by the regional council, that from 9 am to 9 pm, trucks will not be allowed to load and unload in Athens. Various people come and tell me: “but these things don’t happen”. My answer is “but why are they happening in all the capitals of Europe, in all the big cities of the world and they can’t be in Athens”? Why do we have to suffer and torture each other?’

Responding to a question about the protests of some restaurant owners that it is difficult to apply the schedule in their case, Mr. Bakoyiannis replied: “Obviously we have exempted small trucks up to 1.5 tons. Also, it is understood that they can open their shops half an hour earlier. It won’t be the end of the world. I understand that it is a change in their habits, but in the end they all win, because quite simply they themselves will work better, since more people will come to town. What we have today, this anarchy, this jungle, discourages visitors. If we manage to operate in a modern and efficient way, we will become more attractive.”