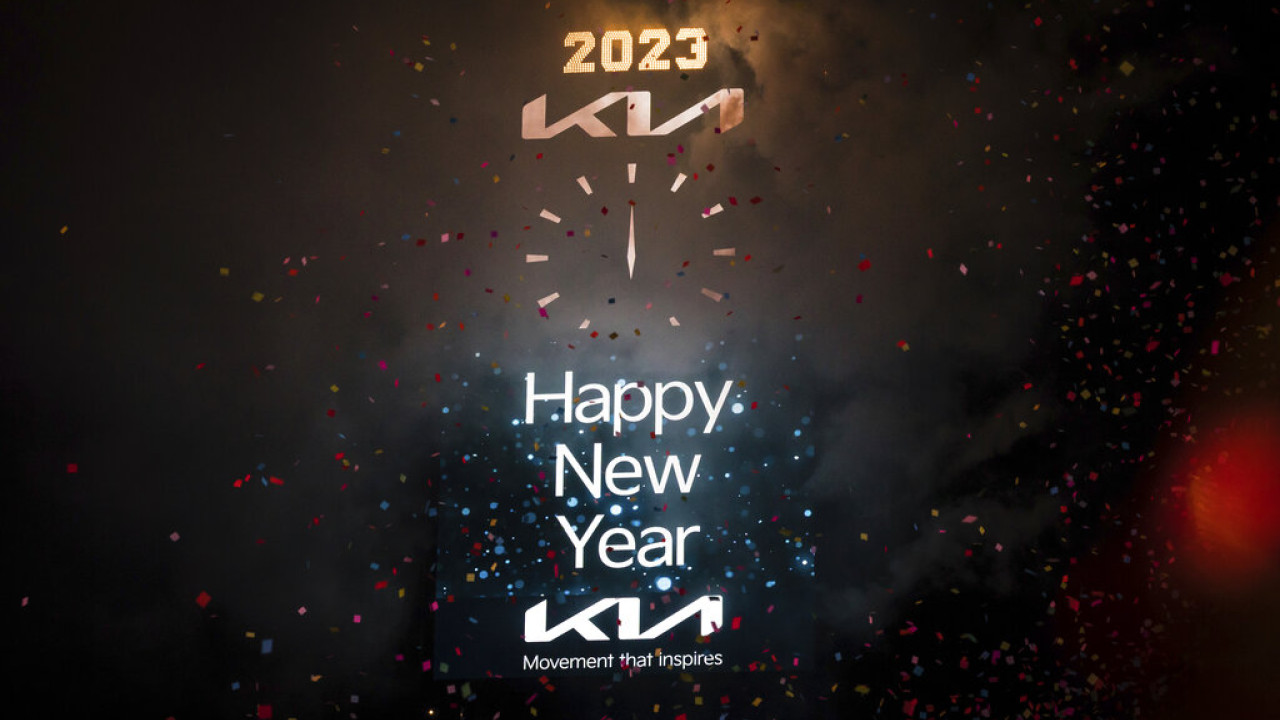 TODAY, January 1 – In 45 BC the first day of the year is established

45 BC… January 1 is established as the first day of the year after the introduction of the Julian calendar in Rome.

630….. The prophet Muhammad, at the head of a powerful army, conquers Mecca.

1523…. The Ottoman Forces of Suleiman the Magnificent occupy Rhodes, which they hold for the next 390 years. The Ioannite knights and 4,000 Rhodians take the path of exile.

1788…. The first issue of The Times of London is published.

1804…. Saint Dominic, renamed Haiti, declares its independence from France and becomes the first black Republic in the Americas.

1806…. The French Revolutionary Calendar is abolished by Napoleon and France returns to the Gregorian Calendar.

1808…. The importation of slaves into the US is abolished.

1813… The “Filomousos Society” is founded in Athens, with the aim of revitalizing the Greek spirit.

1822… The First National Assembly of the revolutionary Greeks declares in Epidaurus the political existence and independence of Greece and votes for the first Greek Constitution, known as the “Provisional Government” or “Law of Epidaurus”. Blue and white is established as the official flag of the state.

1824… The newspaper “Ellinika Chronika” is published in Messolonghi by the Swiss Philhellenic doctor, Iakovos Mayer.

1840…. The first recorded bowling match is held in New York.

1847…. The state of Michigan becomes the first state to abolish the death penalty.

1859… The first telegraph line in Greece between Athens and Piraeus is put into operation.

1863…. At the urging of the American president Abraham Lincoln, the Declaration of the Emancipation of the slaves in the federal states of the USA is signed.

1890…. Nets are used for the first time in a football match in Bolton, England.

1892….Ellis Island Immigrant Reception Center off the coast of New York opens. The first person to land on the island, between Manhattan and the Statue of Liberty, is Annie Moore, a 15-year-old Irish girl who arrives first of 12 million immigrants until 1954.

1904…. The first Road Traffic Code comes into force in England (Motor Car Act 1903). It provides for a license for cars and a maximum speed limit of 20 mph.

1905… The Trans-Siberian Railway is inaugurated, covering the route Vladivostok – Paris in 21 days.

1912…. The Republic of China is established.

1934…. Alcatraz Island prisons in the US are opened.

1935… The president of Turkey, Mustafa Kemal Pasha, takes the surname Atatürk (father of the Turks).

1939…. In the USA, William Hewlett and David Packard found the Hewlett-Packard (HP) company.

1942…. Representatives of 26 states fighting the Axis, including Greece, sign the “Declaration of the United Nations” in Washington, taking the first step towards the establishment of the UN.

1946…. The first flight takes off at London’s Heathrow Airport.

…. On the same day, Mochly and Eckert complete the construction of ENIAC, the first computer in the USA, at the School of Mechanical Engineering of the University of Pennsylvania.

1948… British railways are nationalized by the country’s Labor government.

1956…. Sudan declares its independence from Egypt and Great Britain.

1957… France returns the Saar region to Germany, which becomes the 10th state of the Federal Republic of Germany.

1966…. In the US, a law comes into force requiring the words “Smoking is seriously injurious to health” to be printed on cigarette packages.

1973… Britain, Ireland and Denmark become members of the EEC.

…. On the same day, the Olympic Aviation of Aristotle Onassis comes under the absolute control of the Greek State.

1985…. The Domain Name System of the Internet is created.

…. The first mobile phone call is made in Great Britain

1986… Spain and Portugal officially become members of the EEC.

1993… After seven years of hard negotiations, the single European community is now a fact. At the turn of the year, 1,000 torches are lit in the 12 member countries, from the Azores to Rhodes, to symbolize the abolition of borders between EEC members.

….. On the same day, Czechoslovakia dissolves in a velvet way, into the Czech Republic and Slovakia.

…. On the same day, Austria, Finland and Sweden enter the EU, which has 15 member states.

1999…. Eleven countries of the European Union enter the Euro Zone.

2002…. The Euro replaces the Drachma and the national currencies of 11 other member states of the European Union. Celebrations for the advent of the euro fill the skies of Europe with the glow of sparklers. In Greece, Prime Minister Costas Simitis is the first Greek to receive the first banknote, in a special event at the Bank of Greece.

2003… Leftist Luis Inacio Lula da Silva is sworn in as president of Brazil.

2007…Luis Inácio Lula da Silva is sworn in as president of Brazil for the second time.

…. On the same day, Bulgaria and Romania join the European Union, which now has 27 member states.

…. On the same day, Slovenia becomes the 13th country to adopt the euro.

…. On the same day, the Central Bank of Turkey puts into circulation the Lira, the new currency that replaces the New Turkish Lira.

2011…. The new administrative division of Greece provided for by the Kallikratis Program comes into force.

Like today in 1863 he was born the French baron, Pierre de Coubertin, the revivalist of the modern Olympic Games, in 1895 the longest serving director of the FBI, Edgar Hoover, in 1904 the actor, Vassilis Avlonitis, in 1912 the poet and prose writer, Nikiforos Vrettakos, in 1927 the distinguished French choreographer , Maurice Bezar, in 1952 the director, screenwriter and actor Dimos Avdeliodis, in 1957 the university student and politician, Evangelos Venizelos and in 1959 the basketball player and coach of the national basketball team, Panagiotis Giannakis.

On the same day in 379 passed away Saint Basil, bishop of Caesarea and distinguished theologian, in 1972 the French actor and singer of the musical, Maurice Chevalier and in 1989 the actress, Aleka Stratigou.

Facebook
Twitter
Pinterest
WhatsApp
Previous article
The planet welcomed 2023 with spectacular shows and no restrictions – Spectacular spectacle in Athens and Thessaloniki
Next article
Ukraine: Russian bombings in Kyiv and other cities at the change of time – Zelensky promises “Victory”