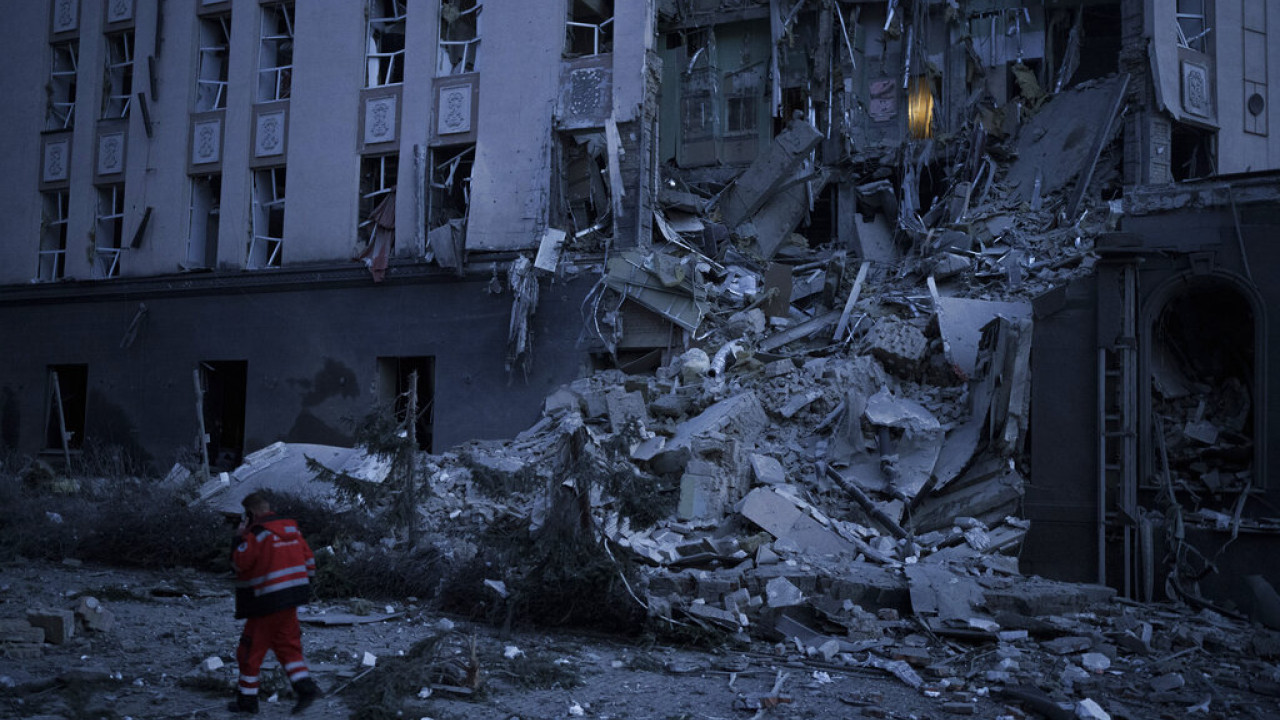 Ukraine: Russian bombings in Kyiv and other cities at the change of time – Zelensky promises “Victory”

Ukrainian cities, including the country’s capital, the Kiev, suffered yesterday Saturday and after the change of time new Russian strikes.

Russian missiles were shot down over two districts of Kyiv about thirty minutes after midnight, the mayor of the capital, Vitali Klitschko, announced via Telegram, clarifying that, according to the first information, there were no victims.

The military command of Kiev announced that 23 “targets” were destroyed.

Meanwhile, Vyacheslav Gladkov, the governor of Belgorod, a Russian region bordering Ukraine, said that due to Ukrainian shelling, damage was reported to houses in the suburbs of the city of Sebekina, but there were no casualties. Kyiv does not generally claim responsibility for attacks in Russia, however Ukrainian officials often sarcastically comment that it is “karma”.

Earlier, Russian shelling killed at least one person and wounded around 30 others, which did not stop President Volodymyr Zelensky from promising in his New Year’s message that his country would continue to fight as “victory”.

“We are fighting and we will continue to fight” as “victory”, he assured in his message for the new year.

In his own wishes, the Russian president Vladimir Putinhe claimed that his country has “moral and historical law” on its side.

In the Ukrainian capital, AFP journalists heard at least 11 explosions yesterday evening as residents prepared to celebrate the new year.

According to Kyiv authorities, the bombings killed at least one person and injured 22 others. They destroyed the facade of the Alfavito hotel in the center of the city, scattering debris and broken glass everywhere, including from its windows. of the National Arts Center, reported journalists from the scene.

“Ukraine does not forgive,” said President Zelensky, declaring that neither those who “order” such strikes nor those who “carry them out” will ever receive “grace.”

2023 will be the year of “victory” in the war with Russia, he later insisted in his speech.

The Ukrainian chief of staff, Valery Zaluzny, argued thatj 12 of the 20 cruise missiles launched by the Russian military, mainly strategic bombers over the Caspian, were shot down by Ukrainian air defenses.

The mayor of Kyiv Klitschko visited Bakhmut yesterday, a city that the Russian troops are trying to occupy. “The barbaric Russians will not crush us!”, he assured.

Almost simultaneously, state television in the Russian Far East broadcast Vladimir Putin’s taped New Year’s address, given the time difference from Moscow. Flanked by soldiers who fought in Ukraine and went to present a medal at the headquarters of the armed forces in southern Russia, Mr Putin assured that “moral and historical law” was “on the side” of the country.

He said his army was fighting “to protect our people on our historic lands”, in the new “regions of Russia”.

Russia announced in September the annexation of four Ukrainian regions it has partially seized, a move not recognized by the international community.

The Russian president also criticized the “true war of sanctions” that the West has declared on his country. “Those who unleashed him expected the complete destruction of our industry, our financial sector and our transport. That didn’t happen.”

He accused Americans and Europeans of “cynically using Ukraine and its people to weaken and divide Russia.”

For his part, French President Emmanuel Macron promised in his wishes for the new year that his country would continue to support Ukraine “until victory”. “We will be with you to achieve a just and sustainable peace. Count on France and Europe,” Mr. Macron emphasized.

His services earlier announced that the village of Dorozhnyanka, in the Zaporizhia region (south), was captured, where the positions of the opposing sides remained practically immobile after winter came.

They also talked about a new prisoner swap with Ukraine, which allowed the return of 82 Russian servicemen. The Ukrainian authorities, for their part, announced that they secured the release of 140 people.

Facebook
Twitter
Pinterest
WhatsApp
Previous article
TODAY, January 1 – In 45 BC the first day of the year is established
Next article
Market: What is the holiday schedule on Wall Street in 2023?