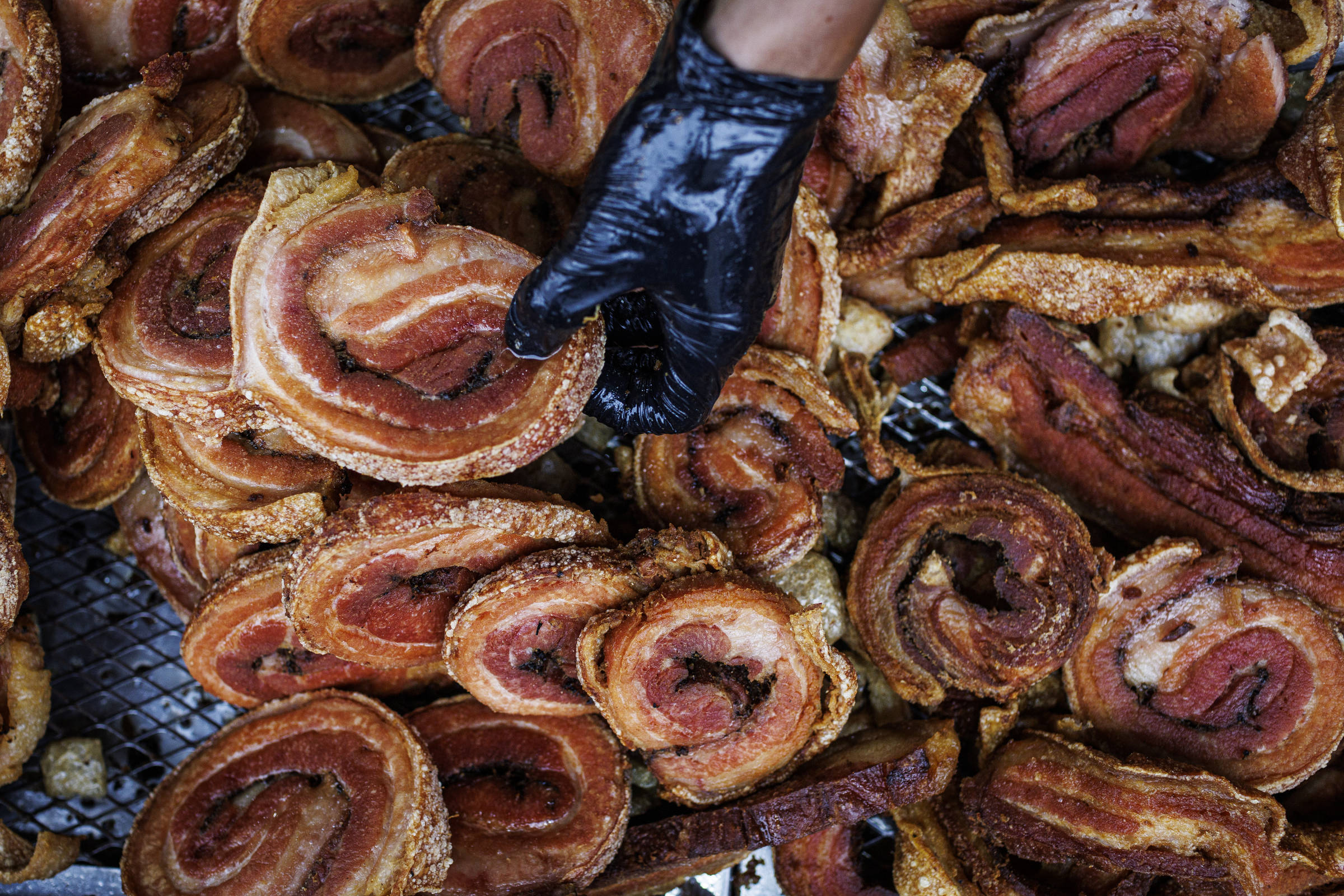 Crackling had a dreadful reputation when I was little, way back in the last millennium. Those were rustic times.

Torresmo was accepted, in São Paulo circles of white and well-off people, only as an adjunct to the feijoada. Outside the buffet at Rubaiyat or Dinho’s, torresmo meant perdition, gutter, physical and moral ruin.

The crackling was reminiscent of men’s bars who spent the entire afternoon drinking caninha, smoking unfiltered cigarettes and playing pool. Hairy crackling, greasy crackling, more menacing than the pink hard-boiled egg, more feared than the sausage that has been in the greenhouse for a week.

At the turn of the century, they renovated the bar and redeemed the crackling. Like bacon, its gringo cousin, it became a fad.

The other day, on Twitter, a follower asked me if I think crackling on a roll is equivalent to the dried tomato and Mexican palette of other eras.

The strange thing is that I had never thought about it. I’m a sucker for all kinds of gastronomic hype, from the gourmet brigadeiro to the affection kitchen, but this one passed me by.

It was like this because, unlike other fads, this one I embarked on. I became a frequent consumer of crackling – and I don’t care if it’s straight or rolled.

Crackling fever must be analyzed within a larger context: the substantial increase in pork consumption in general.

Pieces of pork that were previously unseen in middle-class supermarkets – such as the loin cup and the belly (raw material for crackling) – are now everywhere. Sometimes, to dribble remnants of prejudice, they undergo rebranding: they are renamed, respectively, pork ancho and pancetta.

The most awarded restaurant in Brazil is called A Casa do Porco. Hundreds of other establishments have caught the wave and specialize in pork.

Curiously and paradoxically, porcomania is a step towards vegetarianism.

We started consuming pork avidly because beef became too expensive. Just compare the prices of equivalent cuts: the sirloin costs half as much as the sirloin steak.

The problem is that demand has already raised the price of tenderloin. Not just domestic demand: the shift from cattle to pigs is a global phenomenon. And Brazil supplies China, the biggest consumer of pork in the world.

Consumption of any type of meat, as we know it now, is unsustainable in the long run. This is not an ethical or purely environmental issue.

With the growth of the world’s population – and, hopefully, general prosperity – there is no way to increase the raising of cows and pigs at the same rate. The rise in prices is natural and will continue until most people can’t afford steak and sausage for lunch.

I doubt that the vegetarian diet will prevail. But it is possible that we need to be content, as Europeans have done for centuries, with bacon in beans and ham bones in soup. And a crackling with cachaça at the weekend.