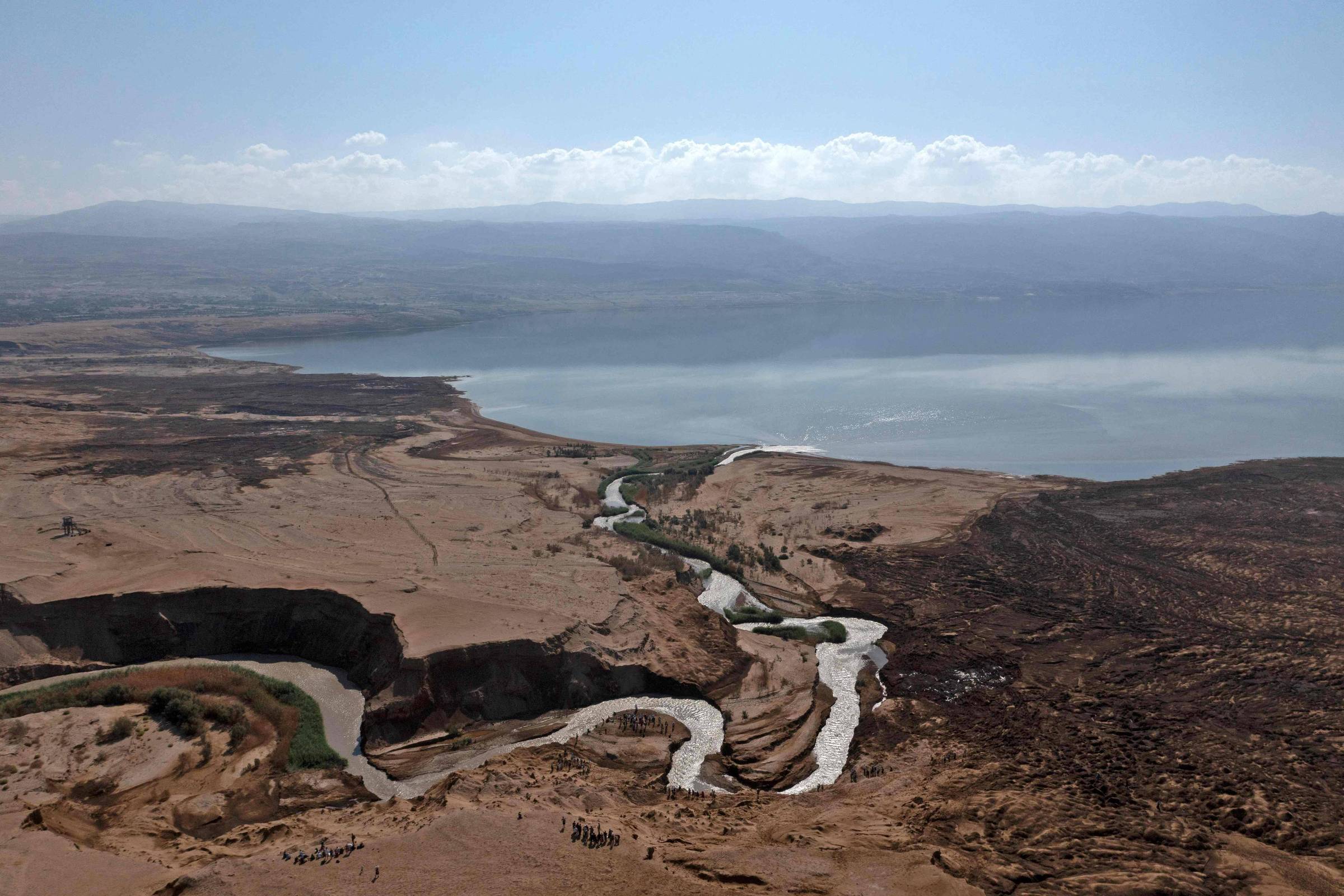 The governments of Israel and Jordan have come together in recent months to tackle one of their region’s greatest environmental challenges.

These two countries —which have fought wars in the past— signed a joint declaration in November to cooperate in the recovery of the Jordan River. The signing took place at the COP27 climate summit in Egypt.

The Jordan River is contaminated and disappearing. It is, according to the Bible, the scene of the baptism of Jesus, in addition to other central episodes of the book. Tourists, especially religious ones, usually visit it to be baptized and fill small bottles with this water, of great symbolism.

Jordan’s importance goes beyond the Bible, however. The river descends from the Sea of ​​Galilee in northern Israel and flows into the Dead Sea. It is a key part of ecosystems in the Middle East – one of the regions of the world most affected by climate change, according to experts.

Not to mention the political importance. The Jordan River flows through the West Bank, a territory that Israel has occupied since 1967. Its basin includes Syria, in conflict with Israel, and also the Palestinians, under its control.

According to Elias Salameh, a professor at the University of Jordan and an expert on the subject, all the countries that form part of the river’s basin have contributed —for example, by diverting water— to the decrease in the flow of the Jordan. There were 1,400 million cubic meters per year in the 1960s; the number has dropped at the current rate: from 100 million to 150 million cubic meters annually.

The increase in agricultural activity and urbanization in the countries of the region was also responsible for the pollution of the Jordan River with waste and chemical components. Furthermore, the intense human activity led to a “dramatic” increase in the salinity of the river, in Salameh’s opinion.

The course of the Jordan River also affects the Dead Sea, a unique and very fragile ecosystem — where tourists go to float on the surface, thanks to the exceptional saline composition of the water. According to Professor Salameh, the level of this sea has dropped by almost 40 meters since the 1970s. The Dead Sea runs the risk, therefore, of living up to its name and actually dying.

The decrease in the surface of the Dead Sea results in several phenomena, such as a decrease in air humidity, affecting the surrounding life. Craters have appeared around the coast, threatening settlements.

The text signed by Israel and Jordan includes plans to increase the flow of water coming from the Jordan River, clean it up, encourage sustainable agriculture in the basin and create environmental reserves throughout this region.

It’s unclear what the immediate impact will be, however, and there are reasons for skepticism. Firstly, because the Israeli minister who signed the agreement is no longer part of the government. Second, because the Palestinians —who live in the basin—were not part of the conversation.

Still, the signing is an important milestone. “It means that Israel and Jordan understood the consequences of what is happening,” says Yana Abu-Taleb, one of the directors of Eco Peace, an NGO that connects Israelis, Jordanians and Palestinians for environmental protection.

“They understood that climate change affects all sides and that they need to cooperate”, she says, reinforcing that “the environment does not respect borders.”

In addition to the environmental impact, Abu-Taleb also highlights the importance of the river recovery plans in economic terms. The text provides for sustainable development around the Jordan, especially in the territories where Jordanians and Palestinians live.

In the view of organizations such as Eco Peace, environmental solutions such as the recovery of the Jordan River even have the potential to promote regional peace. “By bringing the parties together to talk about climate change, we help build trust between them. Only with trust can there be peace.”

Abu-Taleb also says that the very degradation of the Jordan River is one of the consequences of conflicts and misunderstandings between countries in that region. “There is no cooperation, and that’s where the river loses its water. Governments have appropriated for decades what they can, without negotiating. Now they are facing droughts. If we don’t cooperate, everyone loses.”

Salameh says something similar to Abu-Taleb’s speech. “Due to the delicate situation of the borders of different countries in conflict, adequate measures were not implemented,” he says. “The Jordan River became a dumping ground for waste. And nobody felt responsible for it.”