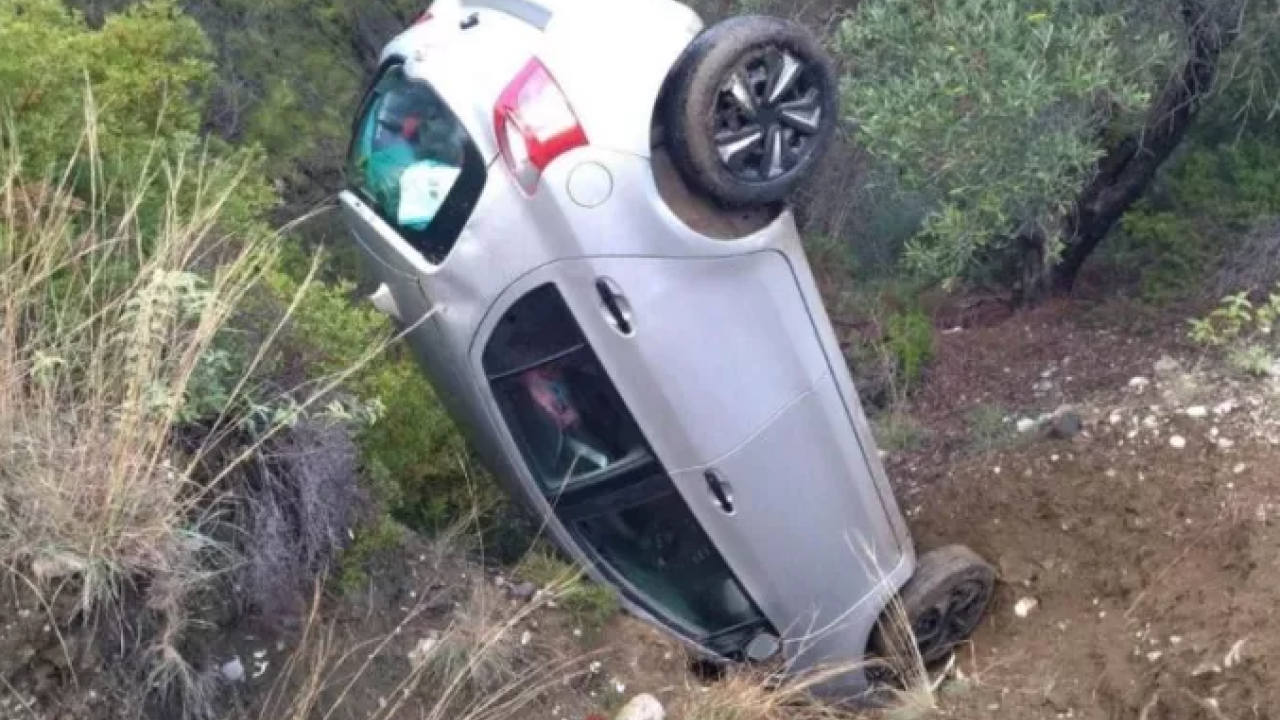 Rhodes: The 44-year-old woman who had disappeared testified to the police – She thought she had only been gone for a day

There are many unanswered questions about the circumstances of her disappearance 44-year-old mother from Rhodeswho was found alive at noon on Saturday by an Israeli hiker, in the rural area “Panagia” between Masara and Kalathos.

The woman, who was visibly distressed and exhausted, was taken to Rhodes Hospital where she underwent a series of tests to assess her health condition. He is being treated in the hospital’s psychiatric ward until he recovers. It is also noted that from the forensic examination to which he was submitted no signs of abuse emerged.

On Sunday, the 44-year-old woman gave a statement to police officers of the Security Directorate of Rhodes in order to shed light on the circumstances of her disappearance. However, according to information from the “democratic”, he was not able to provide information either on the route he followed, or on how he found himself in the inaccessible area where he was located.

In fact, as can be seen from the answers he gave to the police, she had the feeling that she had been absent from her home for only a day.

As she told the police, she had the impression that she had been missing from her home for just one night, while she had been showing signs of life since Monday, January 16, and was found on Saturday, January 21. At this time, it is few things he is able to remember. She reported that on Monday, January 16, her daughter did not want to go to school and finally, after convincing her, she took the child to the first break and then, as she told the police, she went to light the candles in the small church without being able to specify in which.
When asked by the police if he was looking for the chapel of Agios Nektarios, he answered in the affirmative, but does not remember whether he found it or not. She said she drove to many churches herself. When asked if she remembered the car falling into the ravine where she was found, she said she did not, nor did she remember anyone else being in the car with her.
She said she had her cell phone with her which had been turned off due to battery, but at one point it was only turned on for emergency calls and then she called her mother and asked her to pick up the child from school.

It should be noted that when she was found, the 44-year-old woman did not have her mobile phone with her, which when asked by the police, she said that she had probably left it in the car, but where it was not found during the investigations. As she mentioned, she had no money with her, only her card which was in her cell phone case, while when asked by the police what happened to her shoes – as the “democratic” wrote she was found barefoot– said they were ruined by walking and threw them away. She claimed that while she was alone in the forest she was calling for help but no one was listening.

The little church, as she said she never found it and she doesn’t remember ever going to the monastery of Agios Paisios, even though security cameras and eyewitnesses show that at noon on Monday, just before she disappeared, she was there and stayed for a time. He answered in the negative to the question if he spoke by phone with the founder of Agios Paisios in Archangelos, while he said that during the time he had gone missing he was feeding himself, as he told the police, with leaflets and drinking water from the streams.

Argued that there had been no previous threats to her lifethat she did not come to the city of Rhodes and that her ribs hurt on the left side and her arms on the right side but she is unable to determine what caused this pain.

As it turns out, while crossing a small bridge at the exit of the village, she allegedly changes direction and this is the last clue that the authorities have of the 44-year-old woman, as can be seen from the security cameras. The 44-year-old entered the sanctuary of Agios Paisios in Archangelos at 1:20 p.m. and left the scene an hour later.
It also emerged from statements that the 44-year-old was chatting after leaving the scene on her mobile phone and that his mark was later lost.

Voskos testified that on the day she disappeared at around 15:30 in the “Livadia” area, between Archangelos and Malona, ​​his missing mother asked for information on the route she should follow to reach the monastery of Agios Nektarios which located in the area.

After that, the 44-year-old woman seems to have gone with her car to another monastery of Agios Nektarios located in the “Nioglia” area, where her car was also found on Tuesday morning in disrepair.

Facebook
Twitter
Pinterest
WhatsApp
Previous article
Allianz SE: Entry into the capital of the French start-up Semji
Next article
Bolsonarist direction in Itaipu makes agreements and anticipates appointment on the eve of the PT taking over