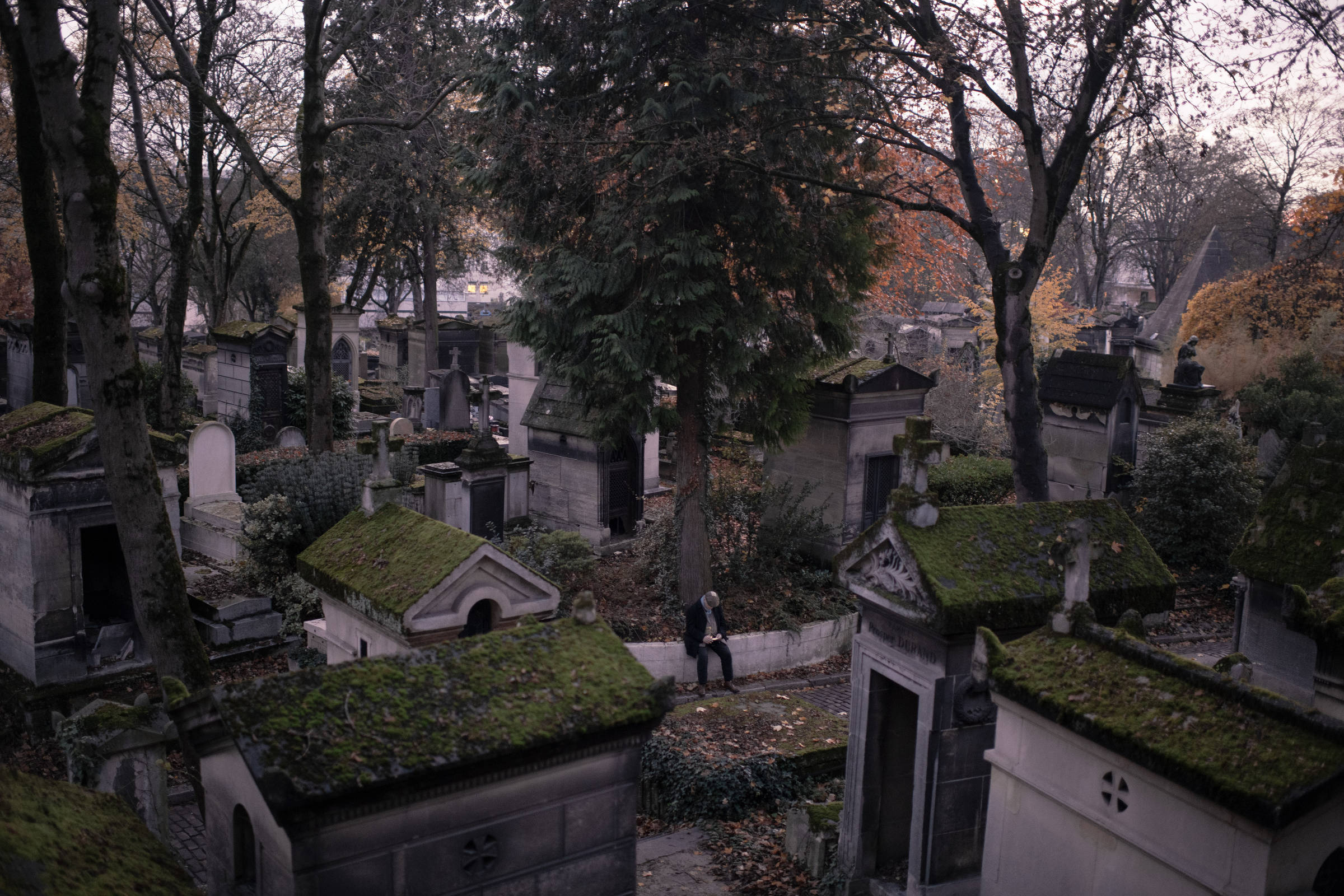 At the celebrity cemetery in Paris, nature wins the attention of visitors

Dry leaves rustled under Benoît Gallot’s footsteps as he traversed the rough terrain. Stopping near laurel and elderberry bushes, he brushed aside the foliage to reveal a crumbling stone colonnade. A parakeet, perched in a nearby tree, sang.

It felt like a scene deep in one of France’s lush forests — but it was inside one of the most visited cemeteries in the world, the Père-Lachaise, nestled between busy avenues in eastern Paris.

The cemetery has long been known as the final resting place of celebrated artists including Jim Morrison, Oscar Wilde and Édith Piaf. But in recent years it has also become a haven for the city’s flora and fauna. Foxes and owls are among the many animals that call it home.

“Nature is regaining its rights,” said Gallot, the cemetery’s curator, who is responsible for maintaining the grounds and allocating graves, as he continued his walk among headstones surrounded by vines and weeds.

The greening of the necropolis stems from a plan created a decade ago to eliminate pesticides and transform the cemetery into one of the green lungs of Paris, as the dense capital redesigns its urban landscape to make it more environmentally friendly in the face of rising temperatures.

By encouraging wildlife in a place dedicated to the dead, these initiatives also provoked a small revolution in the customs of French cemeteries.

“We’ve done a complete turnaround,” Gallot said. Père-Lachaise shows that “the living and the dead can coexist,” she added.

Inaugurated in 1804, the 44-hectare cemetery –named after Louis XIV’s confessor, Reverend François de La Chaise d’Aix– is located on a hill overlooking the center of Paris. Their oldest tombstones stood alongside trees and plants in a park-like setting.

As the site’s reputation grew, however, its lush vegetation declined. First was the arrival of the alleged remains of playwright Molière and poet Jean de La Fontaine, transferred in 1817, prompting Parisians to want to claim their own final resting places near the illustrious residents. Sculpted vaults and chapels sprouted from the uneven terrain of the cemetery, taking out bits of wildlife.

Today some 1.3 million people, including Proust, Chopin and Sarah Bernhardt, are buried there, a number equal to about half the living population of Paris.

Then, in the second half of the last century, nature retreated further as a result of intense weeding operations. Unlike northern and central Europe — such as Britain and Austria, where tombstones are scattered across verdant landscapes — France and other Latin countries prefer austere, stony cemeteries, according to Bertrand Beyern, a guide and cemetery historian.

“The smallest flower had to be eliminated,” said Jean-Claude Lévêque, the cemetery’s gardener since 1983. He recalled that several times a year, he and others dumped gallons of pesticide on the cemeteries. “It was the ‘golf course’ mentality.”

That approach began to change in 2011, when the municipal government encouraged Paris cemeteries to phase out pesticides out of environmental concern. Gallot, who was then working at another cemetery on the outskirts of the capital, said he was initially “very hostile” to the initiative. But seeing the flowers bloom again and the birds return to their nests won him over.

In 2015, a total ban on herbicides went into effect, and Xavier Japiot, a naturalist who works for the city of Paris, said a “rich ecosystem” had developed as a result.

The oval cyclamen leaves – with white, pink or lavender flowers – appeared between the raised crypts. Whole choruses of birds, including thrushes and flycatchers, settled in the huge cemetery canopy.
Some visitors found the changes not only pleasant but comforting.

The most spectacular explosion in wildlife has occurred during a period of exceptional mourning: the coronavirus crisis. In April 2020, in a ghostly Paris under lockdown, Gallot found a pair of foxes and their four cubs in the cemetery, a rare sighting in the city limits.

“Seeing the puppies at that moment was very good,” said Gallot, recalling a period marked by “non-stop funerals”.

The greening of the site has brought in a new group of visitors, whose total number exceeds 3 million in a typical year. Now, alongside the influx of tourists in search of the most famous tombs, there are more locals attracted by the promise of a nature retreat.

On a recent Sunday morning, 20 of these nature lovers went birdwatching in the cemetery, heedless of the bitter cold that turned their noses red. Binoculars in hand, they listened intently to the comments of Philippe Rance and Patrick Suiro, two amateur ornithologists who have made Père-Lachaise their new playground.

The most famous species here is the pink-ringed parakeet, whose green feathers and high-pitched twitters are hard to miss. Legend has it that the parakeet’s progenitors, native to Africa and India, escaped from a container at a Paris airport in the 1970s, and flocks of birds spread across the French capital.

Suiro said he counted more than 100 species of birds in the last two decades. He was happy that the cemetery’s vast cat population, fed by cat fans who left kibble in open boxes, had dwindled, largely because of sterilization operations, making way for thrushes.

A passionate naturalist, Suiro has also documented dozens of orchids, which he likes to call by their Latin names. “Epipactis helleborine,” he said enthusiastically during Sunday’s tour, pointing to a fragile stem that towered between two moss-covered tombstones.

In Paris, a capital with little forestation, the vegetable vault of the cemetery helps to mitigate the effects of increasingly scorching summers. Across France, “eco-friendly” cemeteries have sprung up, encouraging the use of biodegradable coffins and wooden tombstones.

The new park setting at Père-Lachaise had unexpected consequences.

Facebook
Twitter
Pinterest
WhatsApp
Previous article
Condolence message Mendoni – Giatromanolakis for the loss of Nikos Xanthopoulos
Next article
Americanas minority: ‘I spent more than R$ 40,000 on shares that today have a bullet price’