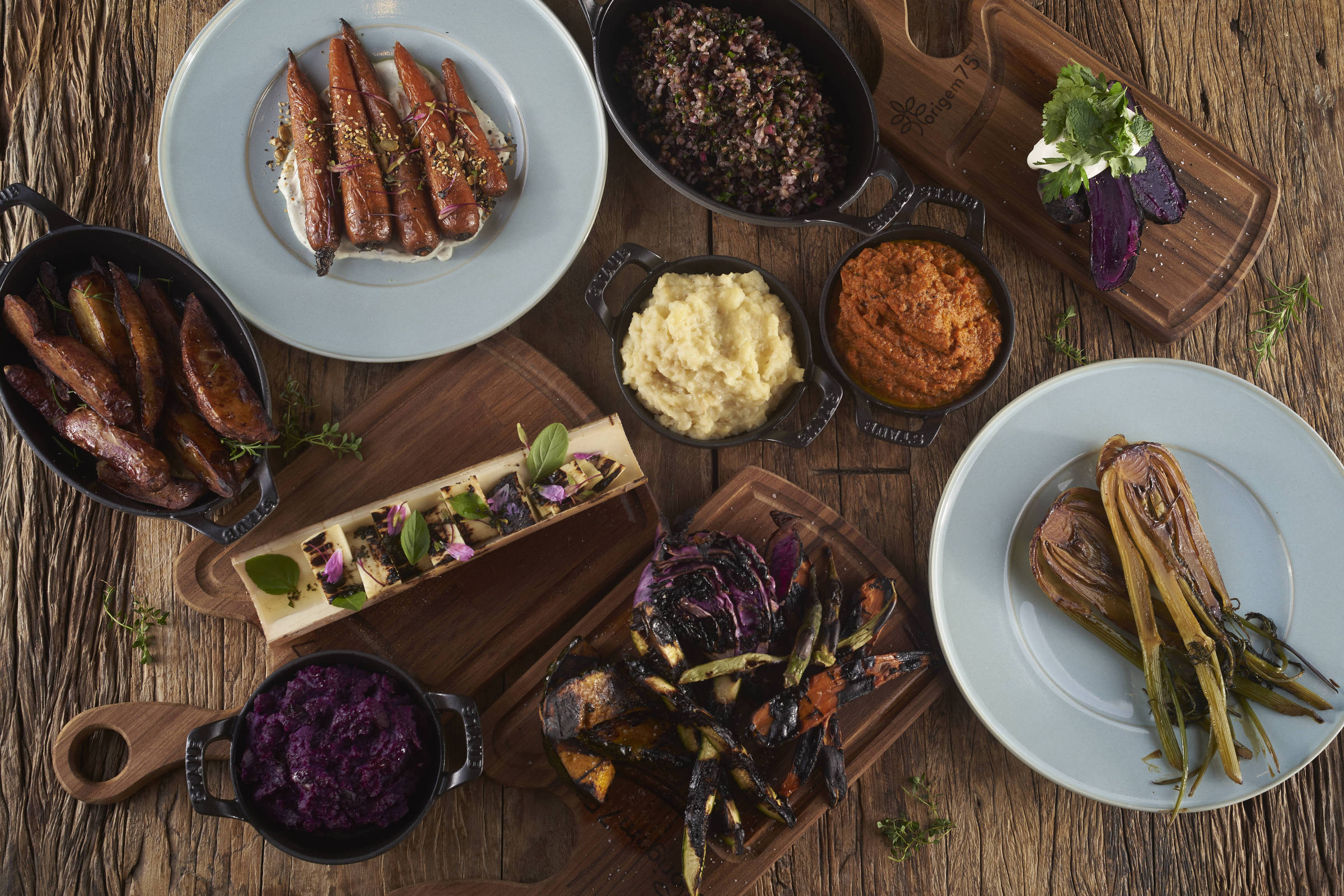 Not so long ago, they were exclusive to the accompaniment section. Treated as unimportant supporting roles, vegetables went to the table in simple preparations, almost out of obligation.

Today, those who look at the menus of restaurants such as Quincho, Origin 75, Naia, Cuia and 31 see that something has changed — vegetables are no longer an escort for meat and have assumed the leading role.

You see, we are not talking about vegetarian or vegan establishments. Even Quincho, where meat is not included, prefers to give up labels that, according to chef Mari Sciotti, limit the frequency.

In this way, she targets a new customer profile—people who eat vegetables for taste, not philosophy, do not shun animal foods and love to try vegetables in different and hearty recipes, such as tomato rice or corn tortilla with mushrooms, red onion preserves, cured yolk (look at the animal protein) and fresh herbs.

“When we opened, in 2018, many people entered the restaurant, looked at the menu, discovered that there was no meat and left. Today it doesn’t happen anymore and I started making more and more substantial dishes. Our PF made with rice, beans, cabbage, farofa, grilled banana, gherkin vinaigrette and egg with soft yolk has almost half a kilo of food. Along with the mushroom stroganoff, it’s one of the best sellers,” says the chef.

Sciotti admits to being inspired by the work of chef Gabriela Barretto, who opened Chou in 2008 and was one of the first to give visibility to vegetables here. Some of his creations, like grilled cassava with burnt butter and fresh marjoram, and grilled okra, have become classics and never leave the menu.

“Preparing vegetables is much more challenging for the cook, because they don’t admit so many tricks and force us to think more. Protein sells itself easily, but I see it as a mission to delight people with an okra. I’m much happier when they praise the okra. my eggplant than when they like the octopus I made,” says Barretto.

A year after Chou’s inauguration, chef Alex Atala surprised by launching the first Reino Vegetal tasting menu, made entirely from plants, mushrooms and algae. At the time, the DOM occupied the 23rd place in the 50 Best ranking and the sequel gave cause for its boldness. Imagine treating okra like haute cuisine.

Today, okra is exhibited only and has a free pass in the most gastronomic kitchens — a paradigm shift that is already reflected in vocational schools.

As of the first semester of 2022, Senac’s higher education course will bring two changes: the curriculum will incorporate the Vegetarian Cooking discipline, while the Cooking Skills module will focus on grains, vegetables and mushrooms.

The novelty, according to Zenir Dalla Costa, coordinator of the course, meets a demand from the market and from the students themselves. “The number of vegetarian restaurants has been increasing and up to 20% of our students report that they have already eliminated animal protein from their diet.”

At Anhembi Morumbi, says coordinator Daniel Frenda, the move is to expand the repertoire of students, who often enter the classroom believing they do not like vegetables. They are not only introduced to the techniques, but also get to know pancs (non-conventional food plants), edible flowers and sprouts.

“I get tired of listening to a student saying that he didn’t like zucchini until he tasted it in a new preparation”, says Frenda.

Exploring unprejudiced cooking techniques is the first step in turning a simple beet into a delicacy. This is the motto of the work of the consultant chef Rê Cruz, who signs the menu at Origin 75, in Vinhedo (SP).

The development has its own organic garden — what is missing to supply the house, with 280 places, comes from small producers in the surroundings.

There is a lot of meat on the menu, but competition is fierce with colorful dishes that are a pleasure to see. This is the case of the grilled vegetable board and the cashew ceviche with plantain and root chips.

Rê Cruz’s enchantment with eating plants began with the barbecue — in 2018, she participated in an event called A Churrascada, in charge of the side dishes. Instead of the traditional farofa, it innovated with recipes such as grilled beetroot with sour cream. It was a success.

“People got in line out of curiosity. In the barbecue world, I became the vegetable girl”, she laughs.

In Origin 75, the ember coexists with other methods of preparation and different influences. The beetroot hummus can be placed on the table in a trio of pastes, to snack on with bread, or on the crust, under a layer of zucchini blades, a setup that resembles a pizza.

In times of growing plants, offering several options without meat became a matter of survival for restaurants. At Cuia, which chef Bel Coelho keeps inside the Megafauna bookstore, of the eight main dishes, three are vegetarian. Another two come in versions with or without animal protein, and the baião de two can also be vegan, without the cheese cubes.

If they sell more than the baião de two with sausage? Not yet, admits the chef. But she bets it’s a one-way street.