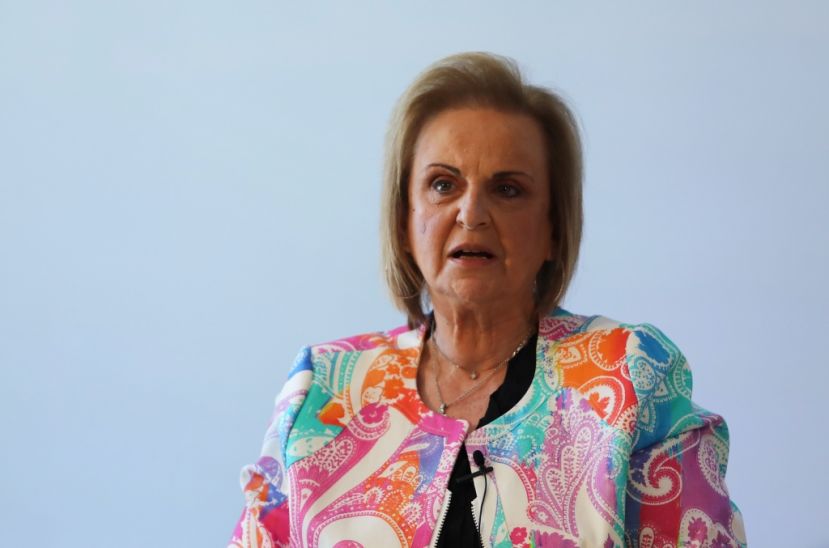 Matina Pagoni: Why she decided to become a doctor at the age of 7 – The moving story

Matina Pagoni, the president of the Athens-Piraeus Hospital Doctors Association, spoke about the adventure of her father’s health that led her to the decision to become a doctor, at the age of just seven. citizens about the virus.

“It was a very difficult event. I was seven years old when my father suffered a very serious car accident and was hospitalized in the KAT, in the Intensive Care Unit. I really wanted to see him, it was summer. I wanted to see him in the unit, I did not know what a unit is. “I was a small child who wanted to see his father”, Mrs. Pagonis told ANT1 “

He went on to say: “I was crying and hitting, so the unit manager told me ‘fine, I’ll go.’ But I have to tell you some things. You have to have courage and be cool and you will not cry. If you promise me, then I will take you to the unit “. I said of course, I will not cry, I will be fine and I will go to see my dad “.

She described that she was wearing a mask, entered the unit where many intubated patients were and did not understand who her father was.

“I approached him, he approached me and I thought he would talk to me and I would kiss him, but he (the doctor) explained to me that the machines were there and he could not.”

“I asked will it be okay?”, Said Ms. Pagoni below in her interview. “He (the doctor) replied that we are here for all these patients you see to treat them well. And I answer at that moment and I will become a doctor, to treat the patients well. As soon as we left, I wanted to cry, but I was holding his hand and squeezing him. I did not cry because I had promised. We went out and my relatives, my mom, everyone asked me “what happened? what did you see;” but I was not talking. I never talked about this, except when we went home, I went and cried alone in the room because I wanted to break out. Then I told everyone I would become a doctor. “That’s how this story started,” he said.

“It was a personal adventure. I will say something else… A child should not enter a unit. Even now I have those images alive. Not just my father, it’s a traumatic experience. “I still remember the other patients who were there in the adjacent beds intubated,” he added.

“I was a first-year student, I went to Thessaloniki for veterinary medicine but I did not like it, I had learned Italian, and I applied and left directly for Italy. I did my studies there. I was an only child, it was difficult for a child to leave Argos with a suitcase, however I have had tea since then, I was always coquettish, I had made an agreement with my parents, I had said I would be an excellent student, but I will wear and I dress as I like. And so began the history of clothing and of course at the age of 17, I was painting, I was wearing a mini, big watches, a lot of sunglasses, I have a weakness, I have a strong collection “said Matina Pagoni.

When I met Andreas Papandreou at the hospital I said “president, I am ND”

Matina Pagoni revealed that she had met Andreas Papandreou at the hospital where he worked.

“I was a curator at” Gennimatas “, and I was on duty at the pathology clinic. Papandreou was then hospitalized in the cardiology clinic during Kremastinos. Not all of his doctors were there, we were on duty, he has a fever 39, and until his doctors came, they called the doctor from home, I went to him and told him, president, I am SW, I just came to see you, and he tells me we have nice doctors, it does not matter, she tells me what you do what specialty, we talked about the fever and then we talked about the unions and she tells me you will become a great trade unionist I tell you. I did not expect that we would meet either, it happened that night “.

Facebook
Twitter
Pinterest
WhatsApp
Previous article
Opinion – From Grain to Grain: Only 10 stocks support the Ibovespa; find out what they are
Next article
War scene on Russia-Ukraine border – Diplomatic ferment intensifies