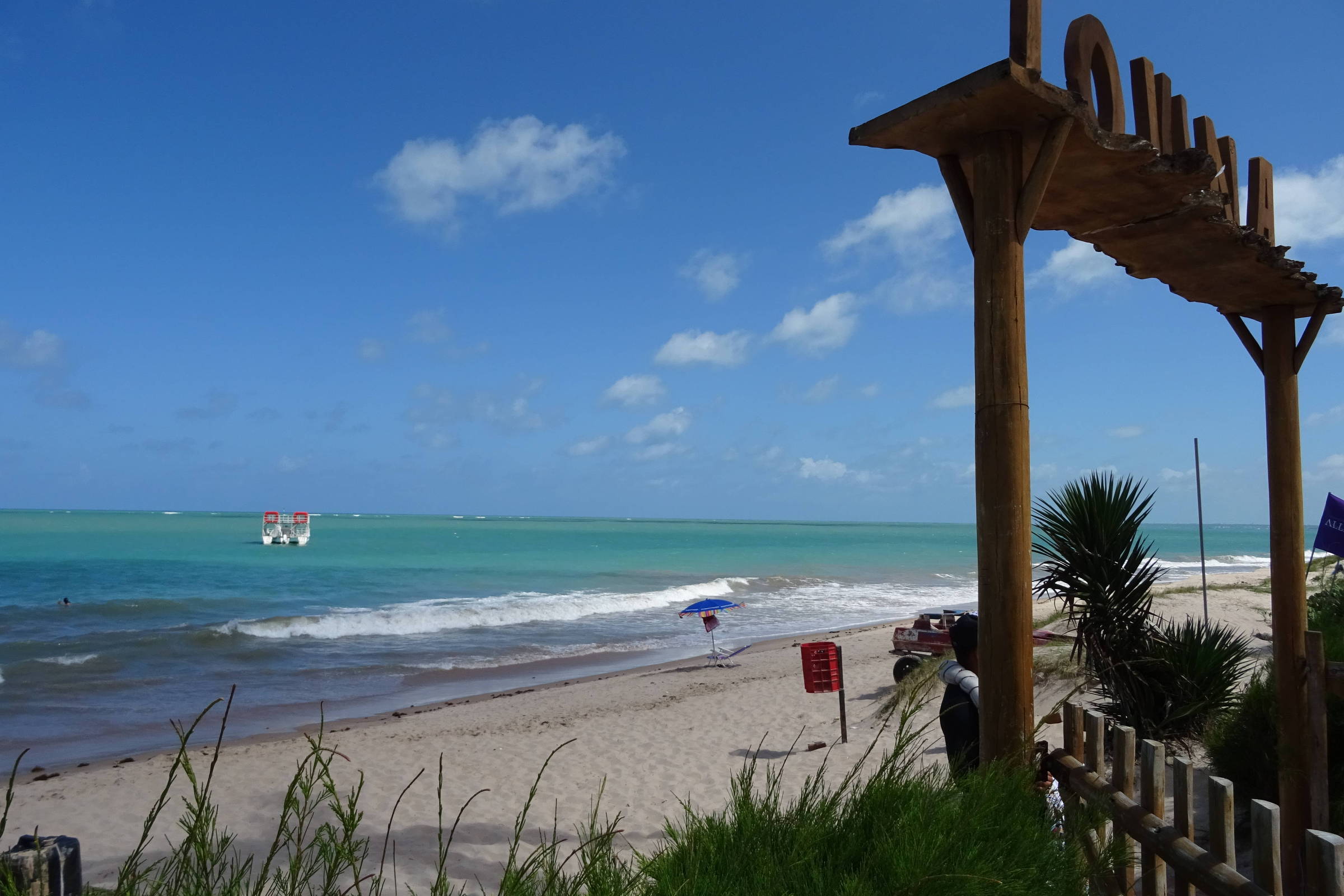 Last month, João Pessoa marked 38 degrees on the thermometer when I landed at the airport and was faced with the warm breeze typical of the city. I went to Jampa —as we affectionately call the capital of Paraíba— on business, participating in the largest barbecue festival in the northeast, UNQBBQ.

The event takes place every year on Cabedelo beach, facing the sea, with a breeze that guarantees the joy of all of us barbecue chefs.

In this edition, there were 20 stations, each one commanded by a guest chef. On the menu, smoked meats, grilled meats, ground fire and even dessert.

As a roasting pan doesn’t just work, the night was the time to relax. Doing what? Eating barbecue.

After recommending local grills, I found Santa Grelha, a house specializing in grilled cooking led by chef Danielle Gondim, who is also responsible for two other units in the chain.

As a starter, the order was steak tartare, and for the main course, a beef rib roasted for 12 hours and finished on the grill. As an accompaniment, grilled vegetables with toasted tomatoes, carrots, zucchini, broccoli, green beans, onions and hearts of palm.

In addition to the ribs, I also called the Sea Specialties, a mix of fish, octopus, squid, shrimp and mussels prepared with herb butter.

Lorena, my daughter, loved eating the mussels straight from the shell and wanted to take home.

My visit to João Pessoa also had a visit to Rei das Carnes PB, where I looked for ammunition for a boat ride with barbecue along the river, passing by the Pedra Seca Lighthouse and going to the meeting of the river with the sea in the port of Cabedelo.

In a meeting with an unlucky fisherman who had caught few fish — a jet sky had scared the shoals away — I won two tilapia which I exchanged for a lamb sausage. It took a lot of insistence for him to accept.

In addition to the fish, which Lorena gave an 8 out of ten, we also baked a strip roast, ham sausage and a smoked termite for more than 12 simply divine presented by my friend Xandinho, from Maria Fumaça Smoked.

When the sun was setting, there was time to see Jurandyr from Sax, who plays Ravel’s Bolero every afternoon at sunset.

Today, I teach here the dish I prepared in this fifth edition of the UNQBBQ: a marinade with ingredients full of umami. It is a dish rich in flavor, which gives a special color to the almost pale pork meat.

3 tablespoons of parsley and chives

Combine all the ingredients and let the meat marinate for at least 2 hours or up to 24 hours.