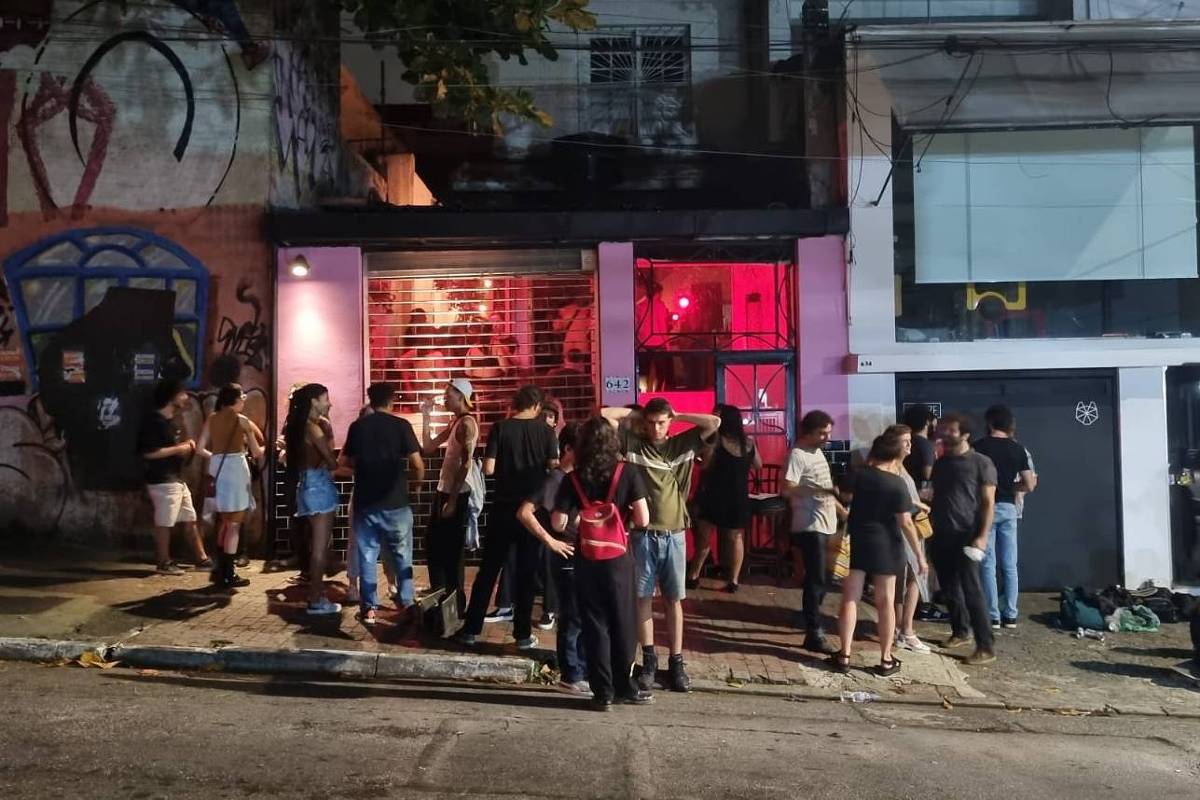 Meet Porta, a bar that has weird parties with weird music in SP

​The door of a house in Vila Madalena, a trendy area of ​​São Paulo, has been attracting an audience for two months looking for independent bands and experimental music in São Paulo nightlife. This is where Porta, a new bar that brings together orphans from clubs that were known in this universe, such as S/A and the Cecília Cultural Association, but which closed during the pandemic.

Always full and with people on the sidewalk, the address is an unorthodox mix of concert hall, bar, skateboard factory and music production studio. Taking advantage of the fact that it is in an old house in the neighborhood, the decoration maintains the family atmosphere, with rugs, ornate doors and picture frames with photos of the partners.

“When we saw the clubs closing one by one, we wondered where the independent bands would perform when the pandemic was over”, comments Paula Rebellato, a member of the Rakta group, which shares the bar’s society with Raphael Carapia and Bruno Carapia, owners from Lodo Boards, a skate brand that works in the back of the house.

And there really is a residence there — or it was. In the old garage, a hall was set up where the public is drinking and talking before and after the shows, escaping from the crowd of other rooms. In the room, bands and DJs perform. Those who cannot see the presentations because of the crowds can watch everything from the hallway or through the glass window that faces the street.

Where the kitchen used to be, the bar now serves beers and drinks. There is gin and tonic, caipirinha and negroni, which cost between R$25 and R$35. The beers, in long neck bottles, start at R$8.

“It’s a cute place, with an old look, that looks more like a grandma’s house”, says producer Mariane Vilas-Boas, who has been visiting the bar since it opened in March. “You can hear some weird rock music, with a lot of noise and distorted guitar. The atmosphere is that with people drinking beer, listening to music and then leaving early for home.”

The musical performances range from rock to dub, but always in an experimental format and with strange sounds. On days without concerts, the room is open for anyone who wants to sing or play an instrument. “It’s something that we want to consolidate monthly in the house”, says Rabellato. “The times we did that, kids came from far away, just to play guitar.”

The distorted sounds and different beats come out of the speakers on Fridays and Saturdays, always around 8 pm — but every now and then, there is some programming on Tuesdays and Thursdays. As the bar is in a residential area and full of buildings, the events end before 11 pm, and the bar is closed without invading the dawn.

The schedule for the next few days includes performing electronic music, punk rock and quieter shows. On Thursday (12), starting at 7pm, the group Pântano will perform, mixing electronics and performances. On Friday (13), at 8 pm, it’s Sky Down’s turn to rock, while on Saturday (14), also at 8 pm, João Lucas Ribeiro and his band enter the room.

But the tip is to arrive early, if you don’t want to listen to music while standing on the sidewalk.

Facebook
Twitter
Pinterest
WhatsApp
Previous article
BBC: A security guard and his employer are Ukrainians killed by Russian soldiers on the outskirts of Kiev
Next article
Chaos scenes on a flight to Crete: Drunk passengers attack the pilot – Watch video