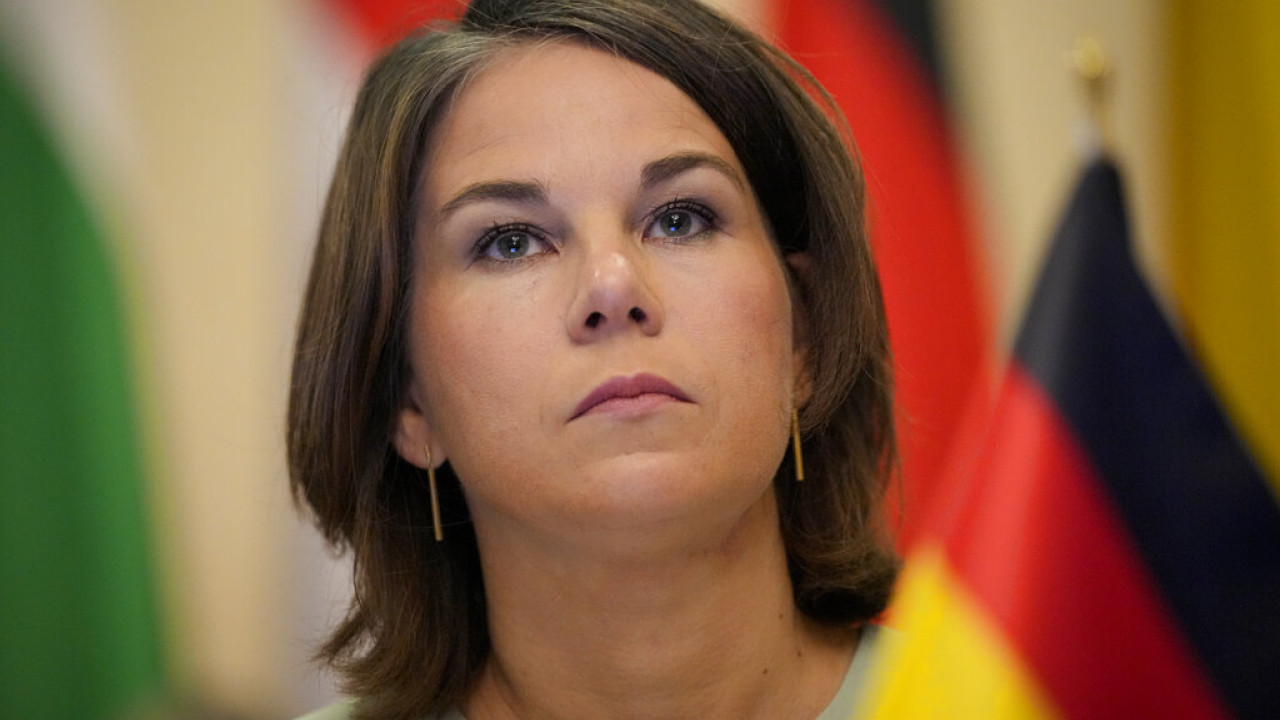 With a heavy agenda in Greece and Turkey, Analena Burbok

While the war rages in Ukraine and the tension in the Aegean continues, the German foreign minister moves to Greece and Turkey. Emphasis on refugee and human rights.

The first visit of the German Foreign Minister Analena Burbok by the Greens in Greece and Turkey was supposed to take place in June, but was postponed because he fell ill with coronavirus. Her planned “appointments” in the two countries, at a high level and with many symbols, will finally take place from July 28 to 30. In the middle of summer and while many of her colleagues are on vacation, she goes to Athens, and from there to Turkey.

The topics that will be at the top of the contacts, however, remain more or less the same. Perhaps the only thing that has changed since then is that Turkey has lifted its veto threat over Sweden and Finland’s NATO membership – pending ratification of the deal by the Turkish parliament. Otherwise, the political and diplomatic agenda remains heavy: war in Ukraine, provision of military aid, food crisis but also the tense Greek-Turkish relations, with security in the Eastern Mediterranean region at risk and the new Turkish aggression now directly challenging the Greek territorial integrity as far as Crete and cause strong concern.

However, Analena Berbock gives special importance to the refugee chapter, both during her visit to Greece and Turkey. Cooperation in dealing with the refugee crisis and solidarity are always at the forefront of contacts. In the meantime, however, the investigation of political and possibly criminal responsibilities for practices of illegal repatriation as well as exploitation of refugees at the external borders, issues on which the German Minister of Foreign Affairs emphasizes, as she predicted to us recently through a tweet about the situation in the Ebro region and the Spanish enclave Melia.

Analena Burbok’s first stop so it is Athens and her first concern is to pay tribute to the victims of the Nazi occupation, with visits to historical places in the Greek capital. In fact, she is the second Green politician and member of the coalition government who, in less than a month, visits historical monuments of the Second World War in Athens, recalling the Nazi atrocities in Greece. The culture of memory and specifically the highlighting of this thorny chapter of Greek-German relations are goals of the German government, which were also included in the government agreement between the Social Democrats, Greens and Liberals.

The first day of the trip also includes a visit to a refugee center outside Athens, contacts with representatives of independent NGOs and activists as well as the authorities responsible for guarding the borders. For Analena Burbok, the management of the refugee crisis is a matter of foreign policy but also of a well-thought-out security policy that focuses on the defense of human rights.

Political contacts at the highest level, with Prime Minister Kyriakos Mitsotakis and her counterpart Nikos Dendias, are expected on Friday morning, with the energy crisis and Greek-Turkish matters in focus. It is true that Germany recently, despite the unfortunate statements of press representatives, made it clear from Berlin that it will not tolerate any questioning of the sovereign rights of EU member states. What one can possibly expect in the joint press interview with Nikos Dendias on Friday is a repetition of these formulations in clear words. Of course, the question of the sale of Turkish submarines to Turkey remains open, an armaments program which, according to the German government, has been agreed upon in the past and continues to be in force. Also of interest are possible clarifications by Ms. Burbock about possible German mediation by Germany between Greece and Turkey: in what form and with what red lines.

The “big picture” at the heart of contacts in Turkey

In Turkey, Analena Burbok will have similar contacts with her counterpart Mevlut Cavusoglu in Istanbul, late Friday afternoon, where they will also give a joint press conference. The choice of Istanbul at the last minute may not be accidental, given that the new monitoring center for Ukrainian grain exports was inaugurated only on Wednesday, based on the agreement reached between Russia, Ukraine and the UN, in which Turkey appears to have contributed . For Turkey, this move is considered an important success in overcoming the food crisis.

Apart from the Greek-Turkish issues and the “hot” summer that the two countries are already going through, with Turkey even announcing the dispatch of a new research ship in the Eastern Mediterranean region after the recent “red” maps of the Aegean Sea, the focus of Burbok’s visit is expected to be the situation in northern Syria, specifically the Turkish attacks on autonomous Kurdish regions. In fact, shortly before her trip to Turkey, Analena Berbock is under pressure from the youth of the Greens, with the vice-president of the party youth Sarah Lee Heinrich asking the German Foreign Minister through the TAZ newspaper for a clear condemnation of the Turkish aggression in the region .

The trip of the German foreign minister ends on Saturday, July 30 in Ankara, where she will have contacts with representatives of the Turkish opposition as well as representatives of human rights organizations, in order to form a comprehensive picture of the situation in the country, in view of the presidential elections next year. The trip will end with a visit to a Turkish refugee center near Ankara.