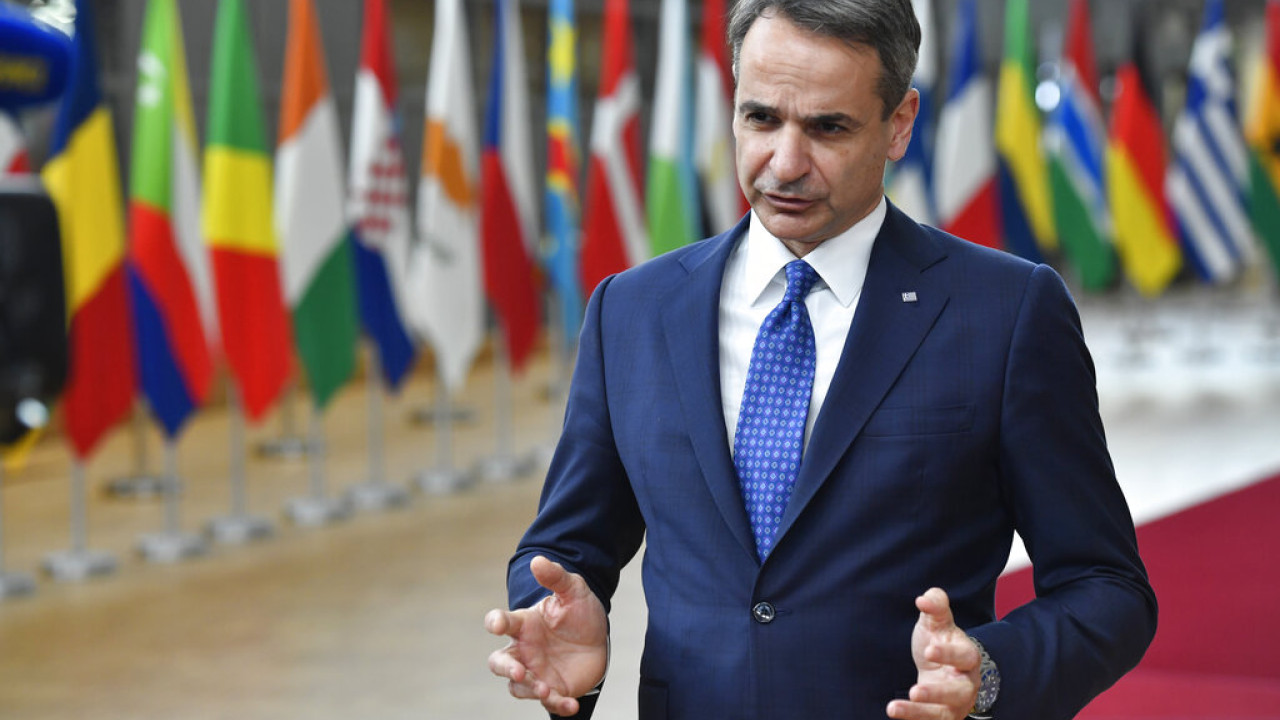 At United States passes today o Kyriakos Mitsotakis on the occasion of the UN General Assembly where he will speak next Friday.

The prime minister is expected tonight in New York and according to government sources in his meetings and speeches on American soil he will highlight the role of Greece as a pillar of stability and security in the region, as a reliable partner and ally at a time when Europe is facing multiple challenges due to of the Russian invasion of Ukraine and its consequences, as a strategic hub for Europe’s energy security, as an attractive investment destination, as well as the country’s solid legal, historical and political positions based on International Law.

In his address to the UN General Assembly at noon next Friday, September 23, Mr. Mitsotakis will address the challenges of today and tomorrow for Western democracies in the midst of unprecedented crises. Kyriakos Mitsotakis will make a special reference to escalation of Turkish aggression and to the unacceptable Turkish provocations and challenges to Greek sovereignty, at a time when the West has condemned revisionism and the violation of sovereignty and borders.

In New York, the prime minister will also attend a reception hosted by US President Joe Biden on Wednesday night in honor of leaders participating in the UN General Assembly’s High Level week.

There he will have the opportunity to talk with a number of leaders.

The prime minister will also meet investors at her offices Bank of Americawhere representatives of hedge funds, banks, insurance organizations and representatives of multinational companies will have the opportunity to learn about the progress and resilience of the Greek economy, the reforms that the government has promoted and the investment opportunities that Greece offers.

Mr. Mitsotakis’ program also includes interviews with two major international media while he will participate in a closed working morning at the Council of Foreign Relations. There, the Prime Minister will have the opportunity to present the country’s positions on a number of issues, with the Russian invasion of Ukraine at the forefront, highlight its alliances and its role in the new security architecture in the region, and talk about developments in the Eastern Mediterranean.

He will do the same in his bilateral contacts, among others, with the UN Secretary General Antonio GuterresKing Abdullah II of Jordan and President of Libya’s Presidential Council Mohamed al-Menfi.

Strengthening ties with the Community, as he had done last May during his visit in the White House and Washington, he will sit at a large expatriate dinner organized in his honor by expatriate organizations (among others, HALC, the Hellenic Initiative, etc.). The dinner will be attended by important actors of the Expatriate community with connections in the American Congress, as well as expatriate congressmen from New York.

He will also have meetings with and visit American Jewish organizations ground zero of New York, specifically the Museum in memory of the victims of September 11 (9.11 Memorial Museum), to pay tribute to the victims.

He will then be welcomed by the Archbishop of America Elpidophoros at the Church of Agios Nikolaos.

Androulakis: “To fight for the international recognition of the Genocides of Asia Minor and Pontic Hellenism”

Pipili: “She did what Kasidiaris did to me” Avramakis: “She has a tension in her that usually carries her”