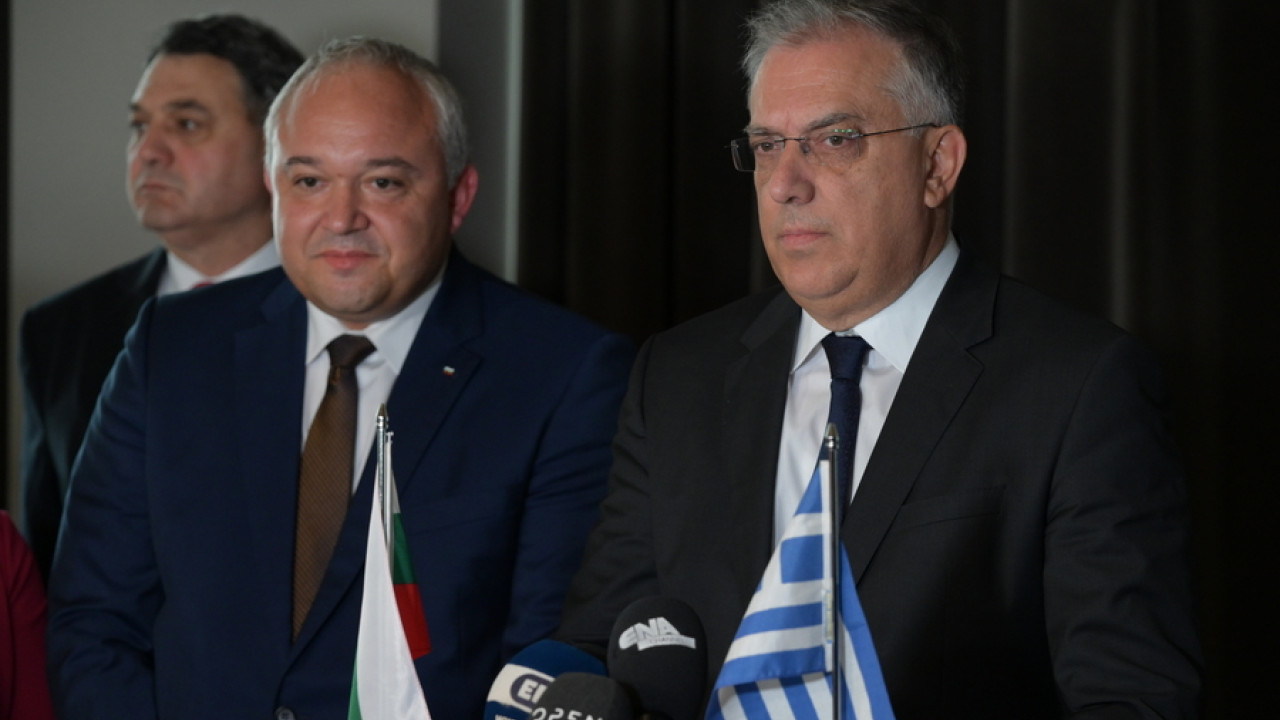 Theodorikakos with his Bulgarian counterpart for immigration: There is an organized business of exploiting unhappy people

It is noted that after the end of the meeting in Alexandroupoli, the two ministers will go to the fence, which – as mentioned during the meeting – through the cooperation of the two countries will be a common cause

The strengthening of cooperation between Greece and Bulgaria in guarding the borders to deal with illegal immigration as well as the full integration of the neighboring country into the Schengen Zone were the topics of today’s meeting of the Minister of Citizen Protection, Takis Theodorikakouwith its Bulgarian counterpart, Ivan Demerjieffheld in Alexandroupolis.

“Our meeting sends a strong message of strengthening our cooperation and coordinating our efforts in order to defend International Law, to defend the borders of the European Union, to defend human life,” said Mr. Theodorikakos, adding that “through all the latest events clearly prove that Evros is not just a geographical border, but it is also the border between respect for human life from here and the exploitation of unhappy people from the other side. It is a border between applying International Law and between violating International Law on the other side.”

Mr. Theodorikakos reiterated the determination and efficiency with which Greece continues to strengthen the guarding of its borders. “In all possible ways, we are proceeding with the construction of the fence along the entire river Evros, we are increasing the electronic means of surveillance, we are working with our European partners, we are working with our neighbors always respecting the principles of International Law to deal with the problem and above all the Greeks united will face this challenge as we have done for a long time in a very effective way with the support and cooperation of our Bulgarian friends as well”.

Regarding the issue of Bulgaria’s full integration into the Schengen Zone, the Greek Minister of Citizen Protection emphasized that “Greece fully supports the request of the neighboring country, we consider that it is absolutely ready to join the Schengen Zone”, assuring that in the upcoming negotiations related to the accession procedures “our position will be clear and unequivocal in favor of Bulgaria’s accession to the Schengen zone”.

For his part, Mr. Demerjiev stated that Greece and Bulgaria should cooperate on the issue of illegal immigration since they guard not only their own borders but also the external borders of the European Union, expressing the opinion that this issue cannot be successfully dealt with if the two countries do not help each other. He assured that Bulgaria is ready for very close cooperation with Greece in the framework of which it intends to assume the role of mediator with the Turkish side and that the discussions will continue, noting that the pressure on the borders of the two countries will be reduced if they are dealt with effectively and in cooperation the traffic circuits.

Finally, with regard to Bulgaria’s accession to the Schengen Zone, Mr. Demerjiev expressed his satisfaction as once again Greece confirmed its support for the accession in view of the upcoming and final evaluation that is expected to take place in December .

It is noted that after the meeting in Alexandroupolis the two ministers will go to the fence, which as mentioned during the meeting through the cooperation of the two countries will be a joint matter.