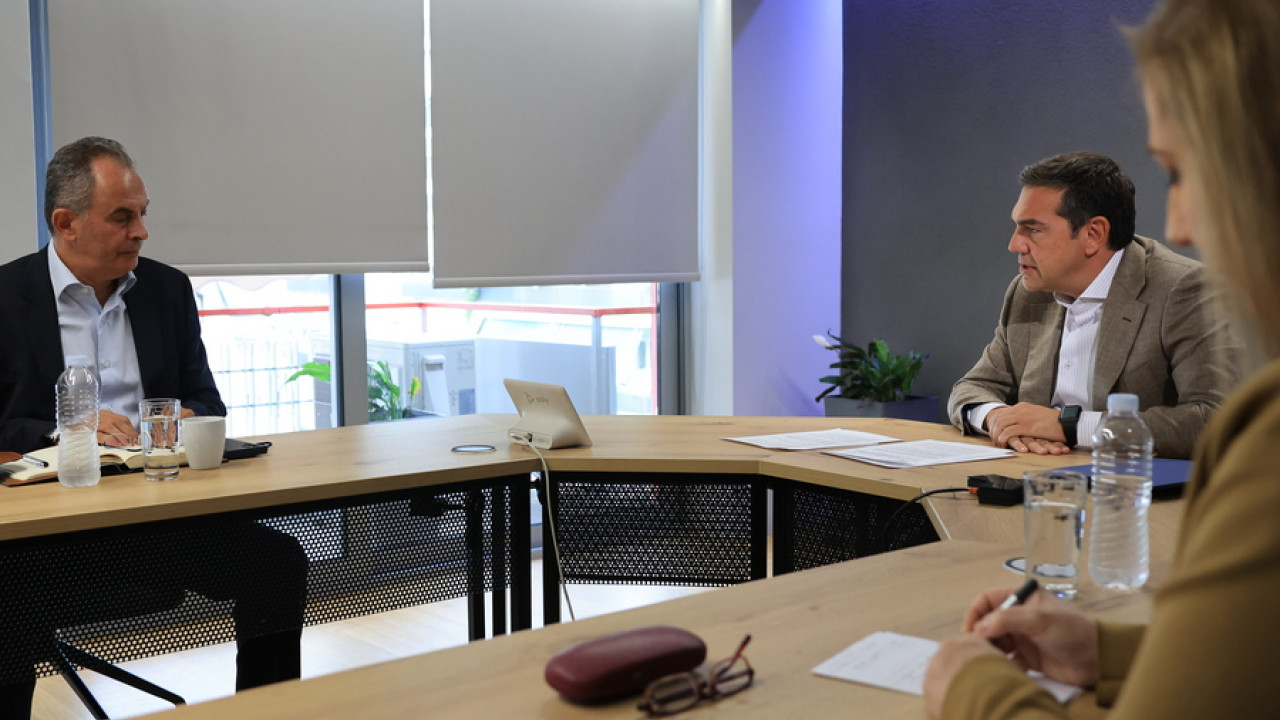 Alexis Tsipras: Mitsotakis is subsidizing the energy grab – Households will not endure

We left the readjustment clause and entered a new scheme where the providers announce tariffs that are disproportionate to the purchase cost in the wholesale market”, stressed the president of SYRIZA.

The President of the SYRIZA PS spoke of “theft and usurpation” in energy for the benefit of the providers on the occasion of the new subsidy mechanism, Alexis Tsipras, during the meeting he had with PPC employee representatives and of DEDDIE for the situation prevailing in the energy market and the unaffordable bills.

“I find that we have a new generation of profiteers with the new mechanism. We’ve moved away from the readjustment clause and into a new scheme where providers announce tariffs that are disproportionate to wholesale purchase costs.”noted Mr. Tsipras.

In this context, he underlined that profiteering remains at the wholesale level, while at the same time “we have an additional scary profit at the retail level”.

“Households will not endure”

At the same time, Mr. Tsipras estimated that this situation will lead to a steep increase in power outages since a part of the consumers will not endure.

He also called on the workers to highlight this message because, as he mentioned, the workers are called upon in practice to become the bearers of an inexorable policy, since they are the ones who are going to make the cuts.

He reiterated the constant position of the SYRIZA PS, that is to say that the electricity should not at least be cut off for those who could not pay the readjustment clause because it has also been characterized as abusive by the Ombudsman and recalled the corresponding amendment that SYRIZA had submitted in the summer but was voted down by the government.

Finally he pointed out that there must be one total change of strategy because the winter will be difficult. “There should be an end to profiteering and secondly, households facing social and economic difficulties should be supported, because we will find ourselves in a phenomenon of energy poverty of a frightening extent,” he stressed.

For his part, the President of PPC employees, Mr. George Adamidis, he emphasized that this vicious cycle of high energy prices linked to natural gas and subsidies should be stopped, since as he said “the government ultimately subsidizes the providers through the consumer. Money leaves one pocket and goes to another.”

“It’s not two pockets. It is a pocket of producers and providers that fills up, come rain or snow. And it fills and overflows and it is also the taxpayer’s pocket that is empty because he has paid the subsidy twice since it has been drained from taxation” concluded Mr. Tsipras in closing.

Facebook
Twitter
Pinterest
WhatsApp
Previous articleYou can be stylish even if you work out – Find what suits you and what is the ideal outfit
Next articleMexico: Two dead from the powerful earthquake of 6.9 Richter that “shaken” the capital