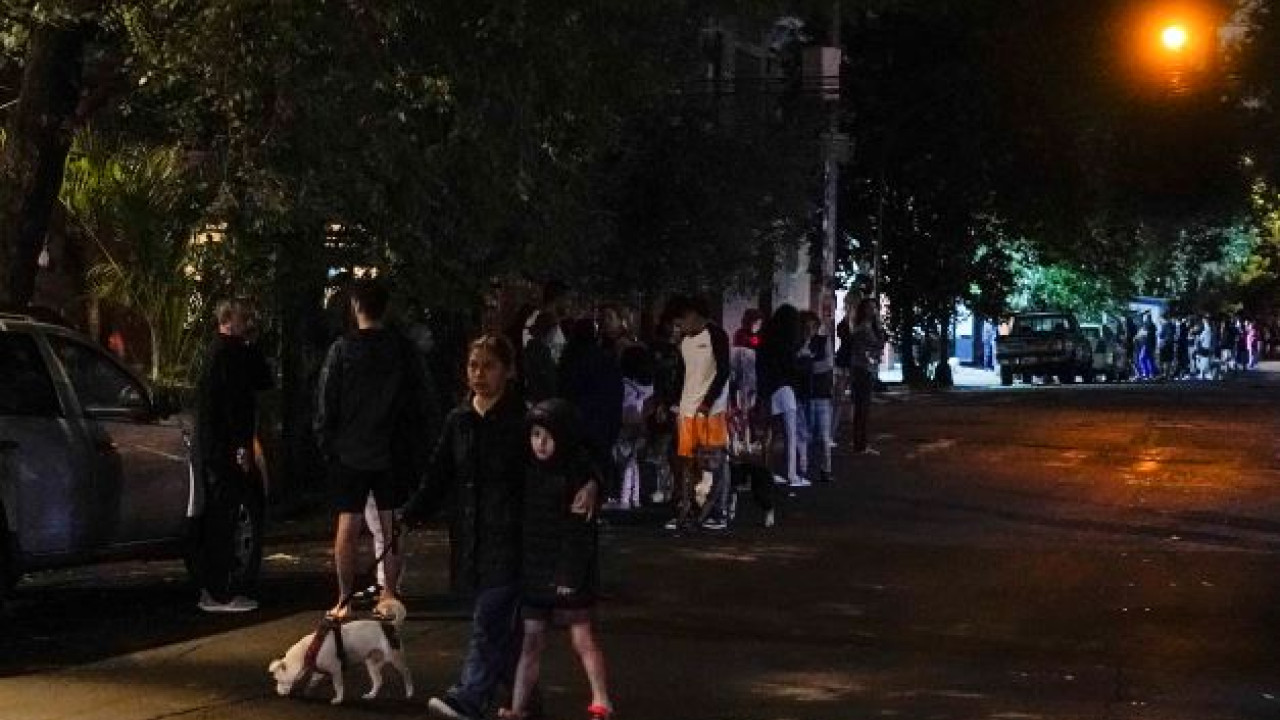 Mexico: Two dead from the powerful earthquake of 6.9 Richter that “shaken” the capital

Many were the ones who took to the streets in their pajamas when they heard the earthquake alarm. The epicenter of today’s earthquake was again located in the western part of Mexico

An earthquake of this magnitude 6.9 points, which occurred shortly before 1:20 local time (09:20 Greek time), was the strongest aftershock of the one that occurred on Monday, according to the National Seismological Service. The epicenter of today’s earthquake was again located in the western part of Mexico, near the Pacific coast.

In Mexico City a woman lost her life from falling “down the stairs of her house” when the earthquake alarm sounded, the capital’s mayor Claudia Sheinbaum said on Twitter, citing civil protection services. A man also died of a heart attack.

Many took to the streets in their pajamas when they heard the alarm, according to AFP reporters.

The epicenter of the earthquake was located in the state of Michoacan, the country’s president Andres Manuel Lopez Obrador said on Twitter, adding that four western states were affected – Michoacán, Colima, Jalisco, Guerrero – as well as the capital. “No damage has been reported at this time,” he added.

Mexico City’s mayor said helicopters were flying over the city to take stock of any damage.

The epicenter was located 84 kilometers from the city of Coalcomán, the country’s seismological agency said.

The epicenter of Monday’s 7.7-magnitude earthquake was located in Michoacán, near the Pacific coast. Two people died in the state of Colima and about 3,000 buildings were damaged, according to the seismological agency.

Monday’s earthquake occurred on the same day as two other deadly earthquakes that struck Mexico in 1985 and 2017, in an unlikely coincidence.

On September 19, 2017 a total of 369 people died in a 7.1 magnitude earthquake and entire buildings collapsed in central Mexico.

The probability of a third earthquake on September 19 this year was 0.000751%, according to scientist Jose Luis Mateos, who was cited by Mexican newspapers.

“There is no scientific evidence that tells us that September 19 is a special day to cause an earthquake,” noted the mayor of Mexico, who is a physicist.

Facebook
Twitter
Pinterest
WhatsApp
Previous article
Alexis Tsipras: Mitsotakis is subsidizing the energy grab – Households will not endure
Next article
How the 1st Oscar-nominated Indian ended up in the role of Moon in a series