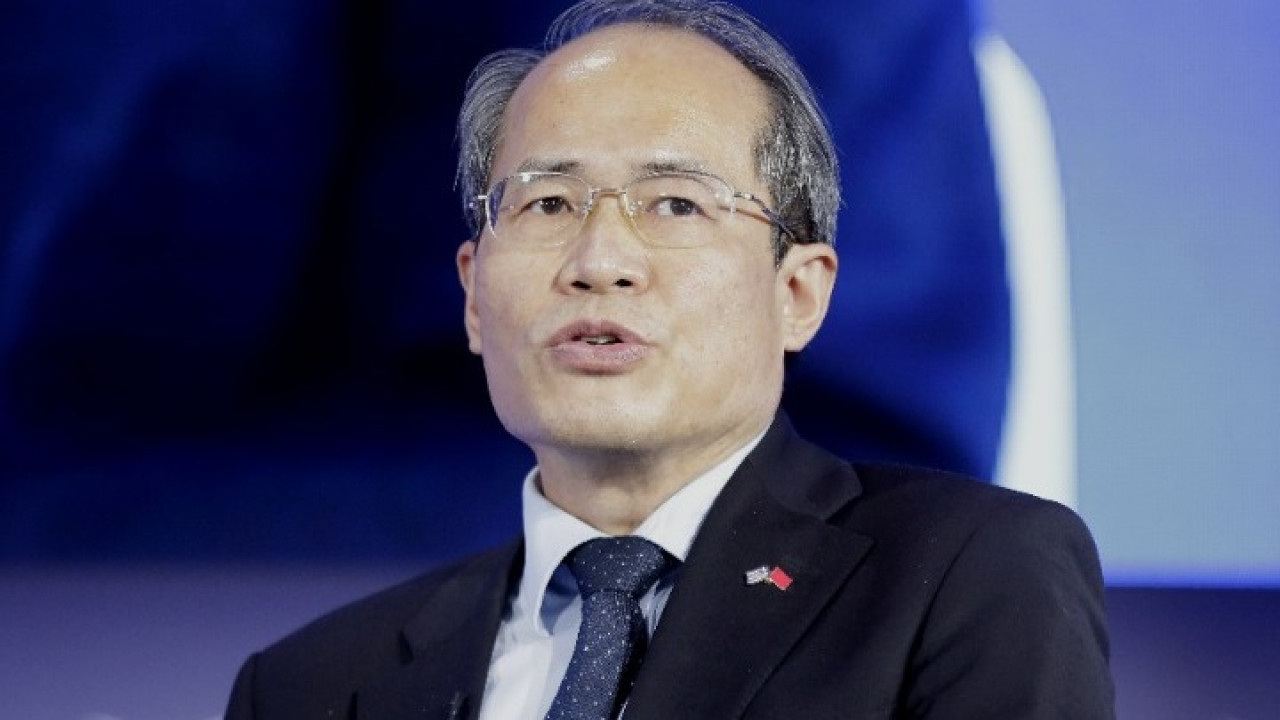 Xiao Juncheng: China and Greece insist on safeguarding our sovereignty and territorial integrity

At the same time, the Chinese ambassador observed that today both China and Greece have entered a critical stage of national development and national revitalization.

The message that “only law and justice and not power and violence can judge History”, as well as that China and Greece insist on safeguarding their sovereignty and territorial integrity, as the foundations of international law, sent tonight the Chinese ambassador to Greece Xiao Juncheng.

In his greeting at the event organized by the Chinese embassy in Athens for China’s national day and the anniversary of 50 years of diplomatic relations between China and Greece, the Chinese ambassador characteristically said: “As the cradles of Eastern and Western civilization respectively, China and Greece know themselves and seek self-improvement by making friends instead of seeking rivals. We both insist on safeguarding our sovereignty and territorial integrity, concepts that we see as the foundations of international law that underpin the international order.” In addition, he noted that “our two countries look forward to building a community with a common future for humanity that allows countries and peoples with different systems and different values ​​to coexist peacefully. We support independent decision-making and independent exploration of development paths based on the interests of our country and people. We also promote dialogue between cultures, seek common ground by putting aside differences, and believe that only law and justice, not might and violence, can decide history.”

At the same time, Xiao Juncheng conveyed that “as we are at a new historical starting point, let us use the 50th anniversary of the establishment of diplomatic relations as an opportunity to consolidate our traditional friendship, expand practical cooperation, deepen people-to-people and cultural exchanges, and let’s start the journey together towards the next brilliant 50 years of China-Greece comprehensive strategic cooperation”.

Picking up the thread of official diplomatic relations since the year they were established, Xiao Juncheng said that in 1972, the two countries opened a new chapter of friendly cooperation and launched a historical process where two ancient civilizations of the East and the West are moving forward hand in hand. “For half a century now, China and Greece have always stuck to their historical vision, followed the trends of the time, and firmly supported each other on issues concerning their core interests and main concerns. Believing in the idea of ​​openness and mutual benefit, they jointly build the “One Belt, One Road” Initiative, promote cooperation under the China Mechanism with Central and Eastern European Countries, and spread the wisdom of ancient civilizations and the Olympic spirit, bringing tangible benefits to the two countries and their peoples, and creating a model of mutual learning between cultures for the international community,” the Chinese ambassador said.

Furthermore, the Chinese ambassador observes that today both China and Greece have entered a critical stage of national development and national rejuvenation. “Greece has fully launched the “Greece 2.0” plan to promote economic recovery and transformation, and has made significant achievements. It has completely freed itself from the effects of the European debt crisis and is accelerating to leave the shadow of the pandemic behind it, “raising its head proudly”. Accordingly, the 20th National Congress of the Communist Party of China will be held in China on October 16, to plan the two-step strategy for realizing the second centenary goal, and outline China’s new development plan,” he said.

On the occasion of the 50th anniversary of the establishment of diplomatic relations, the Chinese ambassador presented the Outstanding Contribution Awards to Greece-China relations, in recognition of their significant contribution.

On behalf of the government, Vice-President Panagiotis Pikrammenos addressed a greeting. Among others, the Deputy Minister of Foreign Affairs Costas Fragogiannis, the Deputy Minister of Citizen Protection Lefteris Oikonomou, the Secretary General of International Economic Relations and External Affairs of the Ministry of Foreign Affairs Yannis Smyrlis, the Regional Governor of Attica Giorgos Patoulis, while SYRIZA-PS was represented by Alekos Flambouraris and Giorgos Katrougalos .