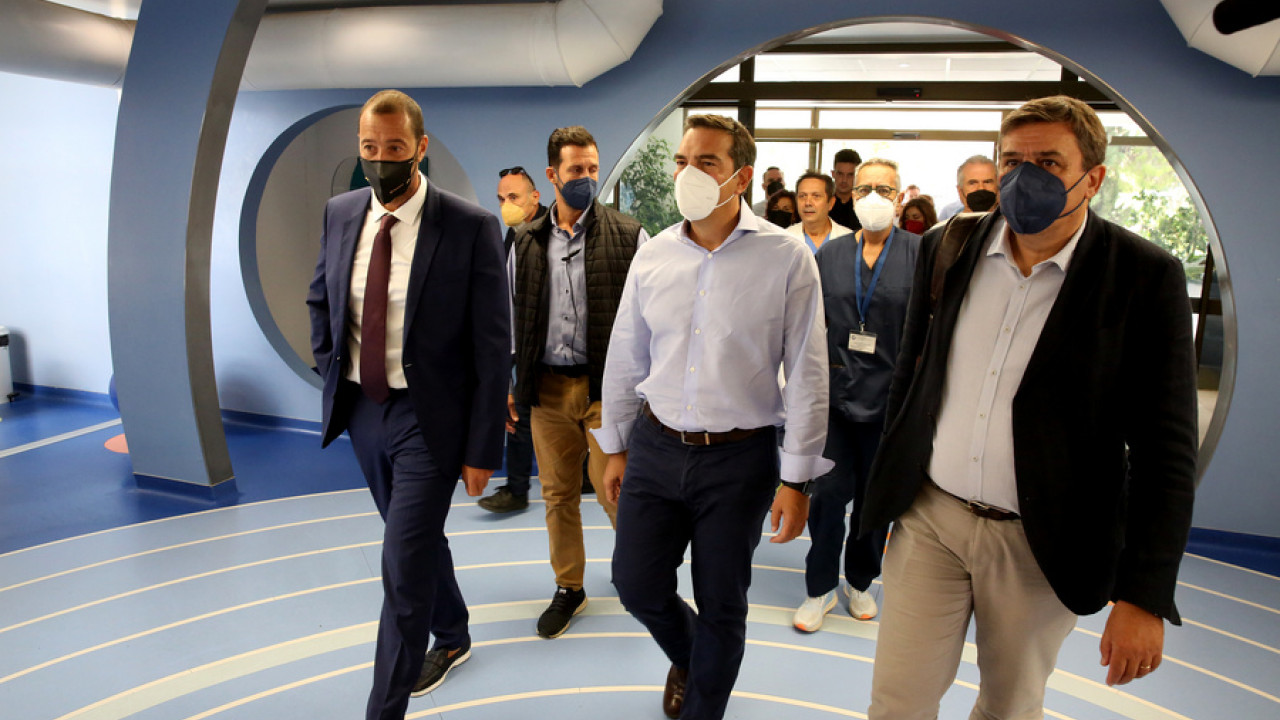 Tsipras at the Children’s “Agia Sophia”: Shocking that the largest pediatric hospital does not have an anesthesiologist

Mr. Tsipras described as shocking the fact that the largest pediatric hospital in the country has no anesthetists, as a result of which 3,000 children are on a waiting list for surgery

The president of SYRIZA, Alexis Tsipras, visited the “Agia Sophia” Children’s Hospital today, accompanied by the head of the Health Department of SYRIZA-PS Andreas Xanthos and the deputy head of the Social Solidarity Department Theano Fotiou.

Mr. Tsipras described as shocking the fact that the country’s largest pediatric hospital does not have anesthesiologists, with the result that 3,000 children are on a waiting list for surgery.

During a meeting with the administration of the Children’s “Agia Sophia”, the president of SYRIZA-PS accused the government of retrospective solutions which will not solve the problem of shortages.

On the one hand, the notices will take time, on the other hand, the movements will transfer the problem to other hospitals, stressed Alexis Tsipras.

Immediately after, the president of SYRIZA-Progressive Alliance also spoke with workers about the situation at the hospital.

“If we do not realize as a society the need to support a strong public health system, we will find ourselves in situations worse than those here” he underlined, stressing that brave initiatives must be taken for the NHS.

Facebook
Twitter
Pinterest
WhatsApp
Previous articleTreasures of Philhellenic Painting: Exhibition at the Telloglio Foundation
Next article“Agia Sophia” Children’s Side: The problem of waiting for surgeries has existed since 2017