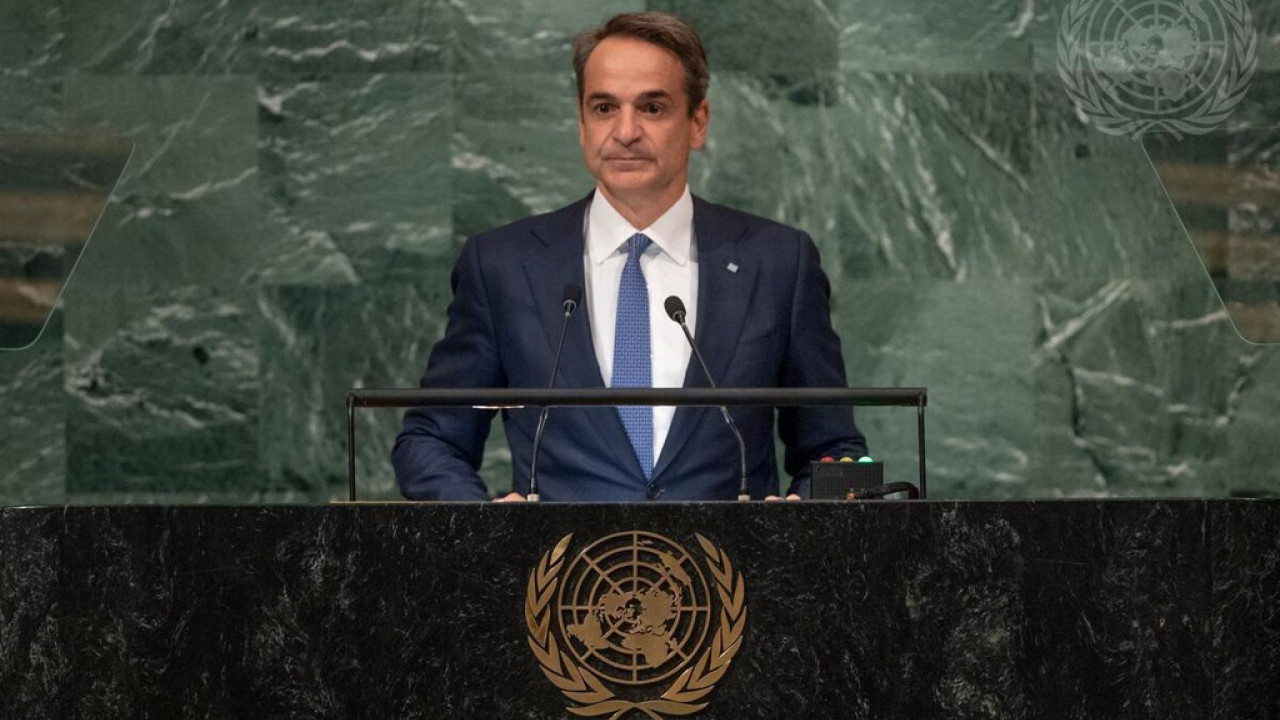 The prime minister described the questioning of Greece’s sovereignty as a “red line”. He denounced the Turkish provocations and reiterated that he remains open to dialogue with Ankara.

Loud answer to Turkish provocation and the lies about immigration, the Greek prime minister gave, Kyriakos Mitsotakis from the step of the 77th of the UN General Assembly. He even addressed to turkish people, assuring him that Greece is not a threat, with his relevant references reproduced in Turkish language via Twitter. At the same time, he reiterated that Athens is open to dialogue with Ankara and welcomed Turkey’s mediation on the export of Ukrainian grain.

In particular, Mr. Mitsotakis sent a message that his questioning sovereignty of Greek territory crosses the “red line” for all Greeks and that Greece will not be bullied by anyone.

“As the Prime Minister of Greece, I will never compromise on everything that has to do with the territorial integrity, security and stability of my country,” he pointed out.

Addressing the Turkish people, he emphasized that Greece it is not a threat for Turkey.“We are not your enemies. We are neighbors. We appreciate the many friendships between ordinary Greek and Turkish citizens,” he said characteristically.

This message from the United Nations is not only to the Turkish leaders, but to the Turkish people, I want to say this: Greece is not threatening Turkey. We don’t know you. Biz komşuyuz ve aramızdaki friendship relations çok önem veririz. #UNGA pic.twitter.com/bEcZcJiHnt

Regarding immigration, he pointed out that Turkey instrumentalizes immigrants since March 2020, when he actively encouraged and facilitated tens of thousands of desperate people to cross illegally into Greece in order to put pressure on the European Union.

He explained that Greece will continue to protect its borderss, with full respect for human rights. As he said the Coast Guard has saved tens of thousands of people at sea. “He did it again yesterday when we rescued more than 130 people, including many children, from two sinking boats in the Aegean,” explained Kyriakos Mitsotakis.

At the same time, he referred to the Cyprus issue, characterizing Ankara’s claims for a two-state solution as absurd and pointing out that Greece supports the UN Secretary General’s proposal for a mutually acceptable solution.

He mentioned at the same time that the invasion of Russia it should not succeed. Not only for the sake of Ukraine. But because it is imperative to send a clear message to other authoritarian leaders that outright aggressive actions in violation of International Law will not be tolerated by the global community of democratic states.

Finally he made reference to the return of Sculptors of the Parthenon characteristically saying “however long it takes, they will return home”.

Mitsotakis: The Eurogroup solemnly recognized the success of the Greek economy