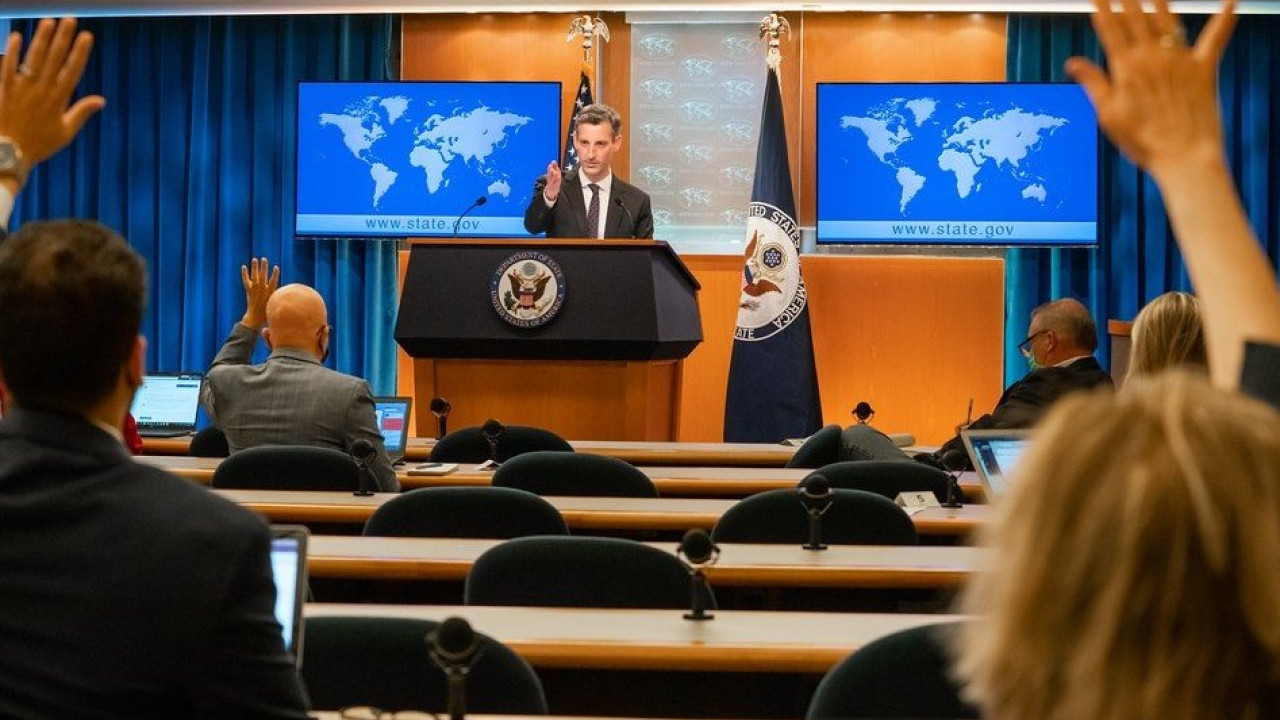 “Two measures and two standards”: Annoyance of the Turkish side after the harsh response of the USA

Annoyance to disappointment is demonstrated by the first Turkish reaction to tough US response for the Greek islands.

“The USA is showing the ‘national interests of America’ for the double standard in Greece” characteristically declares the agency Anatoli.

“The US State Department pointed out on Wednesday the ‘national interests of America’ in response to a question about the violation of an international treaty (s.s. Lausanne) by Greece with the deployment of American armored vehicles on two Aegean islands (Samos – Lesvos) ».

“When asked by an Anadolu Agency reporter about a protest filed by Turkey against Washington over the supply of military vehicles to Greece, spokesman Ned Price admitted that the U.S. applies double standards to its military sales to Greece and Turkey”.

“Reiterating his appeal to both Athens and Ankara to resolve their differences diplomatically, Price said: ‘We urge all parties to refrain from rhetoric and avoid actions that could further exacerbate tensions. The sovereignty and territorial integrity of all countries should be respected.”

“When pressed on whether there was any condition on the sale of military equipment provided to Greece that is used in violation of international agreements, Price replied: ‘We always look carefully at security assistance, including potential weapons systems and supplies that we provide to allies and partners in Worldwide'”.

He said the US provides its partners with security assistance to address “common challenges and common threats” and continued: ‘There is an ongoing evaluation process when we look at the security systems we provide to any country around the world.’

Asked again whether a term applies to one partner and not the other and what the standards are, Price said: ‘The standards we use are what’s in America’s national interest. And it happens when it comes to our allies and partners, what tends to be in our national interest it is also in the collective interest'”.

Facebook
Twitter
Pinterest
WhatsApp
Previous article
Rapper Coolio, who recorded Gangsta’s Paradise, has died at the age of 59
Next article
Mitsotakis: He will speak at a Google event – A new major investment is announced