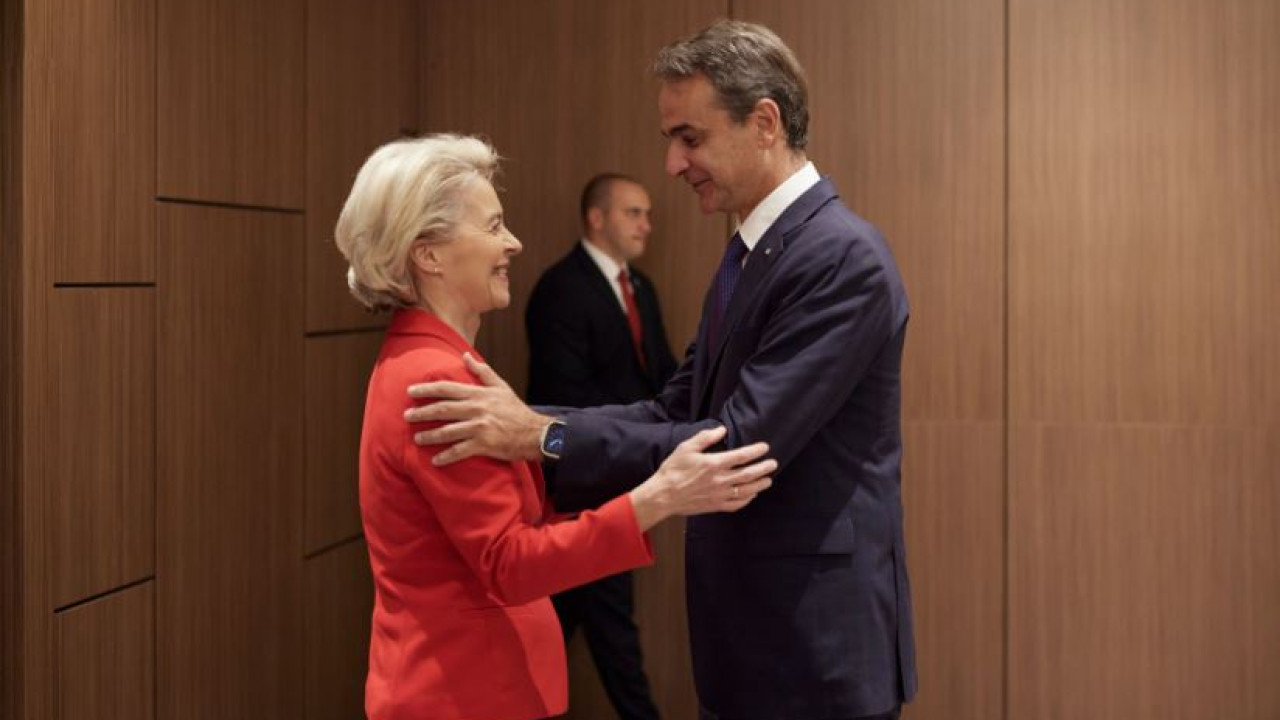 Mitsotakis to von der Leyen: It is necessary to impose a ceiling on the wholesale price of natural gas

Prime Minister Kyriakos Mitsotakis had a meeting with the president of the European Commission, Ursula von der Leyen, in Sofia, on the sidelines of the opening of the Greece-Bulgaria gas interconnector (IGB).

During the meeting, there was a special discussion on dealing with the consequences of the energy crisis. The prime minister underlined the need to take drastic measures on the part of the EU, repeating the Greek proposals with an emphasis on the need to impose a ceiling on the wholesale price of natural gas.

The developments in Ukraine were also discussed, after yesterday’s illegal decision by Russia, and it was pointed out that the EU will never recognize the illegal annexation of the occupied territories of Ukraine.

Kyriakos Mitsotakis informed the president of the European Commission about the latest developments concerning the escalation of Turkish delinquency.

He reiterated his firm adherence to dialogue on the basis of International Law, but also his determination to defend the sovereignty and territorial integrity of Greece and asked for the EU’s decisive support against Turkey’s aggression and revisionism.

The Prime Minister expressed his satisfaction with the visit of the Vice President of the European Commission, Commissioner for Values ​​and Transparency, Věra Jourová to Athens and the level of cooperation.

Facebook
Twitter
Pinterest
WhatsApp
Previous article
Number of voters abroad grows, but abstention is a point of attention
Next article
Victoria Beckham allowed on the catwalk – The family reunion and her… bride – Watch video