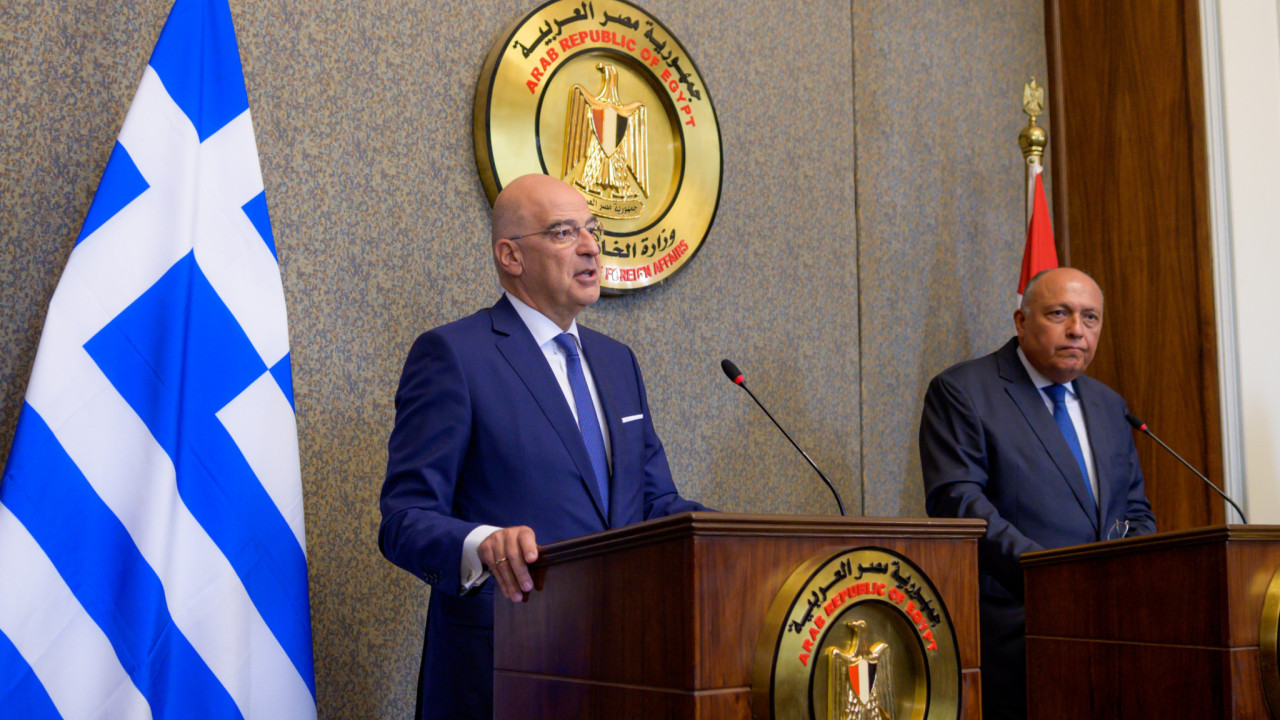 Greece-Egypt “front” against the Turkish-Libyan memorandum

A wall in the Turkish plans, Greece and Egypt are erecting together in order to prevent the new incendiary attempt of Ankara to revive the illegal Turkish-Libyan memorandum and to proceed with researches for hydrocarbons in the non-existent area of ​​its scope.

After the recent developments between the Libyan interim government and Tayyip Erdoğan’s envoys Ministers to sign an essentially void agreement, they took Greek Foreign Minister Nikos Dendias to Egypt and together with his Egyptian counterpart Sameh Soukry, sent a clear and loud message for the defense of the EEZ of Greece – Egypt. “No country in the world has the right to assign something that does not belong to it” clarified the Nikos Dendias adding addressing the interim government of Libya that “no government can grant Turkey research rights in areas where it does not exercise sovereign rights” and strictly emphasized: “No one can build new data on the basis of illegal and delegitimized actions. No one can ignore geography, no one can create a virtual world. A world where islands stop being depicted on the map”.

The statements of the Egyptian Minister of Foreign Affairs also moved in the same vein, climate and severity Sameh Shukri who noted that together with his Greek counterpart they confirmed “that the outgoing Libyan government has no authority to sign this international agreement”.

The Greek Minister of Foreign Affairs during the meeting in Cairo made extensive reference to the signing two years ago, in 2020, of the agreement between Greece and Egypt on the delimitation of the EEZ. An agreement which, as Mr. Dendias pointed out, is in full compliance with International Law and the International Law of the Sea, which produces exclusive sovereign rights for Greece as well as for Egypt. And he explained, clearly and for the umpteenth time, that our country will defend its sovereign rights by any legal means. “Greece has the intention and the obligation to defend these rights. By all means, I repeat, by all available means. We do not claim something that does not belong to us”, he emphasized.

The shenanigans of Ankara

At the same time, Nikos Dendias described the machinations of Ankara, attempting to follow up on the promulgated Turkish-Libyan memorandum, which Mr. Dendias described as a monstrosity. “Turkey, by blackmailing and pressuring Libyan actors, is attempting to establish a legal monstrosity by referring to the 2019 “memorandum”. This so-called “memorandum” was denounced internationally as illegal, invalid and non-existent. It clearly violates the fundamental principles of the International Law of the Sea. And it was never ratified by the Libyan Parliament. In reality, he was denounced by the Libyan Parliament,” he said.

Athens is on alert

The new contacts of Nikos Dendias are part of the wider and ongoing mobilization and internationalization by Athens of the Turkish provocation, but also in the formulated decision of Greece not to leave any reason and any act of Turkey at the expense of our country, unanswered.

After all, as the prime minister and top government officials have repeatedly stated, Greece owes and is ready for anything. It is much more likely that the Turks are constantly trying, either with fiction, or with completely illegal and illegal actions such as the “Turkish-Libyan memorandum”, to create some achievements and build on them the next step of their propaganda or claims.

Next station of Nikos Dendias

Nikos Dendias’ next stop is Valletta, where he will hold talks with the Minister of Foreign Affairs of Malta, Ian Borg, while they are expected to make joint statements to the press at 12:30.

The discussions of the Minister of Foreign Affairs are expected to cover a wide range of issues, such as the prospects for further strengthening of bilateral relations, the cooperation of the two countries in the EU and the migration-refugee issue. In addition, the talks are expected to focus on international and regional developments, such as the situation in Ukraine after the Russian invasion, as well as developments in the Eastern Mediterranean and Libya.

Facebook
Twitter
Pinterest
WhatsApp
Previous article
Russia and now what? “Nuclear games” in the words of Putin – Pressure from the Ukrainians
Next article
The liquidation of the outstanding supplementary pensions is in the final stretch