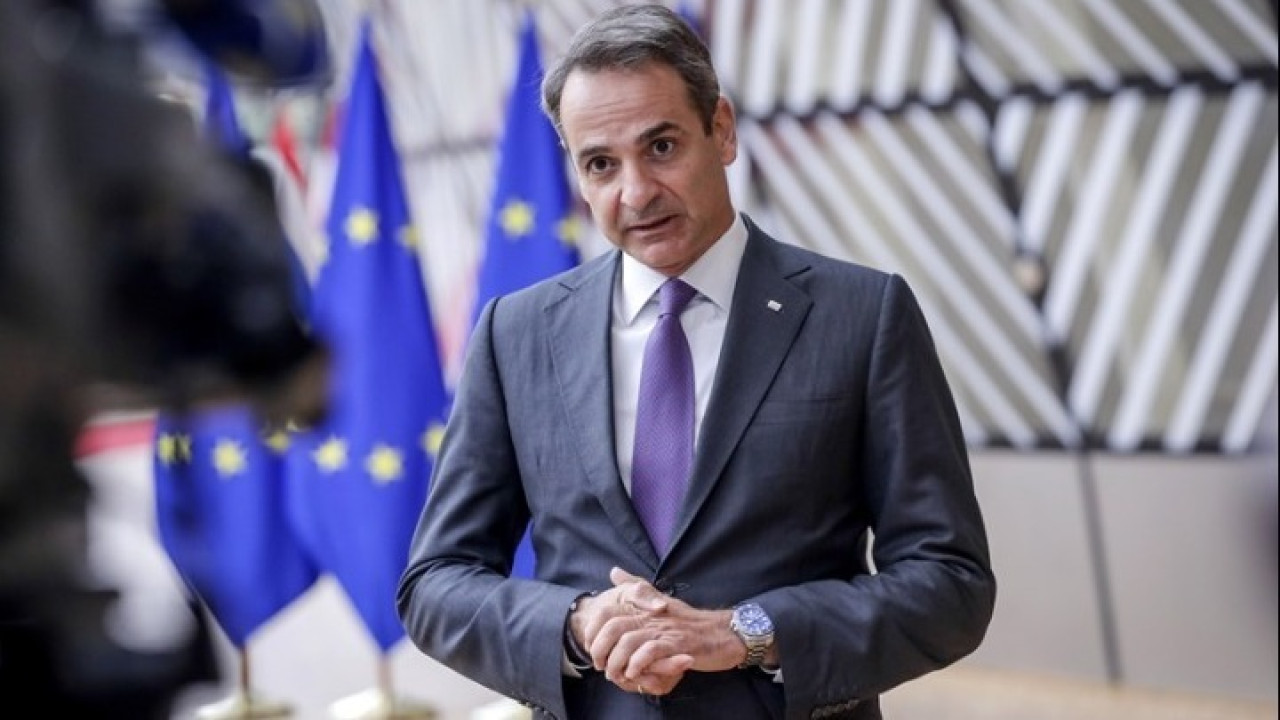 Mitsotakis before the Summit: The time has come to make European decisions on the cost of energy

“The Greek Government will continue to support Greek society and especially our most vulnerable fellow citizens so that we can all overcome this difficult winter together,” said the Prime Minister from Brussels

“The European Council that starts today will be crucial, because the time has come to make European decisions to deal with the most critical issue that concerns all European societies. And I am referring to the high cost of energy, which causes chain effects, with very high levels of inflation,” said Kyriakos Mitsotakis coming to his meeting European Council in Brussels.

The prime minister added: “I believe that after a lot of preparatory work we have now reached the point where we have at our disposal a package of proposals from the European Commission that moves in the right direction. And I really believe that we will be able to convince even the most skeptical participants in the European Council that now is the time to take these bold decisions. To impose a cap on the price of natural gas, at the level of the TTF, so that we can provide a response to those who are instrumentalizing energy to impose unnecessary pain on European societies.”

And he continued: “In any case, I want to reiterate that the Greek Government will continue to support Greek society and especially our most vulnerable fellow citizens so that we can overcome this difficult winter together. We have spent over 7 billion in 2022 alone – a significant part of which has come from the energy producers themselves – and in doing so have managed to keep electricity bills at acceptable levels. It is also something that all Greek citizens find out when they receive their bills. They see the amount of the subsidy and realize what they would be paying if there wasn’t this significant government intervention.”.

The prime minister, answering a related question, stated that “the proposals made by the European Commission are moving in the right direction”.

And he added: “We’re talking about an overall package, part of which is what we call a ‘price ceiling’ or a ‘price corridor,’ that will put a cap on the extreme volatility that we’ve seen in the TTF index. I think there are ways to overcome what could to be a legitimate concern from member states who fear for security of supply. I believe that the European Commission has thought through its proposals well and I would expect that by the end of the Summit there will be an agreement to entrust the European Commission to move forward with them the proposals, which would include what we call a ‘TTF cap’. I believe this is needed today at the European leadership level. I believe we have already lost too much time. We have paid Russia unnecessary amounts in terms of excessive gas prices. And if we want to send a message to European societies that there is a European solution to something that essentially constitutes a European problem, we must let’s act now”.

The prime minister was also asked about the resignation of Liz Traz and gave the following answer: “I just learned about it, so I have not seen her statements. I do not want to take a public position on this issue. Suffice it to underline that we have always supported a productive relationship between of the European Union and the United Kingdom. And I hope that this political instability that has plagued the United Kingdom for some time will finally come to an end. Thank you.”