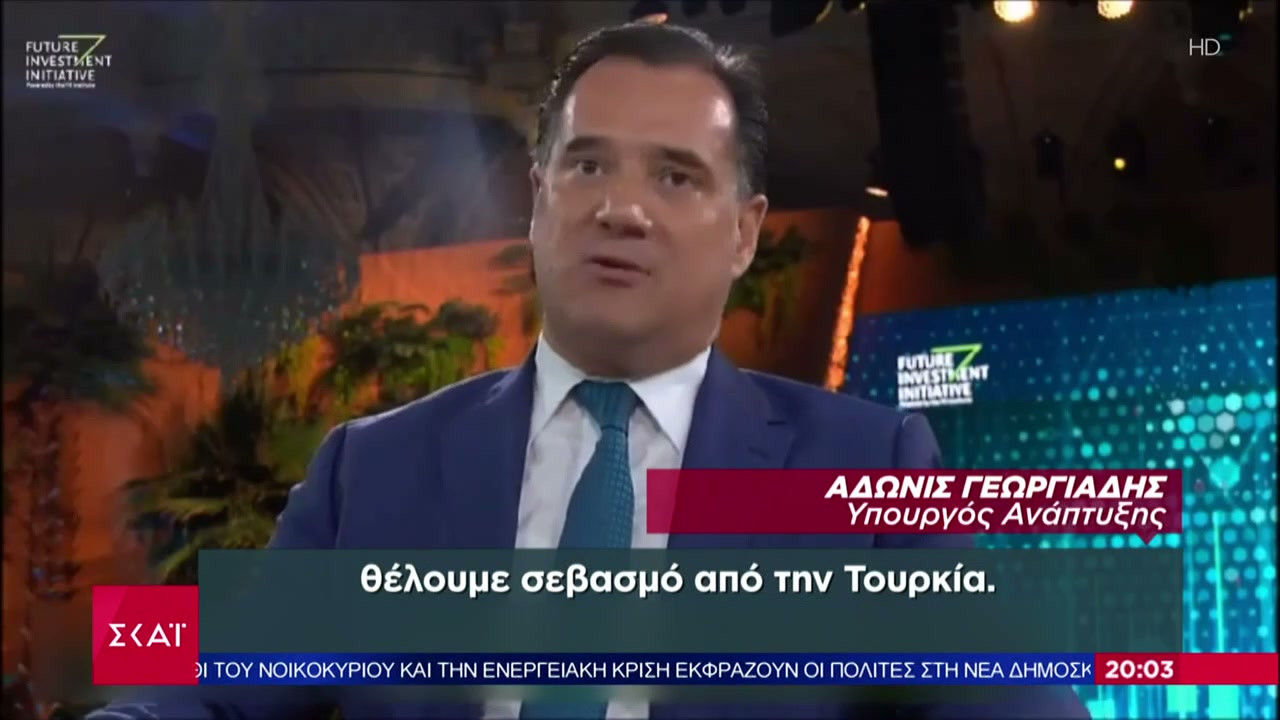 The Minister of Development also emphasized that Greece is working hard for security and stability in the wider region of the Southern Mediterranean.

A clash between Adonis Georgiadis and the Turkish finance minister arose at the 6th investment forum in Riyadh, when the Minister of Development declared that Greece will defend itself in every way against Turkish aggression.

“If Erdogan insists on questioning our sovereignty, our sovereign rights, our borders, in that case you understand that we will defend ourselves in every possible way. So on the one hand, we want cooperation but also, we want respect from the Turkey,” said the Minister of Development.

The Turkish finance minister could not contain his irritation and a day later, he tried to answer Adonis Georgiadis from the same stage.

“Bringing a bilateral issue to this precious platform is first of all disrespectful to the host and then to all the participants here. Greece must be freed from these complexes of hers…” said Noureddin Nebati.

The Greek minister, however, emphasized that Erdoğan’s revisionist behavior is hurting the Turkish people themselves.

“It has turned Turkey into a country that almost no neighbor in the region wants to have a relationship with. This is not good for the Turkish people. And above all, it challenges the sovereignty of a member of the European Union, Greece, and still maintains troops in another member state, Cyprus. If they really want peace, stability and prosperity, we are here but the tango needs two”

The Minister of Development also emphasized that Greece is working hard for security and stability in the wider region of the Southern Mediterranean.

Facebook
Twitter
Pinterest
WhatsApp
Previous article
The British Secretary of Defense confirmed the discussions on buying Eurofighter from Turkey
Next article
Electricity bill: cost of not ‘taxing the sun’ will exceed R$ 5.4 billion next year