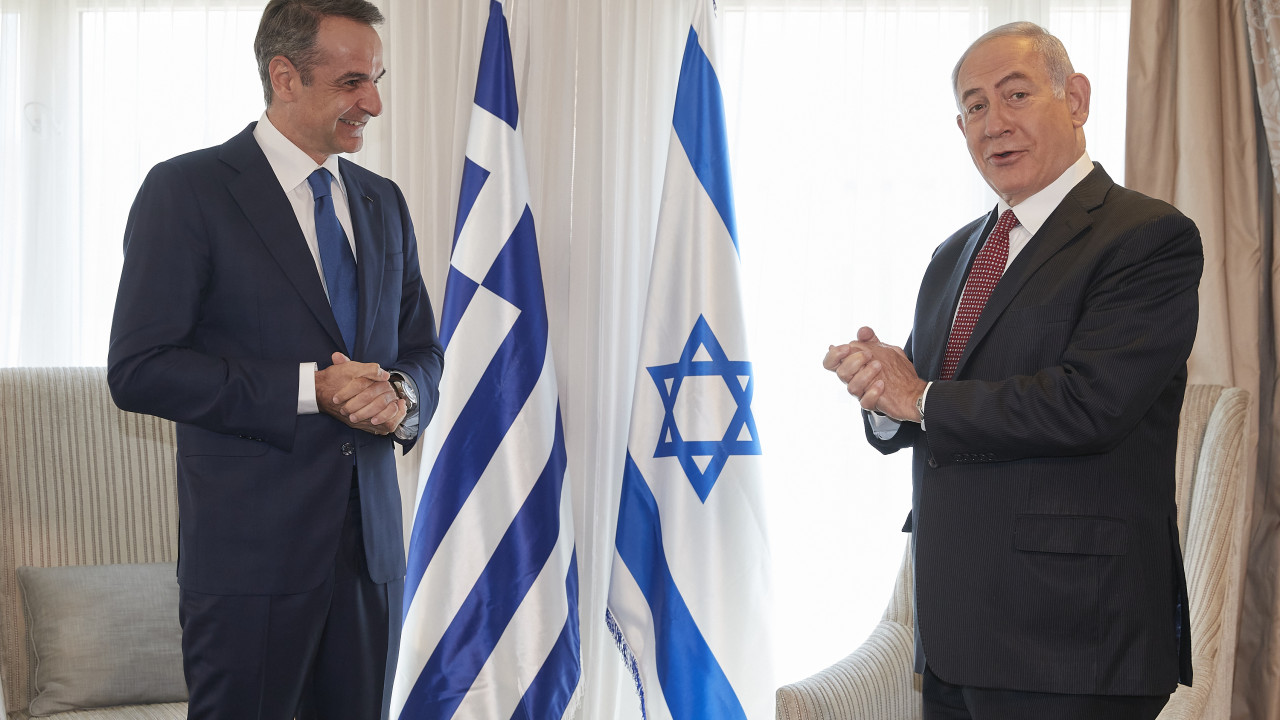 Greek-Israeli relations in a new era

Military cooperation with Israel remains high on the agenda for Greece. The two sides are in discussions on a number of programs

There is no doubt that the very strong possibility Benjamin Netanyahu to once again take over the “reins” of the country was met with smiles in Athens. He is the person he worked with four different Greek prime ministers (Giorgos Papandreou, Antonis Samaras, Alexis Tsipras, Kyriakos Mitsotakis). They may have had different orientation and policies, but progress in bilateral relations during his days never stopped. How much they will influence the government, its new partners is too early to determine yet. The rise of far-right Itamar Ben-Gvir and the Jewish Power party, which is part of a bloc of right-wing formations, did not go unnoticed. They will be the third largest force in Parliament based on their seats.

The Guardian in its editorial appeared very cautious. He spoke of shocking results, adding that “it marks the triumph of the racist extreme right in the form of the religious Zionist allies of Mr. Netanyahu who want the expulsion of the “infidel” Palestinian citizens of Israel and the annexation of the occupied West Bank.”

The Biden administration has made it clear that it wants nothing to do with Ben-Gir, and so a new geopolitical game begins. Greece is also involved here, as it is important that the scheme (3+1) with the participation of the USA continues and that Netanyahu’s new partner does not act as a brake. The composition of the new government is not expected to affect the strategic relationship that Athens has with Israel. But it is essential that Washington does not change its attitude.

Military cooperation with Israel remains high on the agenda for Greece. The two sides are in discussions on a number of programs that include upgrading 19 Apache AH-64A attack helicopters and supporting the Air Force’s C-130s. At the same time, the projects for the creation of the International Aviation Training Center of Kalamata are progressing. Cooperation, very important, also takes place in the field of unmanned aircraft.

Once again of course the balance with Turkey will be delicate. The return of Netanyahu to power after the short-lived government of Bennett and Lapid (only 17 months) was not the best possible development for Ankara. Their diplomatic contacts in recent months have been largely restored, but Erdogan’s relations with Netanyahu have never been the best. The Turkish president may not have to start from scratch again, but the change of leadership partially changes the situation. Things are made more complicated by the good relationship that Netanyahu has built over the past years with Putin. It is something that the US also does not like, but it also contains a positive element. Tthe possibility of depriving Erdogan of the privilege to be the sole mediator in the region to end the war in Ukraine.

Facebook
Twitter
Pinterest
WhatsApp
Previous article
Athens responds with coolness and preparedness to the “intimidations” of Ankara
Next article
Soltz in Beijing, his partners in… bars