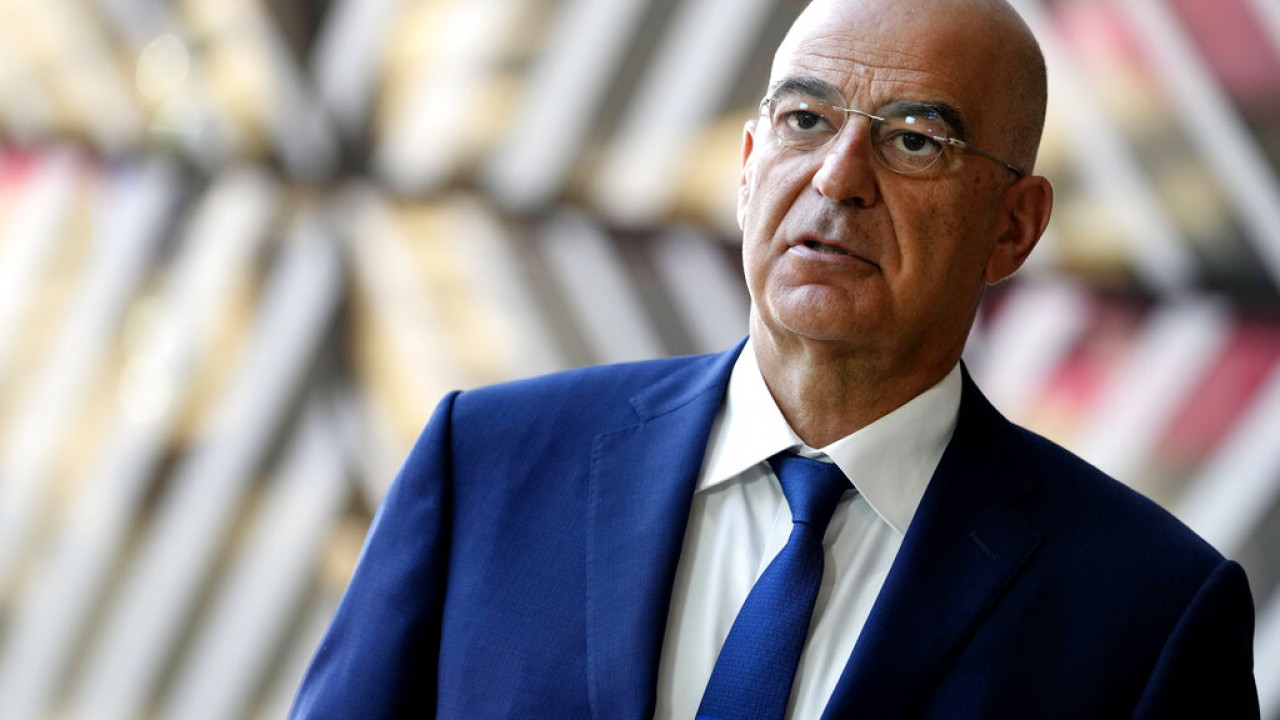 Dendias: The national sovereignty and territorial integrity of Greece cannot be disputed

Our country is shielding itself, diplomatically and defensively, against the constant strategy of inverting reality, which the Turkish side is attempting, emphasizes the Minister of Foreign Affairs

A message in all directions that the national sovereignty and territorial integrity of Greece are not subject to discussion and are not amenable to the slightest doubt, the Minister of Foreign Affairs sends Nikos Dendias with his interview in the newspaper “Eleftheros Typos”.

Our country is shielding itself, diplomatically and defensively, against the constant method of inverting reality, which the Turkish side is attempting, emphasizes the Minister of Foreign Affairs, Nikos Dendias. Nikos Dendias reports that in the face of the escalating threat from Turkey, Greece has chosen to oppose, with calmness and determination, the documented arguments, which are based on International Law and the International Law of the Sea.

In fact, he believes that Turkey’s provocative behavior, as it manifests itself both at the rhetorical level and through concrete actions, is not a temporary phenomenon that could be explained simply by the electoral needs of the Turkish leadership. On the contrary, he sees that it seems to be a structural feature of the current Turkish foreign policy, which consistently serves its revisionist narrative.

Regarding the possibility of dialogue, the Foreign Minister emphasizes that constructive and meaningful dialogue cannot exist in the toxic environment created by Turkish provocation. “Constructive dialogue can only take place on the basis of equality, on the basis of International Law. Not with logic of power and with personal insults. Not by challenging sovereignty and violating sovereign rights. Not with “sluts” and “sluts”” he explains clearly.

He makes special reference to the “undivided support for the Greek positions” of our country’s partners and allies. In particular, he states that in the context of the EU, solidarity towards our country is reflected in the face of Turkish aggression and at the same time, on a bilateral level, in the cooperation with our partners in the EU, but also with other countries, “we are receiving recognition of the Greek positions”. As an example, he referred to the recent visit of the Serbian Foreign Minister to Athens, his first official visit abroad, as he points out. “The importance of supporting Serbia does not lie only in the fact that it is a traditional friend of Greece. Yugoslavia has signed the Lausanne Treaty, the Montreux Convention, as well as the Paris Treaty,” he notes.

Asked about his recent statement that the Turkish side is attempting to intimidate Greek society and the government, Nikos Dendias pointedly added that in essence it is an attempt to shape and impose a new “model” of bilateral and regional relations, noting that this is incompatible with any notion of good neighborliness and respect for the fundamental principles of International Law.

Referring to Libya, points out that due to its geographical proximity, it could be a natural interlocutor for our country and sends the message that Greece always looks forward to a constructive dialogue with third countries on the basis of International Law and especially International Law of the Sea, especially when it comes to for countries in our wider neighborhood. “After the two agreements we signed in 2020 with Egypt and Italy respectively, for the delimitation of the EEZ, Libya is now between two completely legal demarcations” he observes and hopes that all sides in Libya will realize that the observance of International Law of the Sea is the only condition for the delimitation of the EEZ, and that the Libyan government that will emerge from the elections will enter into a discussion with Greece, in order to legally complete this delimitation. “This is a demarcation, which will serve the interest of both our countries and further promote the consolidation of stability in the Mediterranean” he makes clear. Besides, he clarified that for the relevant negotiations to take place with the Libyan side, an inviolable condition is the existence of a Libyan government, which can bind the country internationally, which is not the case today, as he adds.

What does his recent visit to Kyiv signify? “It aimed to show that, at a time when International Law and its fundamental principles and values ​​are being brutally trampled upon, Greece insists on its unwavering application as a counterweight to any revisionist and expansionist tendencies,” as well as “the emergence of a clear message, regarding the direct threats facing Greece from its biggest neighbor to the east” answers Nikos Dendias. At the same time, it is important that the European Union, and the West in general, continue to unwaveringly support the independence, sovereignty and territorial integrity of Ukraine within its internationally recognized borders, but also of all the states of the world that face similar threats.

Asked to answer how the political climate will be shaped in which it is seen how the country will march towards the 2023 elections in the wake of a recent publication that included him among political figures he said were being monitored, Nikos Dendias says that what what worries him and which he avoids “is the formation of a toxic political climate in all sectors, which will also affect the sectors of foreign policy and national defense, at a particularly critical juncture” and he hopes that ahead of a year, in which in any case elections will be held, elementary prudence will prevail.

Finally, in a question about an account of what has happened, the foreign minister states that with a series of moves in the last 3 years and the methodical expansion of alliances and partnerships, in all geographical areas of the planet, “we can face with confidence, any challenges, the next years”.

Facebook
Twitter
Pinterest
WhatsApp
Previous article
Mehran Naseri: The Iranian who inspired Spielberg died at the airport where he lived for 18 years
Next article
Covid-19: know who are the famous diagnosed with the disease in recent days