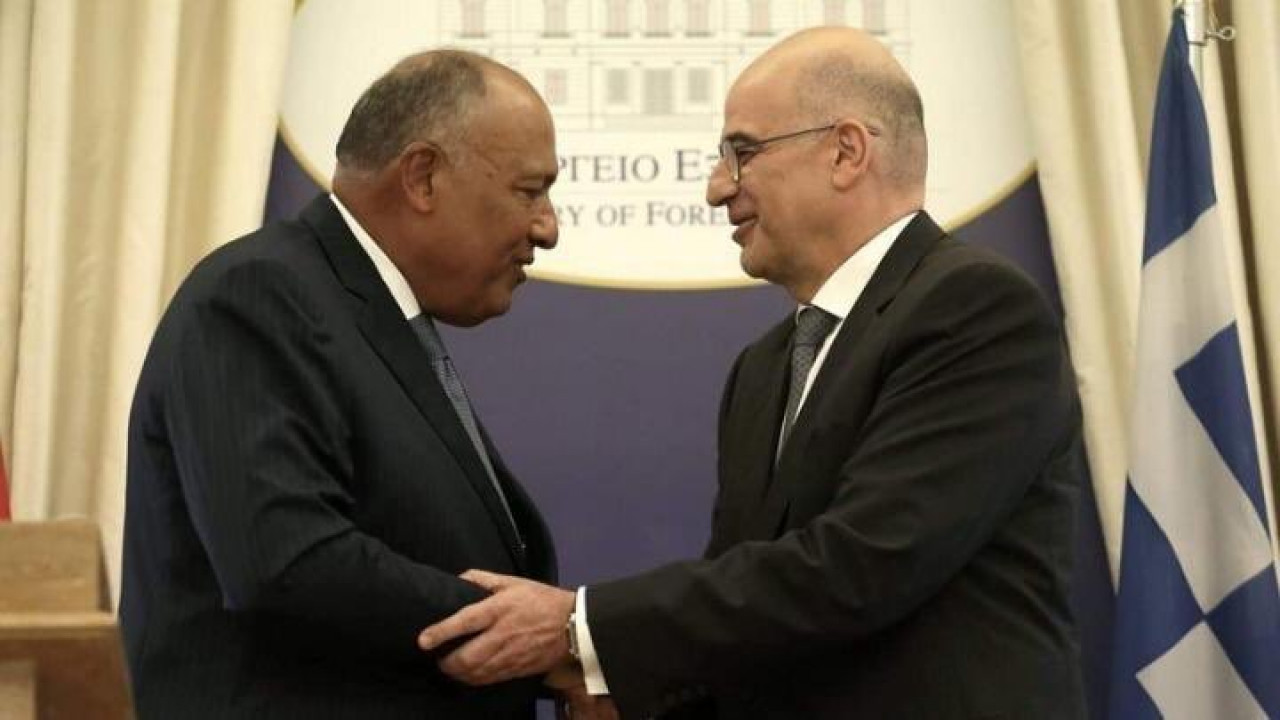 The new Greece-Egypt agreement was signed – What does it provide?

After the delimitation of the EEZ, Athens and Cairo proceeded to sign a new interstate agreement in a special ceremony.

The new one was signed a while ago interstate agreement between Greece and Egypt by which a new operational plan is implemented for the demarcated area between the two states, and the illegal Turkish-Libyan memorandum is effectively cancelled. The two sides agreed to joint search and rescue (SAR) operations in the disputed area.

After the delimitation of the Exclusive Economic Zone, Athens and Cairo recently proceeded to sign the new interstate agreement (“Memorandum of Understanding on Cooperation in the Aeronautical and Maritime Search and Rescue Sectors”) in a special ceremony.

“The Agreement we are signing today reflects the strategic relationship we have forged in recent years, a relationship which is based on strong timeless bonds of friendship and mutual respect,” Defense Minister Nikos Panagiotopoulos emphasized, among others.

“The cooperative relations between Greece and Egypt (…) It should be a model for the relations of all countries. They are based on respect, and good neighborly relations,” said the Egyptian Defense Minister.

Indicative of the warm climate that prevails between Athens and Cairo, were the statements of the officials of the two countries:

“This agreement gives a significant boost to the joint effort to further deepening of bilateral relationsand bilateral cooperation. With a focus on adherence to International Law, including the Law of the Sea and the principles of the United Nations Charter. With a view also to the respect of international legitimacy and the promotion of peace and stability in the Mediterranean, but also more widely.”

“The Agreement we are signing today reflects the strategic relationship we have forged in recent years, a relationship based on strong timeless bonds of friendship and mutual respect.

»Sthe Agreement defines the limits of jurisdiction and areas of responsibility for the Search and Rescue between Greece and Egypt which are identified with the FIRs of Athens and Cairo respectively, with full implementation and absolute respect of International Law. In contrast, the so-called “Memorandums of Cooperation” between Turkey and the Government of Tripoli constitute illegal, transgressive, invalid and destabilizing behavior.

»Greece and Egypt have a common vision for the creation of an environment that favors and supports the development and well-being of their peoples, as well as security and stability in the Eastern Mediterranean.

»We condemn all forms of revisionism and unilateral actions that violate sovereignty, sovereign rights and territorial integrity.”

“It is a very important step for the strengthening of relations and the strategic cooperation of the two countries.

»Mutual respect, respect for the values ​​of each country. The cooperation of the two countries is based on framework of respect for International Law”.

»The cooperation relations between Greece and Egypt (…) She should be a model for the relations of all countries. They are based on respect, and good neighborly relations.”

What does the agreement provide?

With the signing of the international agreement a new business plan is implemented for the demarcated area between Greece and Egypt, which effectively annuls the illegal Turkish-Libyan memorandum. The two sides will agree to joint search and rescue (SAR) operations in the disputed area.

This particular agreement acquires particular political weight, as it is the second signed by the two countries in a short period of time.

The first was the EEZ delimitation agreement in August 2020, which enshrined Greek sovereign rights that Turkey was trying to dispute.

What does the agreement include in detail?

This is a move that comes to further protect the borders of Greece and in continuation of a series of diplomatic agreements such as with: