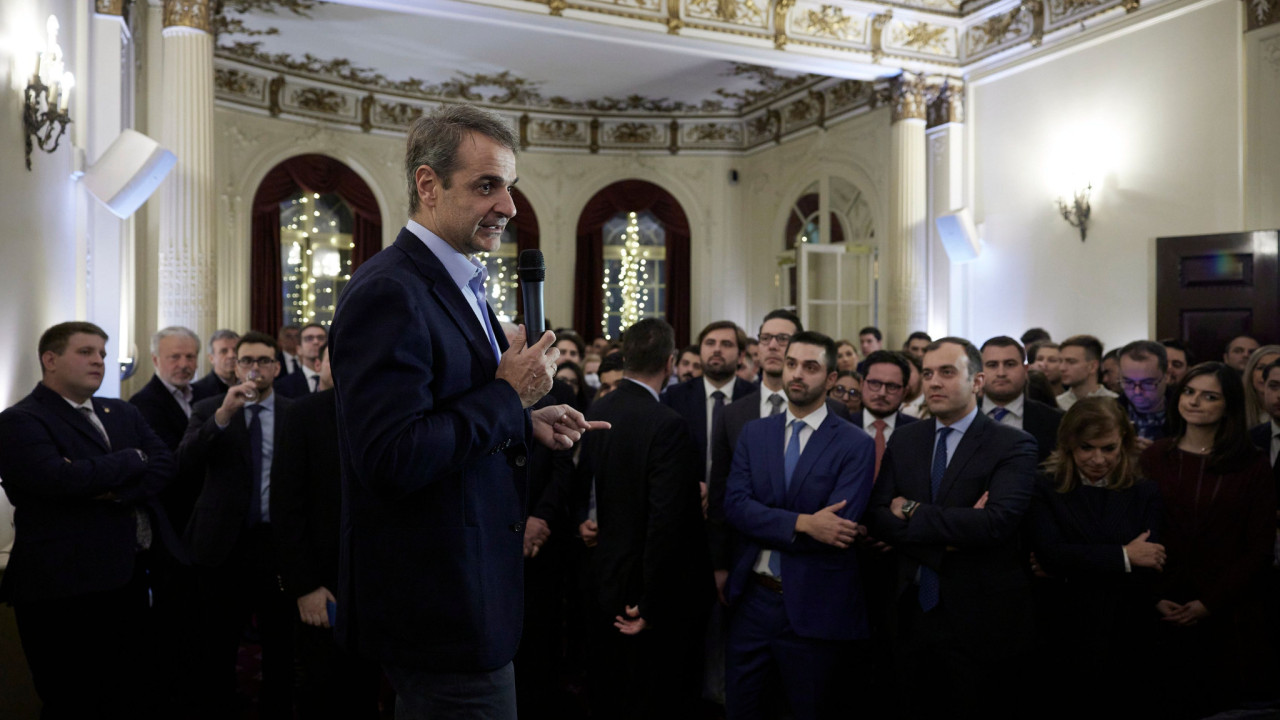 “I want you present in this battle,” he said at a party event of ND members and friends in London

“We will continue the course we have set or we will turn back”was one of the dilemmas that repeated Prime Minister Kyriakos Mitsotakis ahead of the upcoming election, speaking on Sunday at a party event of ND members and friends in London.

“When the time comes for the elections, we will be able to easily compare ourselves with the opposition and suggest what we have achieved in these four years and what SYRIZA has achieved, or rather what it has not achieved during the four years of its own government. And I think the dilemmas will be very simple: do we want to continue on this path, or go back”, he underlined.

“I want to ask you to be present in this battle. It is very important, every vote counts. You know that we will probably have a double ballot before us. And the first ballot – I don’t want to talk about two ballots, I want to talk about one national election – will give us the possibility to build that level of support to go to the second ballot and achieve self-reliance. And we need self-reliance precisely because the country must be governed with speed and efficiency. We proved that we can do it, we will do it again in the next elections”, added the Prime Minister.

The Prime Minister call those present at the event and by extension our expatriates around the world to hurry and register timely on the relevant electronic platform in order to exercise their right to vote from their place of residencebased on the new electoral legislation.

“We know, with a pretty high degree of certainty, that this election will be a double, so unless you are absolutely sure you want to go down to both elections in Greece, which of course is not impossible to do from London, I really recommend register on the platform and keep the option if you want to vote from abroad. You will have this possibility until three days after the elections are announced to be able to do this”, the Prime Minister emphasized and added: “We know that the elections will be held at the end of the four years, we do not know when exactly”.

Kyriakos Mitsotakis, who recalled being in London as a student in 1988 for a semester at the London School of Economics and then for three years as a worker, gave a brief account of government work.

Essentially we had five or six months of clear government time from July 2019 until the beginning of 2020. When we were first hit by the immigration crisis and immediately after covid which obviously set us back a lot and then we had to manage a very big challenge in terms of of Turkey and of course now Russia’s invasion of Ukraine and an unprecedented economic crisis – mainly in terms of energy prices – which forces us to constantly revise our planning”.

Mr. Mitsotakis he did not fail to express his satisfaction because despite the successive crises that the present government had to face:

However, I feel great satisfaction, because despite the very big difficulties we had to manage, I believe that we remained consistent with our central pre-election commitments that we made before the Greek people in July 2019. We essentially committed to three major central political priorities. The first was to reduce taxes, the second was to create more jobs, attract investment and the third was to make Greeks as a whole feel safer again. And I think that on all three of these fronts we have significant and measurable results”, stressed the Prime Minister.

Mr. Mitsotakis pointed out that the continuous support of households and businesses against the energy crisis made possible by high growth rates that creates fiscal surplus.

He did not emphasize how our country in the last three years has become stronger shielding its defense capability and deterring Turkish aggression.

The Prime Minister and President of the ND was welcomed by the President of the DEEP Giorgos Papagiannakopoulos and the vice-president Roubi Georgakopoulou. Also present at the meeting were the Deputy Prime Minister, Panagiotis Pikrammenos, the Secretary of International Relations and ND MP, Tasos Hatzivasileiou and the Secretary of Greeks of the Diaspora, Nikos Theodoropoulos.