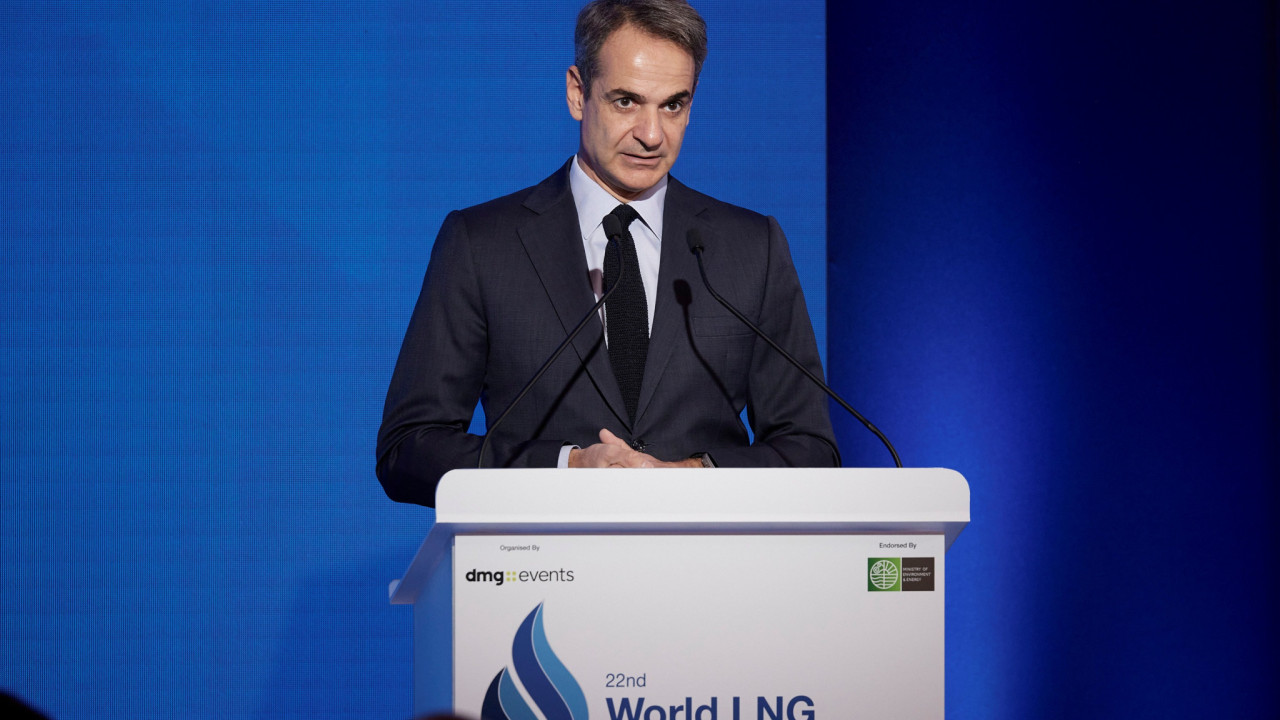 Mitsotakis: Greece is an exporter of energy security – The crisis is changing the energy map

“The crisis is changing the energy map of Europe and Greece is at the forefront of this change,” the prime minister stressed

Greece is an exporter of energy security to our neighbors, and this is mainly due to our energy strategy and strategy in the natural gas sector, the prime minister pointed out Kyriakos Mitsotakis, speaking today Wednesday at an international conference on Liquefied Natural Gas held in Athens. “The crisis is changing the energy map of Europe and Greece is at the forefront of this change,” the prime minister stressed.

Mr. Mitsotakis presented the new infrastructures that have been implemented or are being built and which allow for an increase in natural gas exports, noting in particular the new liquefied natural gas tank in Revythoussa which increased the station’s capacity by 65%, as well as the new floating Liquefied Natural Gas station in Alexandroupoli which is expected to be operational by the beginning of 2024, the TAP pipeline that transports natural gas from Azerbaijan to Europe via Greece and the Greek-Bulgarian natural gas pipeline that was inaugurated last month, while he also mentioned the prospect of constructing a pipeline supply of North Macedonia.

“In a few years we may have 2, 3 or even 4 floating stations Liquefied Natural Gas. We want to help our neighbors to diversify their energy supplies and to improve the stability associated with energy security” underlined Mr. Mitsotakis. Referring to the issue of prices, he emphasized that the rise puts pressure on consumers and businesses, adding that the development of the Greek economy that preceded and continues, allows the strengthening of consumers.

The prime minister reiterated the Greek government’s proposals to the European Union to take measures to intervene in a market that, as he pointed out, is not working properly.

He finally noted that Europe, as it already does Greece should proceed with the investigation hydrocarbon deposits, as natural gas as he said, will be around for a while and we need to ensure supply at a reasonable cost without affecting the energy transition towards a green economy.

“We need innovative solutions to ensure energy security now, without undermining the path to decarbonisation,” the prime minister concluded.