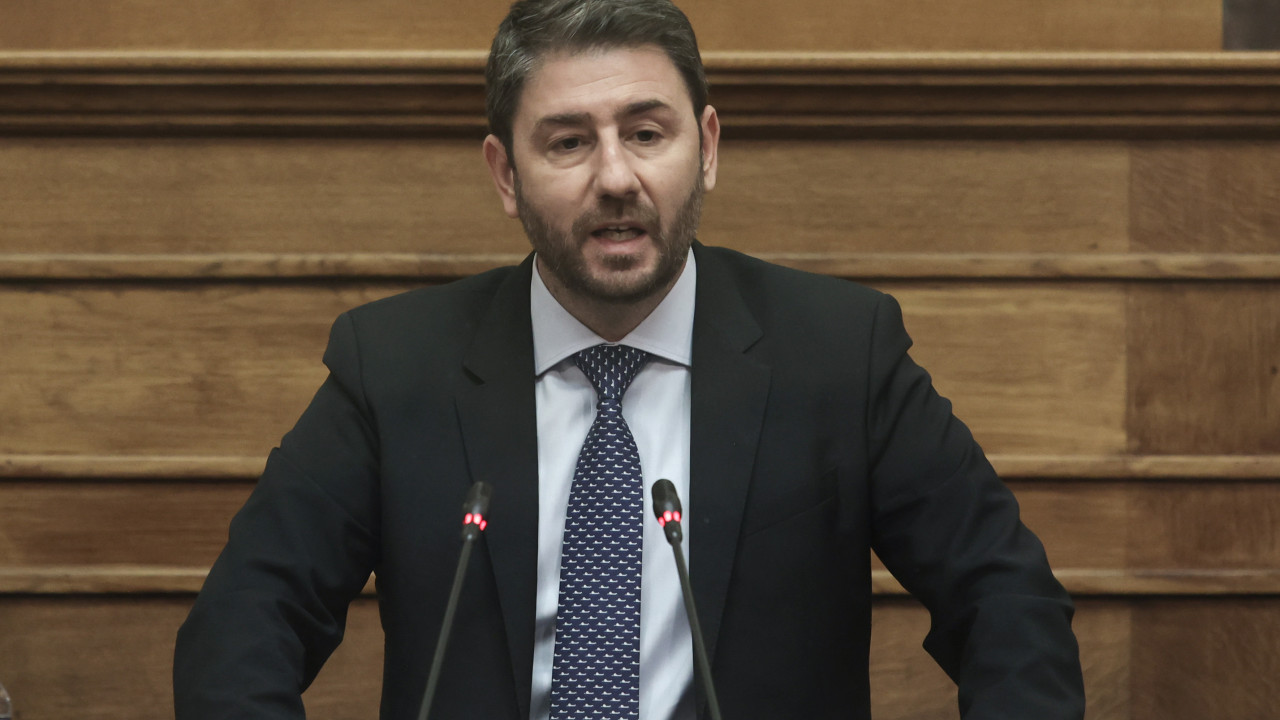 “It turns a public and social good into an object of the private market,” Mr. Androulakis said about the Health Bill and added that the Government is indifferent and makes healthcare a “privilege” for those who can pay.

A direct attack against the New Democracy government was launched the president of PASOK-Movement for Change, Nikos Androulakis starting his speech at the party event to be exact. He accused her of “eradicating” today the most important post-colonial reform, which bears the indelible stamp of PASOK: The public nature of the National Health System, and attributed this choice to serving small or large financial interests.

“It turns a public and social good into an object of the private market,” said Mr. Androulakis and emphasized: “While Greek citizens have the third largest private health expenditures in Europe, the Government is indifferent and makes healthcare a “privilege” for those they can pay.

Equally severe were the criticisms of the president of PASOK-KINAL on the matter of accuracy, where Mr. Androulakis emphasized that “the government’s choices are proving ineffective and insufficient. The purchasing power of households is constantly decreasing. Small and medium-sized enterprises and the primary sector are facing great difficulties, undermining the country’s development prospects.”

He added that in our country today, the poor are getting poorer and the rich are getting richer. We have inflation of profits, inflation of greed, which deprives the Greek citizen of dignity in his life, security for tomorrow”, asserted the president of PASOK-KINAL.

He accused the government of how, instead of reducing indirect taxes to lower the prices of basic products, it preferred a model of subsidizing bills that behind relatively low prices for consumers, hides the super profits of electricity providers and suppliers. “We were informed today by the Minister of Finance that 367 million euros were finally confirmed as an extraordinary contribution to electricity producers for the period October 2021 – June 2022. We only remember that the first finding in RAE, in May, determined it at 930 million euros! It seems that for some powerhouses, every day is Black Friday!”, he said

Presenting the proposals of PASOK-Movement of Change, the president of the party stated that a broad social and political current of assertion and a current of CHANGE against this policy, which lacks any concept of social justice, must be created.

In particular, Nikos Androulakis proposed that for the financing of Greek households, the resources of the Budget should be utilized with targeted support of households and not temporary benefits that are distributed. Redirection of Recovery Fund resources to strengthen the country’s energy security and grid interconnectivity. With the extraordinary taxation of the outrageous profits of power producers and banks.

Similar interventions are being promoted or are already being planned in England, Germany, Portugal, Spain where it is expected to raise 7 billion euros for the next two years.

1st) The reduction of VAT on food and fuel, but also the provision that baby items, such as baby milk and diapers, remain at the reduced rate.

3rd) Support – and reinforcement – of the Competition Commission and the RAE as well as the market control mechanisms, in order to deal with oligopolistic practices and profiteering in the market.

4th) Energy democracy for the independence from oligopolies, with strengthening of the infrastructure of transmission networks, electricity distribution and energy storage.

5th) Support for low-paid and low-pensioners with an immediate increase in the minimum wage to 751 euros and resetting its determination through national collective bargaining, a new EKAS for 350,000 low-pensioners and increases that cover inflation for all pensioners as well as a reduced single ticket on public transport for the period of crisis.

7th) Protection of the first residence of weak borrowers.

“The so-called staff state of the ND is the one that did not hesitate to violate the rule of law and the rights of citizens with the wiretapping scandal.

How can you claim to defend the public interest when you do not respect human rights and the rule of law?

The countries that ensure a high standard of living for their citizens are those whose institutions are strong and independent to carry out their work, underlined the president of PASOK-KINAL.

Nikos Androulakis concluded with applause, stressing that “there is no dilemma as to whether Mr. Mitsotakis or Mr. Tsipras will govern us.

Because both of them with their practices harmed the country and society, aggravated the problems and in many areas followed the same conservative and establishment logic”.

According to the president of PASOK-KINAL, the dilemma in the elections is “whether we will continue with the same ineffective policies, whether polarization and division will prevail or whether the way will be opened for the CHANGE that our country and people need. With all Greeks united

It is the time of the Democratic Party and PASOK.

It is the time of overturning all the pathologies that hold society captive. DEMOCRATIC COUP or tolerance of the regime and injustice”.

Following the event, there was a discussion with interventions by Yannis Chatzitheodossou, President of the Athens Chamber of Commerce, on the market situation and the meteoric rise of the Small and Medium-sized Enterprises, Panagiota Kalapotharakou, President of EKPOIZO and POMEK (Consumers and Accuracy), George Argeitis, Professor EKPA, scientific director of INE/GSEE (Accuracy and crisis of decent living) and Vangelis Marinakis, Assistant Professor of NTUA (Building together our energy independence, we respond to the crisis)

Facebook
Twitter
Pinterest
WhatsApp
Previous article
Hatzidakis: The decrease in unemployment to 11.6%, an indication that our economy is holding up
Next article
Ukraine presented a bomb capable of carrying nuclear weapons – “Russia is now hitting with them”