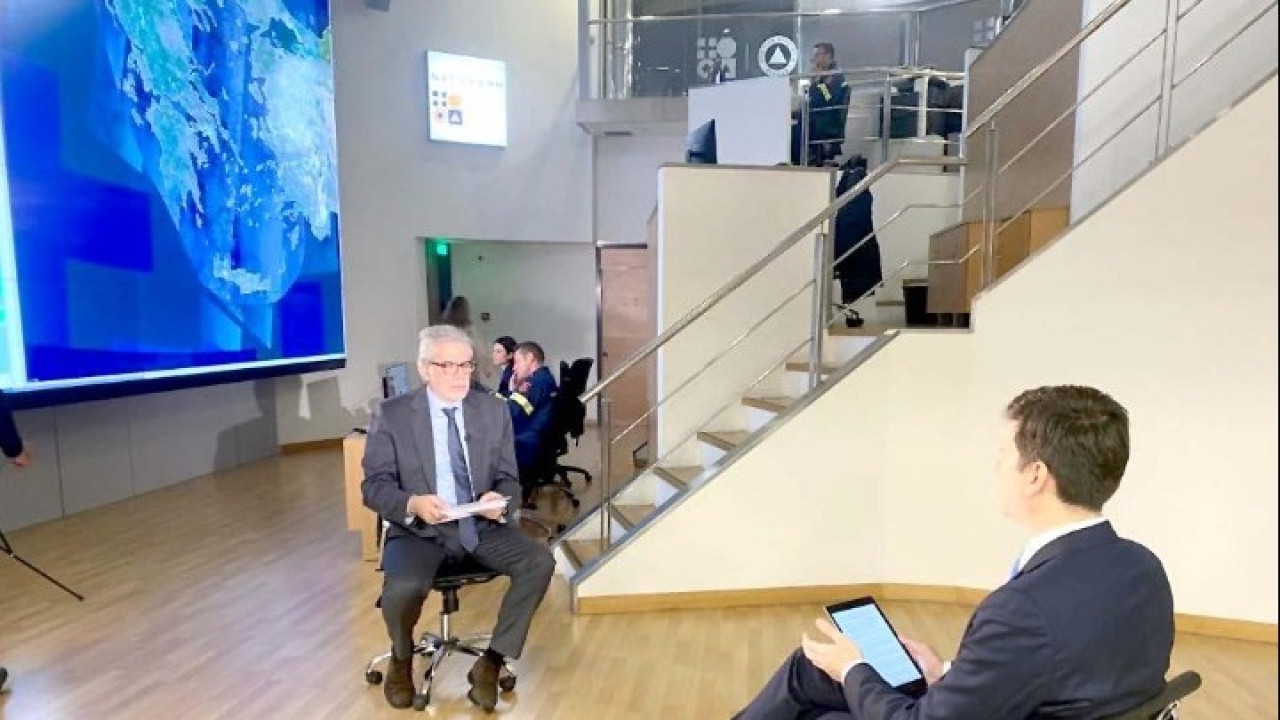 Mr. Stylianides argued that until the country reaches the level of meteorological forecasting we want with radars, there may be an exaggeration in terms of the warning part.

The Minister of Climate Crisis and Civil Protection Christos Stylianidis spoke to ERT and Apostolos Maggiriadis about the ways of managing the recent bad weather and also the natural disasters of the past period.

Mr. Stylianides argued that until the country reaches the level of meteorological forecasting we want with radars, there may be an exaggeration in terms of the warning part.

“We have already started with a group of meteorologists who will monitor the phenomenon throughout its duration, even with the tools we have, the models, the European, the American, as they say, in order to be able to respond exactly to how, to what we will give the 112 and to which we will not give it. I will tell you what happened to Ariel now. We felt that Zakynthos and Kefalonia would indeed have problems. The forecasters were all more or less in the same estimation. We sent 112. In Zakynthos we had very high rates of rain, in Kefalonia we had none. If we didn’t send 112 to Kefalonia and something happened, would they tell us why you didn’t send it? Which means until we get to the level of weather forecasting that we want with radar I think there may be an overkill on the warning part. I would say that if this exaggeration does not reach to discredit 112, because for me that is the limit, then it means that we are doing well”, said Mr. Stylianides.

“Why I accepted the offer to take over the ministry”

Mr. Stylianides also referred to the background of last summer that led him to respond positively to the invitation of the prime minister and take over the Ministry of Climate Crisis and Civil Protection. “It was very difficult for me to say no to the Greek prime minister since he was giving such an honorary position to help Hellenism in general. It was also the case of the particular prime minister for whom I said that I highly appreciate him and although it was a difficult decision, although I knew the difficulties, I knew that this was a minefield, I decided to do it and come to what my friend the President of the Parliament, Mr. Tasoulas, that I am roughly acting as a body donor in the sense that you knew where you were coming and yet you came. It’s a matter of conscience. If I didn’t come, I would feel worse. It was the difficulties, there are many. The field of civil protection linked to the climate crisis is indeed one of the most difficult fields of policy practice in the 21st century, but we must continue in this line, so that we all give our best to improve the situation. We will not stop natural disasters, nor fires, nor floods.

“Southeastern Mediterranean: “Cyprus at the center of the crisis”

Asked about the issue of the crisis with Turkey, Mr. Stylianidis said: “I believe that the vulnerable point in Greek-Turkish relations, and I say this as a Cypriot, is not the Aegean, but Cyprus. In my view, this aggressive rhetoric that appears on the part of President Erdogan, and unfortunately includes the Turkish deep state itself, will at some point find an expression whether we like it or not. I think this expression probably, no one can be sure, but I think it will probably be in Cyprus, in the area of ​​the classical Eastern Mediterranean as we know it, because that is what the internationalists say in Cyprus in relation to Turkey may have what we call a controlling crisis. And this can happen and be done either with the aim of postponing elections if the beans we say do not come out or to win over a nationalist audience that is currently moving between Ashkener, Bakhceli and AKP, which is also an audience that can determine the electoral battle in Turkey or simply to create conditions to discuss energy cooperation issues in the Eastern Mediterranean. I think as I follow the situation here in Greece and comments made in the media on the issues of energy and geopolitical change in the Eastern Mediterranean, the latest Israel-Lebanon agreement on EEZ issues has not been sufficiently appreciated. It’s a big twist. This creates a new model, it creates a precedent that, in my opinion, will also affect the issues of energy cooperation in the Eastern Mediterranean in general, but mainly in the matter of Cyprus.

Asked about the time needed for the country to acquire a comprehensive civil protection, Mr. Stylianidis answered five years: “We will have incidents and as I said before, the key is the three words coordination, how we will mitigate the effects and adaptation. We’re building this thing. I am not saying that we are at the level that, in my opinion, Greece should be as a European country. We need time, years, we want five years to get there. We want a five-year Crisis Management Coordination Center to be built here, to pass legislative initiatives, to limit the problem of overlapping responsibilities, for the Local Government to build its own resilience and at all levels, regions, municipalities and at the same time to involve and the citizen. It is the goal to involve the citizen. In the program financed mainly by the European Union, AEGIS, we have invested a large amount for the so-called education of the citizens”.

Facebook
Twitter
Pinterest
WhatsApp
Previous article
On social networks, Pelé says he is on a monthly visit to the hospital
Next article
Anvisa gives approval for advancing Butanvac tests on humans