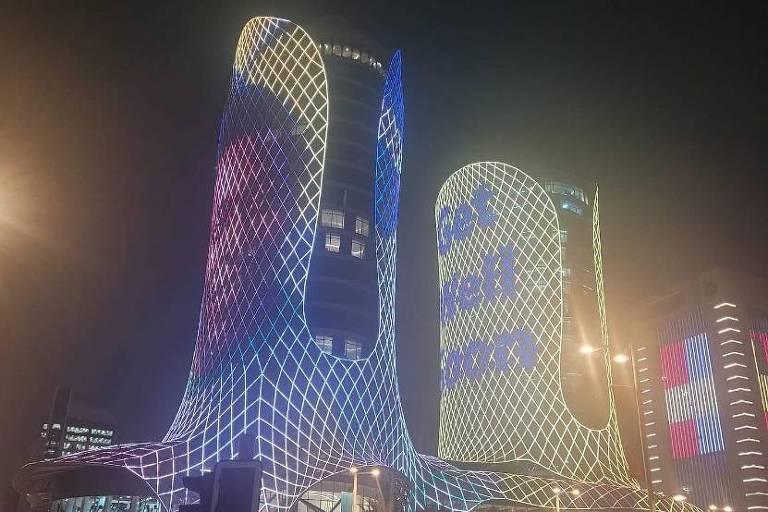 Admitted to Albert Einstein Hospital, in the west zone of São Paulo, since Wednesday (30th), Pelé published a post this Thursday (1st) on Instagram saying that he is there for his “monthly visit” and thanked the messages of support on the networks social.

“Friends, I’m in the hospital doing my monthly visit. It’s always good to receive positive messages like this. Thanks to Qatar for this tribute, and to everyone who sends me good vibes!”

According to the medical bulletin released on Wednesday afternoon (30), the 82-year-old King of Football has full control of his vital functions and is in a stable clinical condition.

He has been hospitalized frequently since he was diagnosed with colon cancer. The tumor was removed on August 31 of last year.

This Thursday, Flávia Arantes do Nascimento, daughter of the former player, published a video on social media talking about her father’s hospitalization.

“It’s a mess because my father went to Einstein for tests. I apologize for this evil media that keeps anticipating and creating facts that don’t exist, that we don’t even know about. But he is, yes, taking tests as usual. Accompanying the evolution of the cancer he has. So, let’s keep that energy, the World Cup energy, which he loves and is what he needs. Thank you so much for your affection and concern. But, more reason and less emotion”, he says Flavia in video on Instagram.

Kely Nascimento, another daughter of Pelé, who lives in the United States, also published this Thursday (1st) a new post on Instagram with a photo of the family together.

“At times like this, and indeed all times in life, I gratefully acknowledge that this world of mine would be intolerable, unbearable, unnavigable, without these people,” the caption reads.

Facebook
Twitter
Pinterest
WhatsApp
Previous article
Opinion – Eduardo Sodré: GM reveals new Chevrolet Montana, which has a double cabin and turbo engine
Next article
Stylianidis: “What happened to Ariel and why did we send 112 to Zakynthos and Kefalonia”