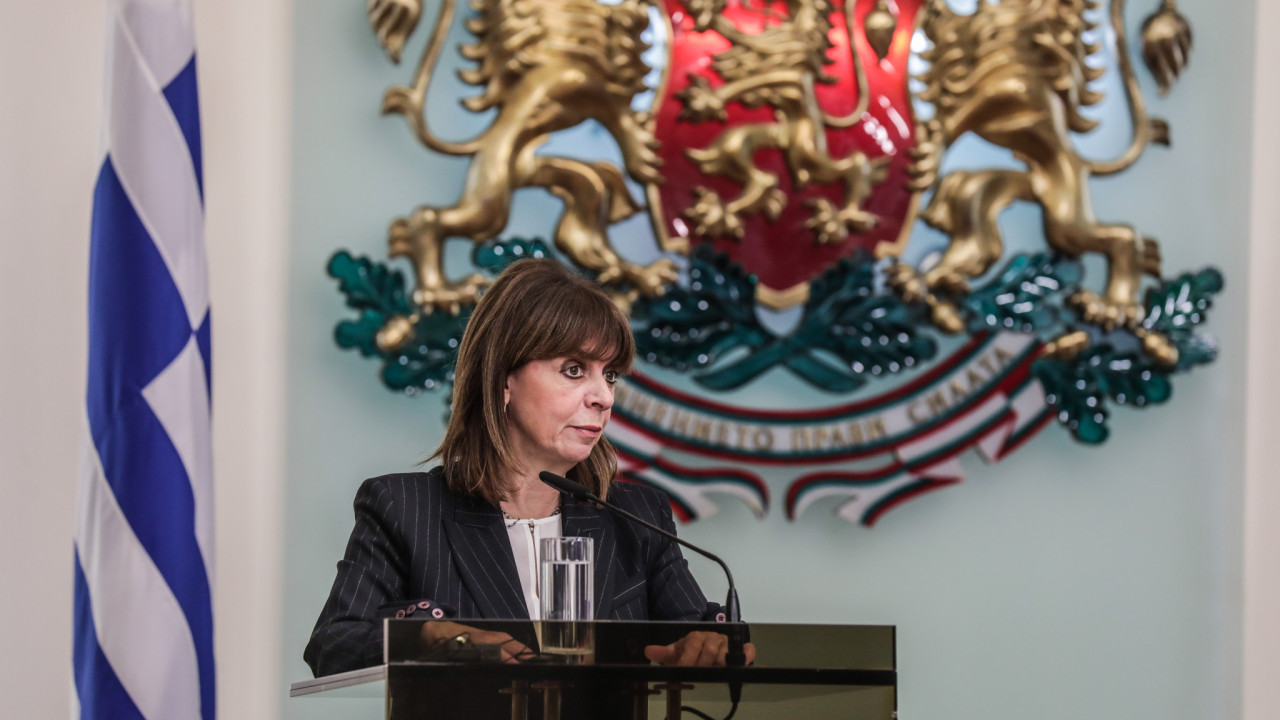 Sakellaropoulou: Vigilance is required regarding Turkey’s behavior in the Southern Mediterranean

In the deep faith of Greece in the common European future of the Balkan Peninsula and on the fast track integration of the Western Balkans in European Union mentioned the President of the Republic, Katerina Sakellaropoulouduring her objection to the dinner hosted in her honor by the President of Bulgaria, Rumen Radev, in Sofia.

The President emphasized that “this integration remains a constant strategic priority of Greece which, from the Thessaloniki Summit of 2003 until today, actively and practically participates and plays a leading role in the issue” and added that “we are absolutely convinced that the future of the entire of the Balkan Peninsula is in a safe and united Europe, as demonstrated by the Russian invasion of Ukraine.”

He also argued that “in this unstable period we are going through, when the very foundations of the international legal order are being challenged, it is now more important than ever to maintain a unified and consistent position regarding full respect for International Law”.

In particular, he noted that “with the invasion of Ukraine, a clear line has been drawn between those who violate international legitimacy, seeking to impose the revisionist policy on their neighbors by force, and those who defend it. This is a critical time for Europe and our partners.” As he argued: “For this reason, it should to remain vigilant also regarding Turkey’s behavior in the Eastern Mediterranean and beyond. It is necessary to send a clear message mainly from us, as member states of the European Union and NATO, that the continuation of illegal actions and the subsequent threat of destabilization of the region cannot be accepted.”

Referring to her visit to Sofia, she pointed out that it confirms the excellent level of bilateral cooperation between the two countries and reiterated that Greece-Bulgaria relations are excellent, have solid foundations and are based, among other things, on our common vision for a future of security, peace and prosperity for our countries, as well as for the wider region. “We are neighbors, partners in the European Union and allies in NATO, and with our participation in the Euro-Atlantic institutions we are a pillar of stability in Southeast Europe. In addition, Greece has always been supportive of Bulgaria’s efforts to join the euro zone, the Schengen system and the OECD,” he noted.

He also reminded that the recent completion of 140 years since the establishment of diplomatic relations between our states demonstrates the depth and at the same time dictates their dynamics. These relations reflect our important historical, political and cultural ties, as well as the friendship that binds our peoples. “We are brought together by the common elements of our popular culture, in a historical period that goes back to the Byzantine years: the aroma of the Orthodox tradition that the churches and monasteries of your country exude, the interest in modern Greek literature, as shown by the translation into Bulgarian of many works of our poets and prose writers by distinguished translators, such as Stefan Getsev, Georgi Kufov, Marin Zetsev, Zdravka Mihailova and Kalina Garelova, the great response that younger Bulgarian writers, such as Georgi Gospodinov, one of Europe’s most daring writers, Miroslav Penkov who creatively transforms the narrative tradition of his homeland, Kapka Kasabova who recorded the manners, customs, folklore of Bulgarians and their neighbors, wanting to emphasize how we are all the same in joy and in pain” he added.

Concluding, he argued that the continuation of the effort to deepen and expand the strategic partnership is our common pursuit and characterized the area of ​​economic development as particularly important, where Bulgaria has been, in recent decades, Greece’s most important trading partner and an attractive and profitable investment destination for expatriates Greek businesses.