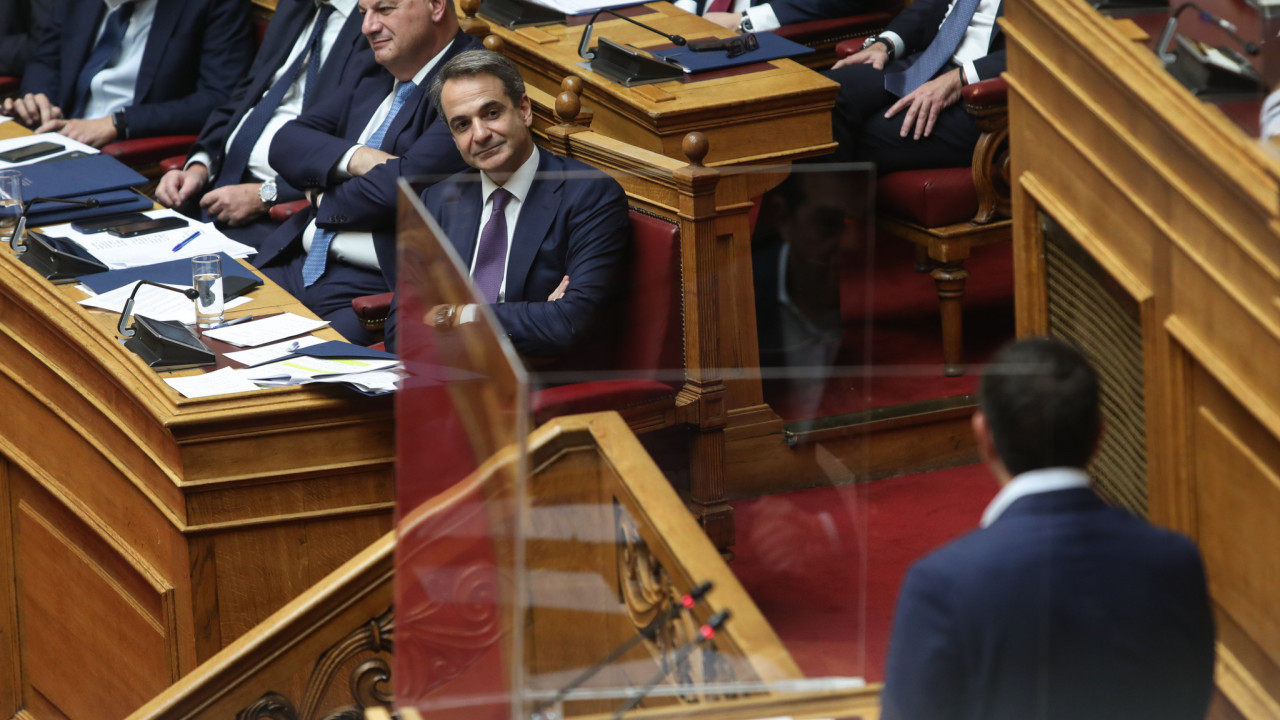 Somehow they would – for the time being – close the issue of surveillance, officials of the ruling party after the battle fought in the Parliament with the opposition, referring, as they have been doing from the first moment, the matter to the Justice and the clarification it will bring, but and emphasizing the fact that the government has taken the initiative and is now legislatively shielding the country from any kind of malware, while updating the institutional framework that applies to surveillance.

At the level of the plenary session of the Parliament, a cycle of the much-lauded case closes today with the passing of the bill for the institutional framework that governs and shields the EYP, having been preceded by a “fiery” meeting that culminated at the top level, with the head-on conflict between the prime minister and the leader of the official opposition, under the criticism of the leaders of the minor opposition, who targeted both Kyriakos Mitsotakis and Alexis Tsipras and, in addition to criticizing the substance of the case, blamed their manipulations for their party benefits, in the midst of the peculiarly long pre-election period we are going through.

The day after political leaders’ parliamentary battle over surveillance finds the parties weighing their strategy in Parliament.

The government staff maintains the fact that now, on its own initiative, a field has been demarcated that had been left open causing damage to both the State and the citizens, as the bill which from today on will be the law of the state comes to strengthen, among other things, the rights of citizens against the threats associated with technological development, the process of removing the privacy of communications is modernized with the assurance of all the required guarantees, the optimization of the action of the EYP, the criminal treatment of the trading, possession and disposal of surveillance software, the organic and functional upgrading of the level of cyber security in the country and the optimal harmonization of European legislation for the protection of natural persons against the processing of their personal data.

In the field of impressions, it is estimated that the prime minister won this battle as well, remaining firm in his institutional role, without seeking tensions himself, rather he raised his voice only when needed and when provoked by Alexis Tsipras, thus giving a basis to his essence issue and the policy promoted by the government. “In deeds and events and not in words and slander” as a government agent commented.

After all, the Prime Minister analyzed in Parliament the new institutional framework, which makes the country a pioneer in Europe with the main objective of harmonizing national security and individual rights, in contrast to the leader of SYRIZA who, as government MPs commented, chose the path of complaints, without evidence and without substantive proposals.

However, satisfaction also prevails in Koumoundourou, also considering that the issue of monitoring is its privileged field in the given period. Sources of the party insist that the discussion confirmed the view of SYRIZA which says that the “silence” of the prime minister and his avoidance of answering specific questions posed by Alexis Tsipras, – as they commented – revealed his guilt even from the stage of Parliament Megaros Maximos in the surveillance case.

In any case, for SYRIZA, the surveillance issue was not closed yesterday with the confrontation of the political leaders, nor with the passing of the disputed bill today, as they are determined to keep the case “open” until convincing answers are given and until the Justice shed light on the case.

As SYRIZA has shown, surveillance will be one of the main “cards” it will throw in the lot of the pre-election period, as opinion polls may rank surveillance among the last problems that concern Greek citizens, but the percentage of citizens who answer that they are concerned about this issue are high.

Facebook
Twitter
Pinterest
WhatsApp
Previous article
Fire at a 16-year-old Roma: Today the 34-year-old policeman is in front of the Prosecutor
Next article
Determined to continue what Putin started