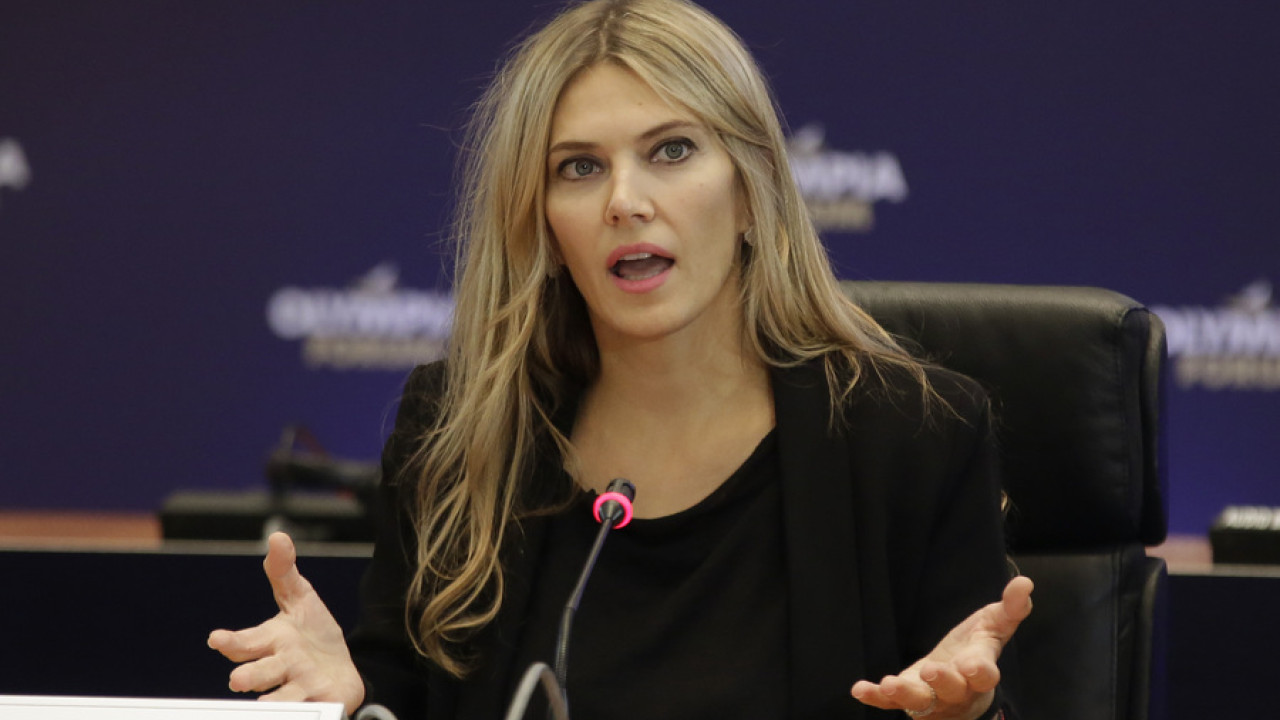 Eva Kaili: At 3 in the afternoon the announcements from the Belgian Authorities

According to information from SKAI, the number of people being questioned is now six.

At around 3:00 PM Greek time, the announcements of the Belgian authorities on the corruption case, in which MEP Eva Kaili is allegedly involved, are expected.

According to information from SKAI, the number of people being questioned is now six.

The revelations about Ms. Kaili’s possible involvement in a financing scandal from Qatar have caused a political earthquake in both Brussels and Athens.

Ms. Kaili is in custody.

The Belgian federal authorities are expected to issue a press release.

Initially the announcement was to be made at 1 p.m., however the representative of the Prosecutor’s Office informed a little while ago that there will be a delay of about two hours.

Suspension of activities for Kaili

In particular, the President of the European Parliament sent a letter to the Greek MEP on Saturday night, announcing that she is removing her from her duties in the wake of the investigations. Specifically it states:

“In light of the ongoing judicial investigation, I have decided to suspend with immediate effect all the powers, duties and tasks I have entrusted to you in your capacity as Vice-President of the European Parliament.”

Mrs. Kaili was deleted by PASOK and by the group of European Socialistswhile against the background of the case an unprecedented conflict broke out between PASOK and the government.

In addition to Ms Kaili, five more people were brought in and are being held by the Belgian authorities as part of an investigation carried out in Brussels by the Anti-Corruption Bureau.

Among them is said to be the partner of Ms. Kaili as well as her father, who tried to escape with a suitcase full of banknotes.

According to information from the Belgian newspaper L’Echo, Ms. Kaili spent the night in detention, as “bags of banknotes” were found in her house. The same newspaper reports that Mrs. Kaili was arrested on her own initiative, which is the only possible way to defeat parliamentary immunity.

According to the information, Ms. Kaili seems to have been under surveillance since last summer when the authorities began to have some evidence in their hands. According to Belgian and Italian media the thread was started by Mr Pantieri and some conversations he had with his family.

According to the Le Soir newspaper, Ms. Kaili, like the other four arrested who were taken to a hearing yesterday, will be brought before a competent judge within 48 hours, who will decide on possible arrest warrants.

According to the prosecutor, the judge will make announcements on Sunday morning before 12:00 without holding a press conference. An investigator and prosecutor will announce whether Ms. Kaili and the others will be charged or released. However, Belgian authorities have released little information so far on the case as investigations are ongoing.

What names are involved

In addition to Ms. Kaili, four more people are involved in the corruption case. The other four arrested are Ms. Kaili’s partner, Francesco Giorgi. Belgian authorities have searched his home and office, seizing documents, computers and hard drives. At the same time, he has sealed his office as well as Mrs. Kaili’s.

The former Socialist MEP (2004-2019), Pier Antonio Pancheri, is also in custody, at whose house 600,000 euros were found in garbage bags. At the same time, his husband and daughter were arrested in Bergamo, Italy.

The fifth person is Nicolo Figa Talamanca, director of the NGO, “No Peace Without Justice”.

“Block” in the visa for Qatar

Meanwhile, Green and Social Democrat MEPs will oppose on Monday the start of negotiations to liberalize the visa regime for Qatari citizens in the European Union under the weight of the revelations.